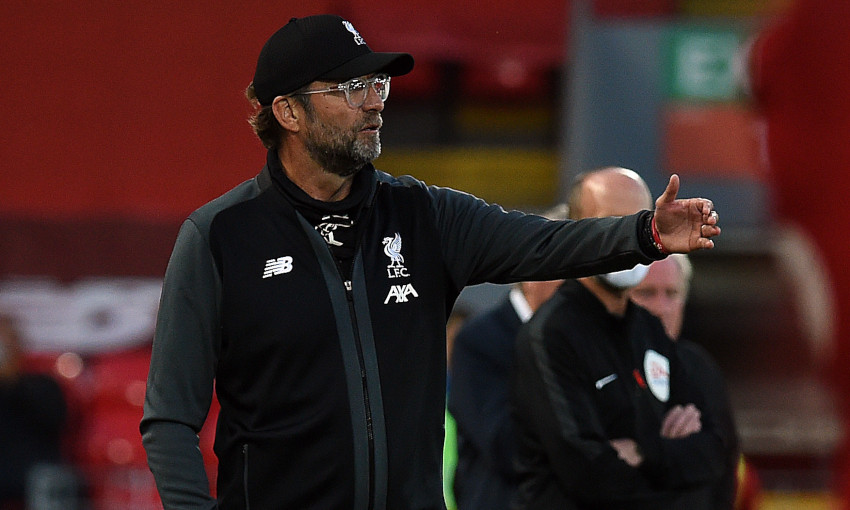 Jürgen Klopp has explained why he’s opted to name an unchanged team for this evening’s clash with Manchester City at Etihad Stadium.

The newly-crowned champions will deploy the same starting XI that so impressively defeated Crystal Palace on home soil eight days ago.

“Eight days, no need for massive changes,” Klopp told Liverpoolfc.com’s Match Centre. “We could have changed, but for this specific game now, against City you need pretty much the most experienced team.

“For all the different things City ask for in a game, you need to play rather from your belly than your brain, let me say it like this – that you really do it right instinctively. We have to be organised. We are champions now, but we cannot go into a City game and think, ‘Let’s have a look at what they will do’ – we know what they will do and it’s so difficult to defend, that’s why everybody struggles with it.

“So far we did quite well but we need to be ready to suffer in this game as well because if you don’t invest a lot and run a lot without getting the ball, we will not get it at all. If we are not brave in both departments – defending-wise and attacking-wise – we will not have a chance.

“I like these games, but they are always very, very difficult as well, so that’s why we decided for that line-up.”

Liverpool are able to welcome back James Milner into the matchday squad after a minor hamstring issue; however, Dejan Lovren is left out as a precautionary measure due to a slight knock.

“Shaq is back in training, he trained now completely normal, which helps. Dejan is not on the bench; it is nothing serious but for tonight he will not be involved.”