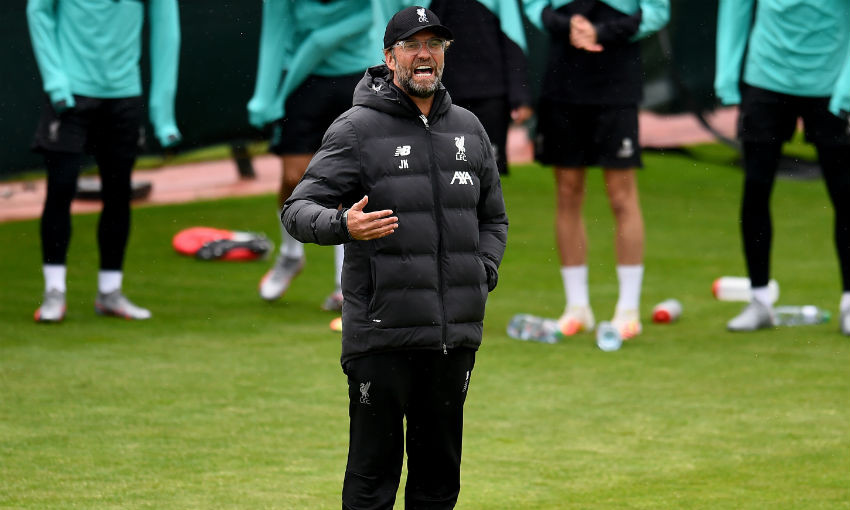 Jürgen Klopp insists Liverpool's celebrations from being crowned Premier League champions are firmly in the back mirror as they head to Manchester City on Thursday with full focus on the next task at hand.

The Reds, who secured the top-flight crown last week, travel to the home of the 2018-19 winners for a mouthwatering clash between first and second in the division.

City boss Pep Guardiola has confirmed his side will give the visitors a guard of honour prior to kick-off, with his counterpart appreciative of such a gesture.

But Klopp and his men will arrive at the Etihad Stadium determined to add another set of three points to their tally.

Speaking at his pre-match press conference on Wednesday afternoon, the Liverpool manager said: "I'm not sure if I ever got one but it's long ago that we won something in Germany. I don't know if it's a German tradition as well but it's an English tradition, a Premier League tradition.

"We take it, it's a nice gesture, 100 per cent. I wouldn't need it, to be honest, because we go there and want to play a football game and either way we want to win the football game.

"I don't celebrate things what happened a week before or stuff like that. Again, it's a nice gesture but that's it pretty much.

"The thing is, we have to play 38 games during a year and who wins most of them can win the league. That happened now for us for the first time. We will not defend the title or whatever next year, we will attack the next one.

"What we achieved last year, in this case last week, is something for the history books. The rest is just hard work.

Liverpool emerged 3-1 winners when the sides met at Anfield in November, with Fabinho, Mohamed Salah and Sadio Mane netting to open up an eight-point lead at the top of the standings.

Asked what he thinks Thursday's encounter will be like, Klopp replied: "Intense.

"I saw City play now already three times. I think they have played more often but I saw them playing three times and that looked like how City looks – massively dominant, making the pitch big, using direction, preparing direction, mix up of long balls to prepare the smaller space and the other way around.

"It's football and that's what we want to see from ourselves as well.

"I can't see a game where two teams are not active and two teams are waiting for the final whistle. This will be a proper football game, 100 per cent.

"It will always be a proper football game for whatever reason. There's no need for [it] being a final or something else.

"We had one 0-0 [with them] and that would be a really unlikely result, to be honest. We had one but they had to miss a penalty."