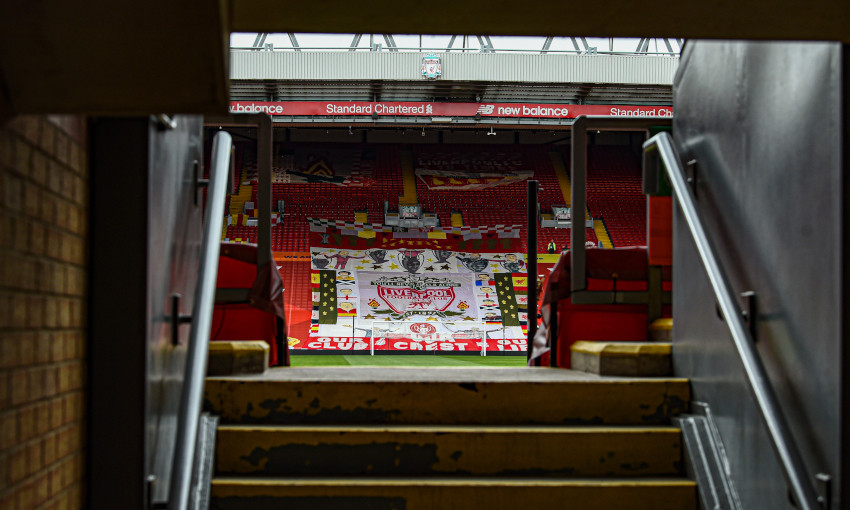 Jürgen Klopp cannot wait to see the ‘special’ decorations Liverpool supporters have laid out at Anfield for this evening’s clash with Crystal Palace.

With the fixture to be contested behind closed doors, fans - led by Spion Kop 1906 and Peter Carney - have draped numerous flags and banners on the Kop and around the stadium.

Klopp hasn’t had an opportunity to see how it looks just yet, but he’s keen for the first time he views it to be with his own eyes inside Anfield.

Speaking to Liverpoolfc.com exclusively from the team hotel for the new Match Centre, he said: “I didn’t see it yet – I didn’t want to see it, to be honest, because I am really looking forward to seeing it [tonight] for the first time.

“I am not surprised it is special. Of course I know, for plenty of reasons, we have very, very special supporters and I am very happy about that fact.

“We spoke this week to a few guys about a lot of things our supporters did during the lockdown [with] PPE, foodbanks and all of these things.

“[The supporters] are special, they are special, so hopefully they’ve had a nice idea for tonight – that would be cool.

Incredible. Unique. Scouse. Thanks to @SpionKop1906, @soccrinthecity and everyone who has helped 🙌 Tonight, the… https://t.co/S2iukMWyku