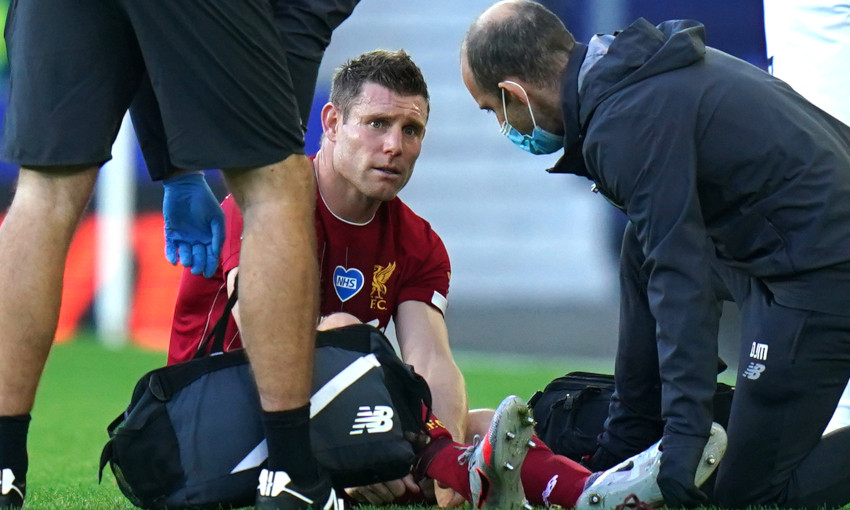 Jürgen Klopp offered an update on the fitness of James Milner and Joel Matip after the duo were forced from the field with knocks during Sunday’s goalless draw at Everton.

Milner was withdrawn shortly before half-time having pulled up, while Matip limped off in the second period following a challenge with Richarlison.

Klopp confirmed both players will require further assessment by the Reds’ medical team, but was hopeful neither issue is serious.

He told his post-match press conference: “Millie felt a hamstring a little bit, but we had this in the past. Millie is not often injured and hopefully it is not serious. He is smart enough to show up in the moment when he feels it, so hopefully it was the right moment.

“Maybe not Wednesday [he will be available for], but after that I would hope for.

“Joel was unlucky and we had to make a quick decision. It was a situation with Richarlison and he bent or stretched or his big toe.

“I don’t think a lot of people have had that; it is really painful, but hopefully it settles, the pain settles and then we will see. I hope nothing serious has happened, but I don’t know yet.”