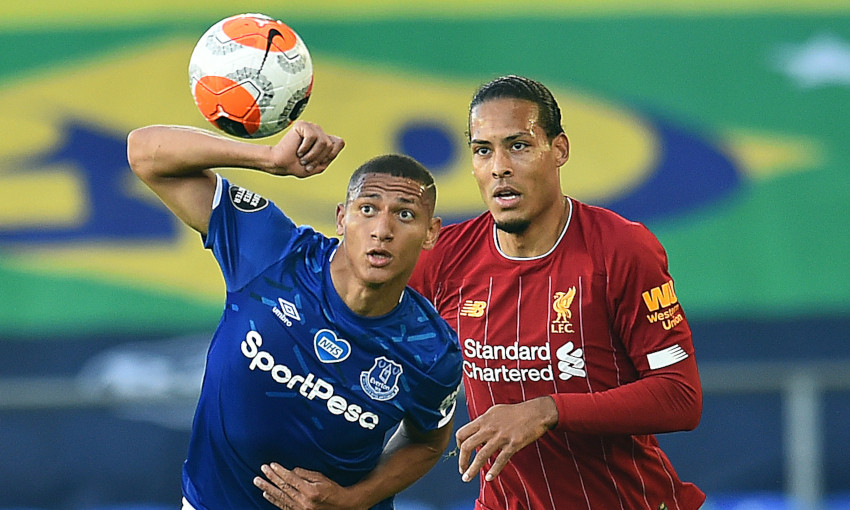 Liverpool returned to Premier League action with a goalless draw against Everton at Goodison Park on Sunday evening.

The Reds restarted their campaign with a Merseyside derby stalemate in a fixture contested behind closed doors at the home of their neighbours.

In only the third top-flight game Jürgen Klopp’s side have dropped points in this season, it was the Blues who went closest to winning it when Tom Davies struck the post late on.

The result did, however, extend Liverpool’s lead at the top to 23 points with eight games left to play.

Takumi Minamino was handed a start in attack with Mohamed Salah among the substitutes as he works his way back to full fitness following a minor knock.

Andy Robertson didn’t make the squad due to a slight issue, however, so James Milner deputised at left-back. Naby Keita and Joel Matip were also named in the XI.

One-hundred-and-six days since they last took to the field for competitive action, Liverpool resumed 2019-20 duties at Goodison Park.

Prior to kick-off, both teams observed a minute’s silence in memory of those who have lost their lives during the COVID-19 pandemic, before all players took a knee in a show of support for the Black Lives Matter movement.

With the action under way, Everton threatened first when Richarlison swept into the right-hand channel of the area and sent a low shot across goal that required Alisson Becker to push to safety.

At the other end, Minamino wriggled into a shooting position 20 yards out and lifted over Jordan Pickford’s crossbar.

On the half-hour, Matip met a set-piece delivery from the right from Trent Alexander-Arnold with a downward header that skipped beyond the post.

Then, on 35 minutes, and even better opportunity presented itself when Jordan Henderson and Sadio Mane intelligently swapped passes to tee up Roberto Firmino. The No.9 failed to connect as intended and scuffed off target from just inside the area.

Next, an Alexander-Arnold free-kick from range had Pickford pouncing into the bottom corner to thwart his England teammate; however, Liverpool suffered a blow when Milner limped out of the action in the 42nd minute, replaced by Joe Gomez. 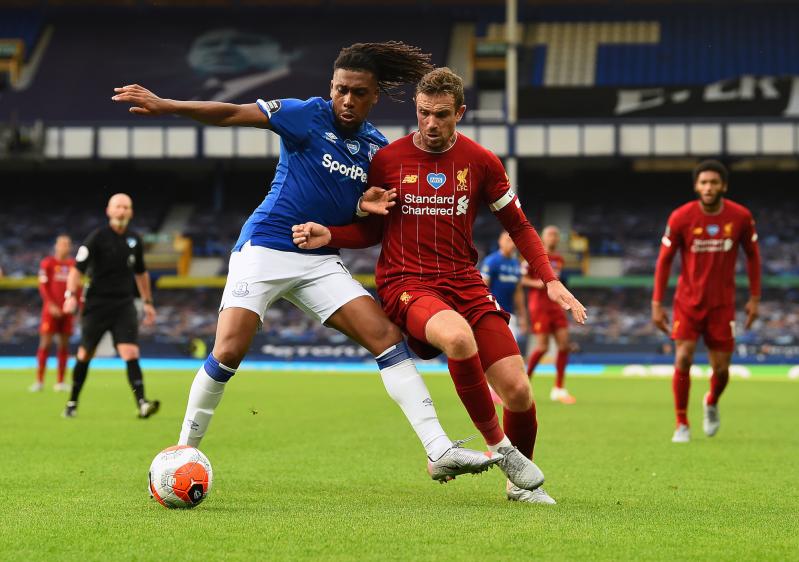 Alex Oxlade-Chamberlain also made his introduction to the contest during the interval, replacing Minamino.

The Reds were first to threaten in the second period when Virgil van Dijk nodded down at a corner, with the ball just evading Matip. Meanwhile, a sweeping Everton counter sent Richarlison bounding into space in the box, but he scooped over the frame of the goal.

Back at the other end, Alexander-Arnold’s sweetly-struck free-kick clipped the Blues’ wall and zipped over.

Georginio Wijnaldum and Divock Origi were the visitors’ next changes on 64 minutes, with Keita and Firmino withdrawn. A further enforced substitution soon followed, with Matip picking up a knock and Dejan Lovren replacing him.

With 10 minutes remaining, Liverpool were required to survive a major scare as Everton fashioned the game’s best opening. Dominic Calvert-Lewin’s audacious flick from Richarlison’s cross needed Alisson to palm to safety. Davies rattled the post with the follow-up before the Reds could clear.

From the resulting corner, Calvert-Lewin headed wide at the back post and, moments later, Alisson was called into action again, this time needed to repel a drive from Richarlison.

In stoppage-time, Fabinho had a free-kick tipped over the crossbar by Pickford as the contest ended in stalemate at Goodison.