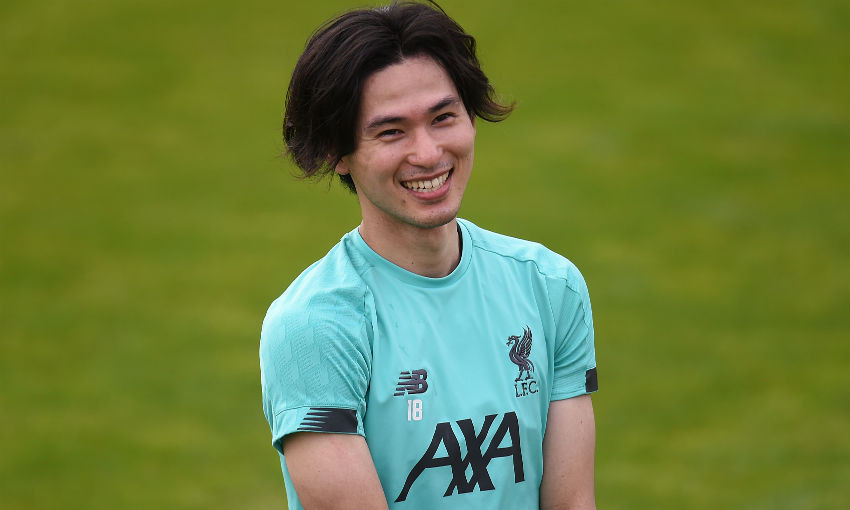 The Japan international has been with the Reds for around six-and-a-half months following his January transfer from Red Bull Salzburg.

Minamino and his teammates have, of course, not played since March due to the COVID-19 pandemic but, ahead of Sunday’s Premier League restart against Everton, Klopp stated that the 25-year-old is now accustomed to life at his new club.

“Oh yes, massively so,” the boss replied, when asked if time had helped Minamino’s settling-in process.

“Look, a new player is coming in and usually, how it is with us especially, you say, ‘Come on, the first two, three, four months you don’t really judge’. We don’t, but I know the public does and that means then we always have to explain why it’s not like this [and] why it’s not like that and all these things.

“And the more time you have, for whatever reason, the better it is and now we had four weeks [since Liverpool returned to training] - which is, by the way, the longest pre-season I ever had with any Liverpool side together. We were all together over that period and that’s a massive difference.

“Usually we have all together only one [week], or I think last year it was not even a week when Sadio came back, for example.

“Yes, it helped. It helped him [Minamino], it helped the young kids a lot. Neco, Curtis, Harvey, it helped them really [and] brought even more young kids up - Jake Cain and Leighton Clarkson, that’s so nice to see them and how much they get the benefit from the way we train and the way the other players treat them.

“So yes it helped and Taki, 100 per cent. He looks really different in the moment to the first three weeks when he tried to please everybody and do everything that we say, and that’s in a language he is not 100 per cent comfortable with.