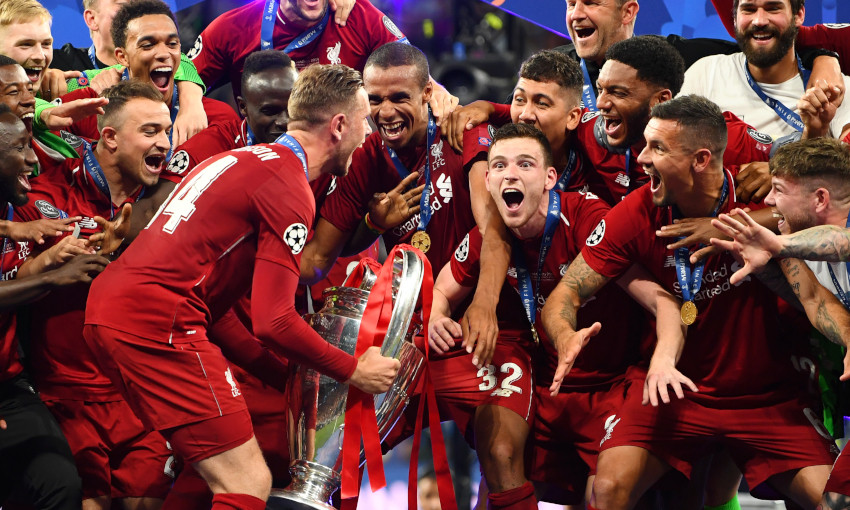 The Reds captain became the fifth man to hoist aloft Old Big Ears on the club’s behalf on June 1, 2019 after a 2-0 victory over Tottenham Hotspur in Madrid.

He marked the moment of history with a prolonged shuffle towards his teammates, increasing anticipation levels to their highest before finally raising the European Cup into the air as the squad celebrated around him.

Henderson’s unique approach to such a significant responsibility has since become his trademark as the midfielder repeated the trick when collecting the UEFA Super Cup and FIFA Club World Cup.

But, back at the beginning, back on that sweltering night in Spain, what started as a dressing-room joke he transformed into a defining image.

“Actually I didn’t really plan on doing that, to be honest,” Henderson explained to Liverpoolfc.com during a new, extended interview reflecting on events at Estadio Metropolitano a year ago.

“It was a little bit of banter in the changing rooms prior. Robbo was messing about, he’d always do the shuffle pretending to lift the trophy and stuff like that. So, when the time came I felt as though I just wanted to sort of do it together and use that sort of banter that we’d had previously in terms of the little shuffle and stuff.

“So, yeah, it was a little bit off the cuff, to be honest. After we did that [for] the Champions League the lads made sure I kept on doing it for the Super Cup and Club World Cup.”

He continued: “A lot of people enjoyed it, especially young kids and stuff. I had a lot of videos of kids doing it, doing the shuffle and stuff, so that was really nice.

“You don’t plan to do that when you are lifting the Champions League. You just want to go up and lift it, but it was just something that I felt was right because, like I say, the things that Robbo was doing previously and I just wanted to be able to see the lads before I lifted it. That was a special moment as well.”

After weeks of careful build-up, planning and preparations for a second consecutive crack at European football’s most prized trophy, Liverpool earned a penalty 22 seconds after kick-off.

Mohamed Salah thumped the spot-kick in to give his side a 1-0 lead that would remain in place for almost the entirety of the remainder of the final.

As Spurs pushed for an equaliser and both teams toiled in the Madrid humidity, substitute Divock Origi released the pressure valve with a precise low finish across the goalkeeper. 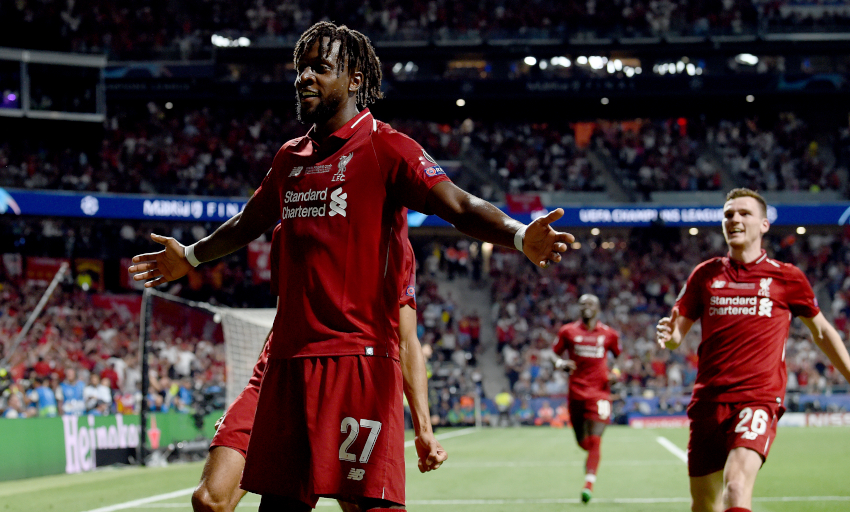 “It was a massive goal and a massive moment in the game,” said Henderson of his emotions as Origi’s finish settled in the bottom corner of the Tottenham net.

“But even still, and it’s 2-0, you are basically just giving everything, trying to defend as best you can, trying to keep the ball as long as you can until that final whistle goes.”

When the final whistle was blown, confirming the Reds as European champions, teeing up Henderson to follow in the footsteps of Emlyn Hughes, Phil Thompson, Graeme Souness and Steven Gerrard, the feelings were unrivalled.

“Every emotion you can think of really,” said the skipper of that moment. “Joy, relief, happiness, just everything that you could possibly think of.

“It was just the most special moment to hear that final whistle go, to know that all of the hard work and everything that we have done together in the past however many years, we actually got over the line and managed to win one of the greatest trophies ever, so it was everything I dreamt of and more really.

“You can’t compare that feeling with anything else. It’s so hard to explain now.

“It’s the best feeling I’ve ever had in my life. Obviously, people will say, ‘Well, when you have kids’ and stuff, which again of course is a totally unique and most special feeling in the world as well, but it’s different.

“Just everything that goes in with sport, the competitiveness and everything, it’s just a different feeling to when you have kids or anything else like that.

“It is so unique and it was an amazing feeling I hope I’ll never forget.”

Watch our extended interview with the captain on the one-year anniversary of Madrid 2019 on LFCTV GO.

Sign up now for a FREE one-month trial - you can cancel at any time.