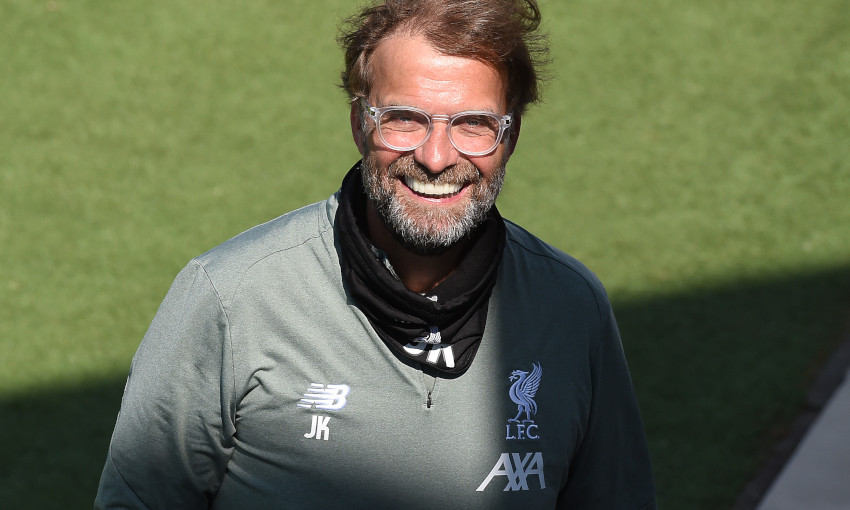 Back at Melwood | Day one photos as Reds return to training

Jürgen Klopp detailed the positive start to Liverpool's return to training – and the plans for the forthcoming period – as his players and staff came back to Melwood on Wednesday.

As part of phase one of the Premier League’s Return to Training Protocol, the Reds are today undertaking staggered workouts in small groups, maintaining social distancing, in the West Derby sunshine.

After overseeing the sessions for the first two groups, the manager spoke to Liverpoolfc.com via video link to discuss the practicalities and emotions of being back at Melwood.

Klopp went on to explain how this period represents a pre-season – potentially for both the current and next campaigns – as the squad builds up fitness following the suspension of football due to the COVID-19 pandemic.

Watch or read our interview with the boss now...

Jürgen, you’re back at Melwood and clearly very happy to be back. Can you run us through what must have been an unusual and emotional morning for you…

The morning started already really well – I woke up even earlier than usual, and then I realised it is my first day. It felt like the first day at school; for me, it was 46 years ago, but it must have been similar. I dressed myself in my uniform again – and for the right reason, for going to training. I drove to Melwood and was really happy to see all the boys. I didn’t see all the boys yet, I only saw 10 of them and the coaches, which is a good start, I would say. They all look in good spirits. The weather is brilliant here. Melwood is prepared for us; all one-way roads through the whole area and everything is prepared and set. We are ready to go and it was really nice to be back.

You’ve always spoken about how important every single person is at Melwood, it’s not just the players – it’s all the members of staff. You must be feeling that even more than ever now, as people and professionals…

It’s absolutely brilliant. Melwood was busy through the whole period, not with training but the chefs were here cooking for the players and stuff like this, delivery services, and all this kind of stuff. So, a lot of things happened here at Melwood but not the football stuff. So now coming back and seeing how it is prepared is brilliant. Ray Haughan did an outstanding job to put all the people pretty much in place. As I said, it’s all one-way roads. If you are in the wrong place and have to go to the toilet you need nearly half an hour, but that’s how life is in the moment. It’s all different but we have to get used to it and then we have to use it. In the moment when you got used to it, then you start with the right things. Today we started with training, good things, not the highest intensity but the boys look in good shape. We don’t know exactly how long we have, but we have some time to prepare the rest of this season and already the next season because I don’t think there will be a massive break between the two. We don’t know exactly but we should prepare for a rather shorter break between the two seasons. It means that’s our training period, so use it.

How closely will this period resemble a pre-season, then? Will it be similar? Are you almost starting again fitness-wise?

It’s a pre-season for us. We don’t know how long and we will not have test games or friendlies, not really; maybe we can organise it between us when we are allowed to, but it will not be the same like in other pre-seasons. But, no, it’s a pre-season. Usually our players have two or three weeks’ holiday a year, now they had nine weeks off. It was not a holiday but it was nine weeks off. That’s good from one point of view – finally they got a real rest. On the other side, of course, you cannot rest when you are worried about the situation in the world, not in the same way like you do on a proper holiday. But it’s the situation and we have to make sure, and we will – we already did the testing, so we know how fit the players are or how fit the individual player is – and then work from that. That is like it is in a pre-season. Then we have to make sure we are as fit as possible for the first match; even for the second; and probably, 100 per cent, for the third. Or whatever, it depends how long we will get.

You’ve had that first look this morning with two groups of the boys being in. How did it look and did it feel as you hoped and expected it would?

Perfect, absolutely perfect. The sessions were perfectly organised, it is all about football. It’s little things, getting used to the pitch, boots and ball, turns, passes, half-passes, softer passes, running, little accelerations and stuff like that. Little finishes, not proper shooting but little finishes, all this stuff. It looked really, really good, I have to say. If anybody was worried from our fans, you don’t have to – the boys are in good shape.

Yourself, Pep, Pete, John and all the staff are so creative with sessions anyway, but will you have to be especially creative in these weeks ahead to ensure the intensity that you need is there without the normal contact?

Of course. It is easy to entertain the boys usually, to be honest, because you throw a ball there and say, ‘play’ – two goals, a ball and the boys are entertained and they do some stuff, which always you can use. Pre-season is always the most creative period of the year, but now because we are not allowed to play small-sided games or in general [have] challenges, that cuts out two very important things in football, but it’s no problem. We know that, it is for all the same, so yes, we have to be creative so that we are entertained and don’t get bored by our own sessions and for the boys as well. It is always easier if you enjoy something, if you enjoy the things you do, you are ready for more intensity – and, of course, we have to increase intensity. So, for that there will be a few things. I don’t think anybody ever wrote a football book and thought about a pandemic in that moment and said, ‘OK, it is not allowed to be closer to each other than two metres’, so that is not there and we have to be creative and we will. 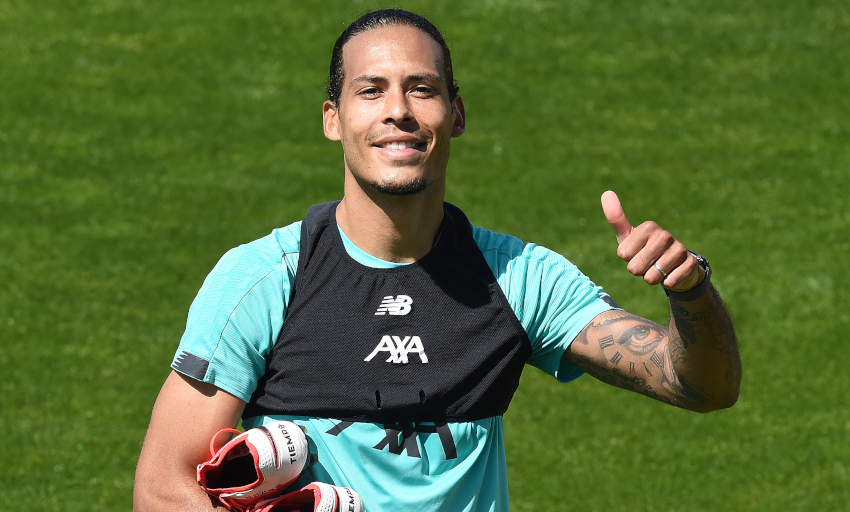 In terms of general availability, is everyone fit to train at the moment? There were just a couple of players unavailable before the last game...

Yes, the group is there. They are all fit and hopefully it stays like this, of course.

This is obviously the first step of a carefully phased process. Are you aiming towards a particular date for matches or is it all about focusing on being together and getting fit?

From a sports science point of view, it is a proper challenge to prepare for something when you don’t know when it will happen. That’s 25, 26 or 28 players when for one moment, you should be ready – but that’s the job to do. It’s how it is. I enjoy these problems much more than the problems I had [with training] in the last few weeks, so it’s our job and we will find a solution for that. The league decided they would let us start training, the protocols from the league [are] brilliant. It is not easy to do, to fulfil all that, but we did it and so now we are here and we can start training in a very, very safe place. Then hopefully for all of us we will get good news because that always would mean the development was in the right direction for the whole country and then for the league as well. We prepare for the future; when the future will start, we don’t know yet.

This first step must feel reassuring for you and the guys there, but also for the fans seeing the things coming out of Melwood today. Just seeing you back there will give them a lift and that reassuring feeling…

I hope, I hope that all the people watch the footage today and see us back. It is a commercial for Liverpool football because the weather is brilliant, Melwood a completely silent place, five players on one pitch and you don’t get mixed up [with], ‘Who is that?’ – you see exactly who is who in which situations. The boys are full of smiles, in really, really good spirits. The session was nice, not too intensive, so if you can watch it I would recommend it because I enjoyed it already – and I will see it another two times today, so lucky me!