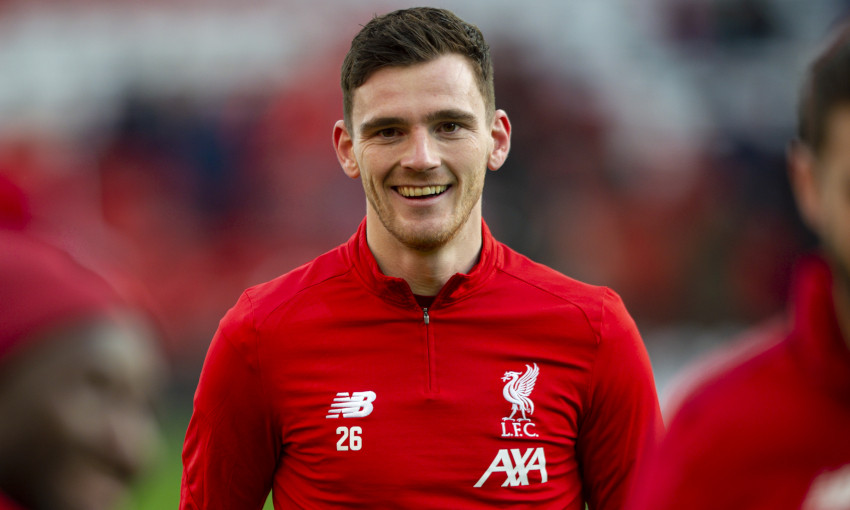 Andy Robertson's target is to spend the rest of his career with Liverpool.

The Scotland captain has now been at the club for almost three years, establishing himself as a fan favourite and collecting winner’s medals in the Champions League, UEFA Super Cup and FIFA Club World Cup along the way.

Having started out in the youth ranks at Celtic and represented Queen’s Park and Dundee United in his home country before moving south to Hull City, he joined the Reds in 2017.

Robertson’s primary aim is now to maintain the standards that made him integral to Liverpool’s recent successes sufficiently to remain at Anfield for as long as possible.

“My ideal situation just now is to retire at Liverpool,” the left-back told BT Sport when asked if he would like to play in Scotland again at some point before retiring.

“It’s going to be quite hard but I would love to be able to finish my career here. If I can keep my standards as high up to a James Milner type of age, I would be quite happy with that and call it a day then.

“I’d always said I would love to pull on the Celtic top to play; I obviously played for Dundee United, which I loved. Look, you never say never.

“You’re a long time retired, as they say, and I want to play as long as I can. If that’s finishing up in Scotland or at one point going up to Scotland, I’d be open to it. But my ideal situation is probably finishing and hopefully a couple more trophies at Liverpool.”