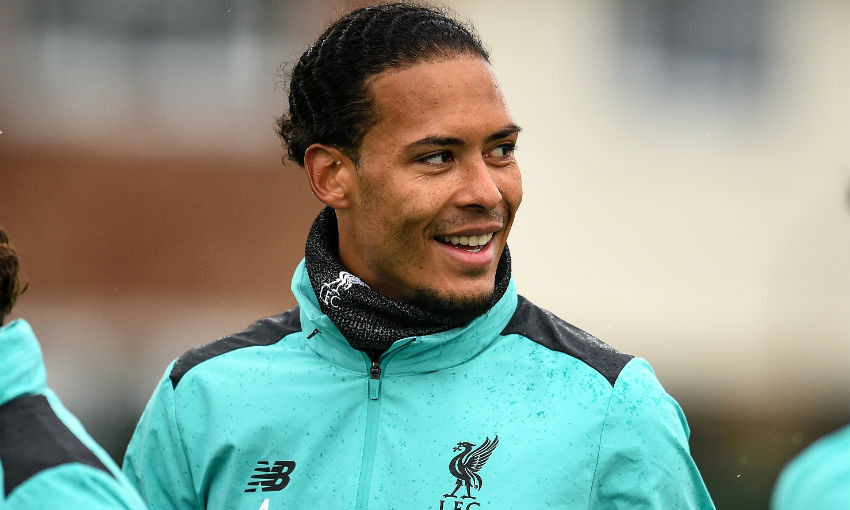 Virgil van Dijk believes the demands placed upon on him by Jürgen Klopp and Liverpool have been fundamental in helping him elevate his game to its current levels.

Since arriving at Anfield in January 2018, the centre-back has swept up a host of individual accolades, including both the PFA Players’ Player of the Year and UEFA Men’s Player of the Year for his form last season, as well as a second-place finish in the Ballon d’Or.

Collectively, Van Dijk has played a key role alongside his teammates in the Reds’ haul of Champions League, UEFA Super Cup and FIFA Club World Cup trophies, as well as their outstanding Premier League form.

And the 28-year-old feels reaching such heights has been achievable because of the expectations of his manager and the requirements of representing Liverpool.

He told BT Sport: “To be absolutely honest, in the first six months that I joined we had more training sessions. It was intense, there were a lot of different things that were going to be asked of me. And I enjoyed it, I enjoyed it a lot – the hard work, the discussions that I had with certain players about the way Liverpool, the way we, play.

“The manager demands a lot from me and it all helped me become the player I am today. It’s a lot of tactical work, a lot of thinking. Obviously as a defender we try to keep a high line, try to put the opponent under pressure at all times. You leave a lot of space sometimes behind you so you had to deal with that as well.

“But it’s something I definitely enjoy and I knew before I joined the club this is something I had to work on in the beginning but it would definitely be something that I enjoy. And so far, so good.”

Can’t wait to be back out there! 😅 https://t.co/DESpl9drQe

Despite the levels Van Dijk has reached in terms of his personal performances in the last two-and-a-half years, the Netherlands captain remains committed to trying to enhance his game even further.

“There is always room for improvement; I know it and I just try to keep looking for it and keep working on it,” continued the No.4.

“With the help of all my teammates and obviously the manager, and also the manager of the national team – Ronald Koeman – that will definitely help me get better even now. So, I just keep doing that.”

Van Dijk and his colleagues are currently training remotely due to the COVID-19 pandemic.

The Liverpool squad are undertaking group fitness work via video link, as well as individual sessions supported by the fitness team.

“Obviously we try to keep in touch daily through our group chat,” said Van Dijk. “But obviously it’s strange, it’s a strange situation for all of us, for everyone in the world – in any profession that everyone is doing. We have to adapt, we have to do things differently.

“On the fitness part, I just try to stay as fit as possible, do all the sessions we’re planning to do with the team. And make sure I’m ready for when the league restarts. Then we’ll see what might happen.”