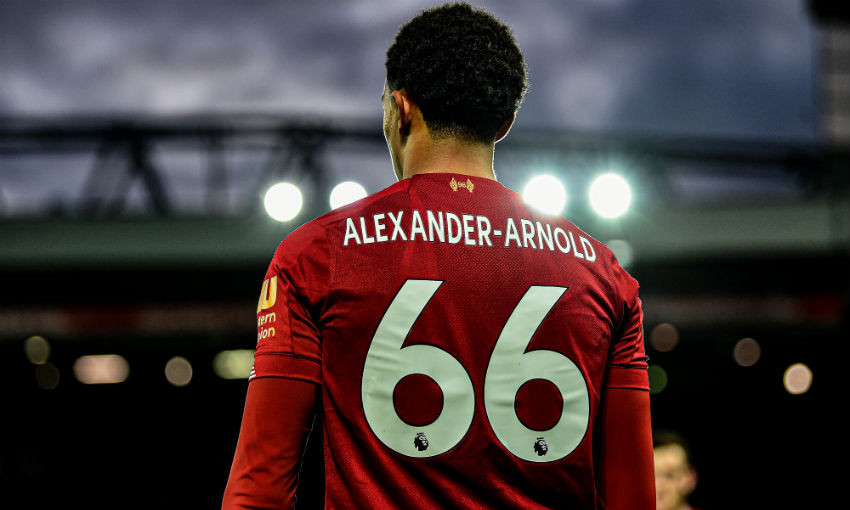 It's a shirt number Trent Alexander-Arnold has made popular with his achievements at a tender age, but just why does the Scouser wear No.66 for Liverpool?

The answer is not that it holds personal significance; nor is it an attempt to create a unique identity within the game.

Instead, it was a result of someone carrying out a relatively common task within their job.

It turns out Lee Radcliffe, the club's kit management coordinator, is the reason why Alexander-Arnold and so many of his young admirers now bear the No.66 on the back of their Liverpool shirts.

Little did Radcliffe know what would go on to happen in the years following his routine act, carried out when Alexander-Arnold first progressed to Melwood from the Kirkby Academy, where he had been since the age of six.

"When we get any young lads that come down from the Academy, we always deliberately try to give them a high-ish number," Radcliffe explains to Liverpoolfc.com.

"We don't like to give them a low number in case they sort of think they've made it straight away, if you know what I mean.

"You pick it out because it's a free number and it's around that sort of number you think, 'We'll give that out because he's only just come down'.

"When you see him now lifting trophies and celebrating with No.66 on the back, it's a weird feeling and I can't really describe it. It's weird to see such a high number and for someone to be happy with it!

"Someone like Trent has just been happy to be around the first team and obviously doesn't realise how good he is. He doesn't really ask for anything, to be honest.

"I think he's that laidback that he's obviously been given the number and thought, 'Yeah, that'll do me. I'll keep that', and not realised how iconic it's become over the years."

Alexander-Arnold's first senior appearance for the Reds arrived in 2015 when, aged 16, he started in a pre-season friendly at Swindon Town.

He wore a nameless No.2 shirt that afternoon before receiving his next first-team opportunity the following summer away at Tranmere Rovers, where the No.66 awaited him. 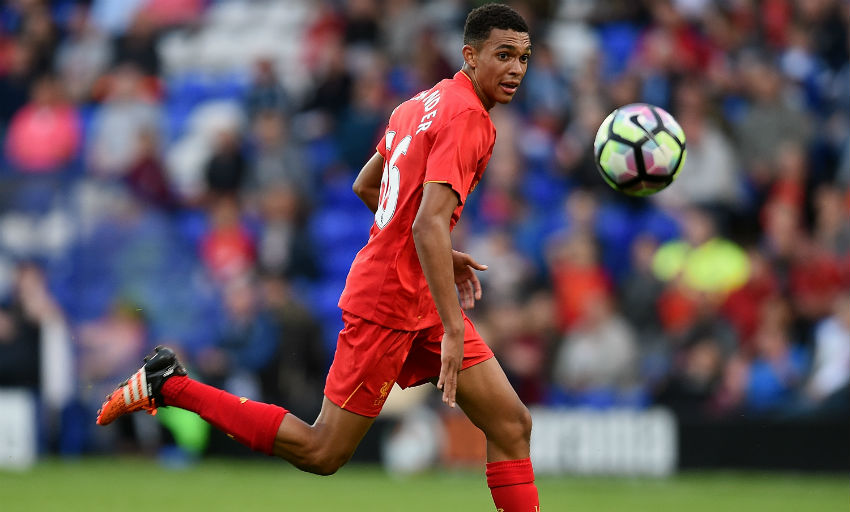 Radcliffe continues: "Generally what you get after maybe a year – if they stay in and around the first team – is that request to see if they can move down a number.

"But obviously Trent's got quite attached to the number. He's never asked once [to change it].

"But after his first season and when you realised how good he was going to be, we always used to say, 'Ah, it won't be long now before we get that changed'.

"We always used to keep his training kit and match shirt until the last minute in case we got that call, 'Trent wants his number lowering'.

"It's just never happened and he's obviously happy with it.

"Now because it's actually been kept by Trent, I think it's already quite an iconic number and it's only going to become more iconic I suppose as the years go by and the more games Trent plays.

"I think it's a number quite close to a lot of fans' hearts now, as well as staff, because it's a local lad that's come through.

"The amount of kids you see walking around in a '66', it's weird that it's actually stuck. It was one of them that you give out and expect a year later that it'll get passed on to someone else."

Whether Radcliffe will ever take that phone call regarding a change remains to be seen.

During a Twitter Q&A with fans in February, Alexander-Arnold admitted he didn't know whether he would keep that squad number for his entire career.

So far, the right-back has racked up 125 competitive appearances for the club as No.66, winning the Champions League, FIFA Club World Cup and UEFA Super Cup along the way.

And yet, the 21-year-old remains the same well-mannered individual that quietly first walked through the door at the West Derby training complex.

"He's unbelievable," Radcliffe, who was promoted to his current role in 2011-12, finishes. "Trent just came down [to Melwood] and his manners were unbelievable for such a young lad.

"He was obviously quite quiet – and I think he still is now, even though he's in with the main crew of Hendo, Chambo etc. When he's in that group he's quite lively within that group, which is good.

"But apart from that, you still see him with Ben Woodburn and he'll walk past like, 'Good morning, Lee'. He just doesn't complain.

"If it's a game and he wants a long-sleeve compression top, he'll come in the kit room at Anfield and he'll be like, 'Oh Lee, can I have a long-sleeve top please?'

"Everything is just nice in the way he asks."