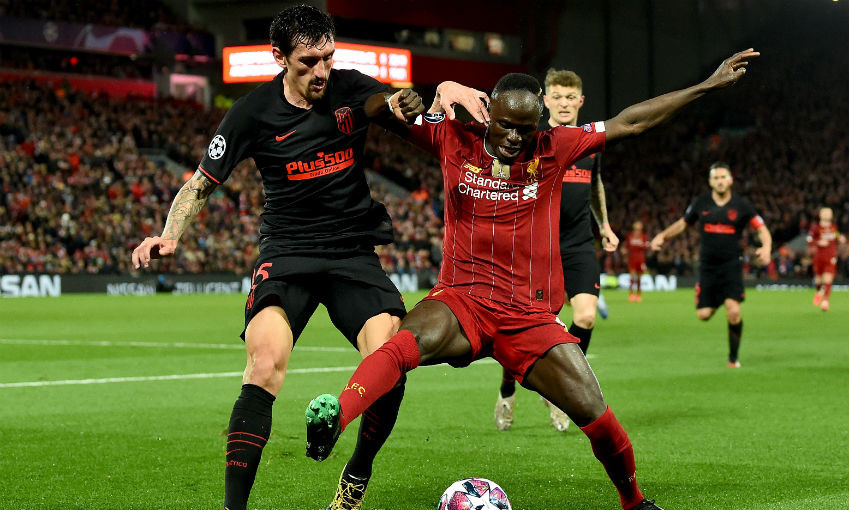 Liverpool were eliminated from the Champions League 4-2 on aggregate after Atletico Madrid claimed a 3-2 victory after extra-time in the second leg of their last-16 tie.

Facing a 1-0 deficit from the first leg, the Reds dominated for the vast majority of the 120 minutes at Anfield and appeared to be heading to the quarter-finals when Roberto Firmino struck four minutes into extra-time.

The No.9’s close-range finish added to Georginio Wijnaldum’s fine header, which levelled the tie in the 43rd minute.

However, a pair of long-range Marcos Llorente goals before the interval in the added 30 minutes gave Atletico an unassailable advantage that was added to in stoppage time of extra-time by Alvaro Morata.

Jürgen Klopp’s side’s defence of the trophy therefore comes to an end.

Jordan Henderson returned to Liverpool’s starting XI as one of two changes made by Klopp, with Andy Robertson coming back in at left-back.

James Milner and Fabinho dropped down to the bench. 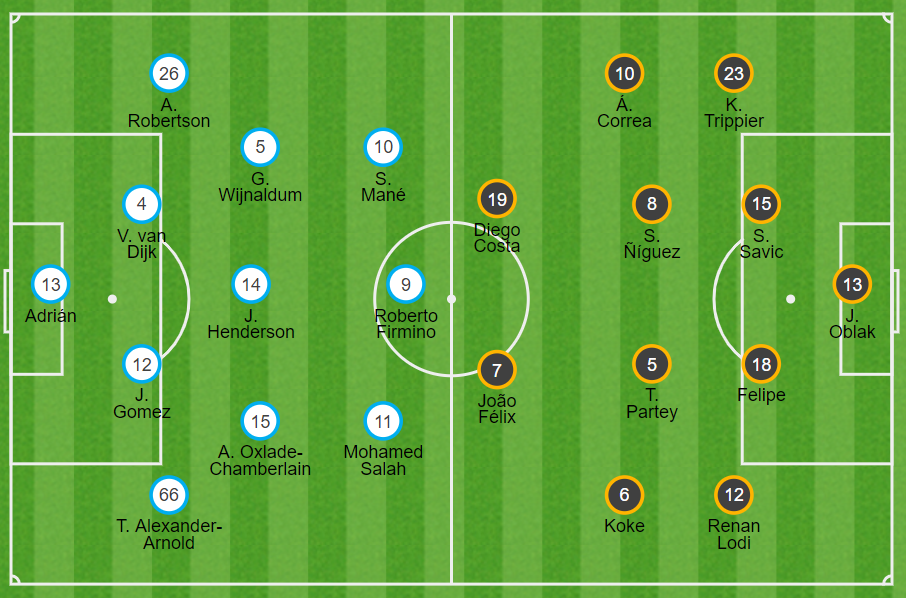 From the off, Anfield fizzed and crackled with the kind of ear-splitting noise heard routinely on these nights - and the expected pattern of the game was set immediately, too.

Liverpool controlled the ball and zipped it about on the slick surface, with their first attempt on target arriving five minutes in when Trent Alexander-Arnold’s cross was glanced into Jan Oblak’s grasp by Wijnaldum.

Mohamed Salah curled a shot over the crossbar after Sadio Mane had regained possession and dribbled inside with menace, before Alex Oxlade-Chamberlain’s low drive was palmed away by Oblak.

The next chance was Atletico’s, though, Felipe heading a corner wide at the near post as the visitors served notice of their threat with a well-crafted counter.

The ferocious tempo and competitive edge of both teams showed no sign of abating and the decibel level inside Anfield rose again when the Reds carved out two half-opportunities in quick succession.

First, Salah’s wondrous first touch and steely upper-body strength bought him the space to pick out Mane after he’d brought Alexander-Arnold’s sensational pass under his spell, but the No.10’s first-time shot was straight at Oblak.

Then, Alexander-Arnold’s cross narrowly evaded a sliding Firmino in the area.

However, with two minutes of the half remaining, Liverpool got the breakthrough when Oxlade-Chamberlain dug out a brilliant delivery from the right and Wijnaldum powered a downwards header into Oblak’s bottom corner. 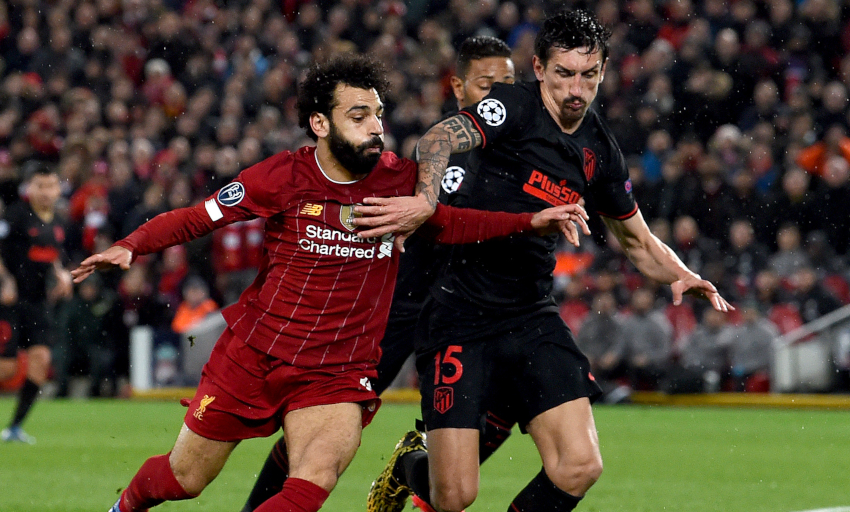 Salah, freed by Wijnaldum’s lofted pass, tested Oblak from a tight angle within three minutes of the restart as Liverpool sought to maintain the momentum built up prior to the break.

Oblak was again required to keep Atletico level in the tie when Oxlade-Chamberlain took aim from distance, the away goalkeeper this time getting down to turn the No.15’s effort wide.

Another sublime Alexander-Arnold delivery - on this occasion from a dead ball - then enabled Firmino to volley goalwards at the back post, with Oblak again equal to the attempt.

A rare foray forward from the away side brought Adrian into the action; the Reds’ ‘keeper initially spilling Joao Felix’s strike before reacting rapidly to smother the loose ball.

That represented only a brief respite for Atletico, though, as wave after wave of Liverpool attack continued to crash down on their increasingly stretched backline.

There were 67 minutes gone when Robertson hit the crossbar, the left-back unable to keep his close-range header down once Salah’s shot had deflected and looped into his vicinity.

A long-range blast from Alexander-Arnold followed quickly, which Oblak was able to parry away, prior to Robertson skewing his shot wide from a neat cut-back by his opposite full-back.

Klopp introduced Milner as the clock ticked beyond the 80-minute mark and the vice-captain’s cross from the left fashioned an opening for Mane, who sent an overhead kick over the bar from Wijnaldum’s knockdown.

There was still time for one more chance before the tie went to extra-time, too, with Salah dancing away from Koke and Renan Lodi before blasting over the bar.

Liverpool had already called Oblak into action once again – the ‘keeper stopping Wijnaldum’s low drive – before they were finally rewarded for their relentless enterprise.

Firmino initially nodded Wijnaldum’s cross onto the post, but then slotted in the rebound to edge the Reds into the lead in the tie for the first time.

But, just three minutes later, Atletico held the advantage again when Llorente collected Felix's pass and found the bottom corner from range – and the same player went on to deliver a hammer-blow to the Reds’ hopes in stoppage time of the first period of extra-time by again dispatching another shot from distance.

And, with Liverpool pushed on in search of an unlikely fightback, Morata added a third on the break in the 121st minute.