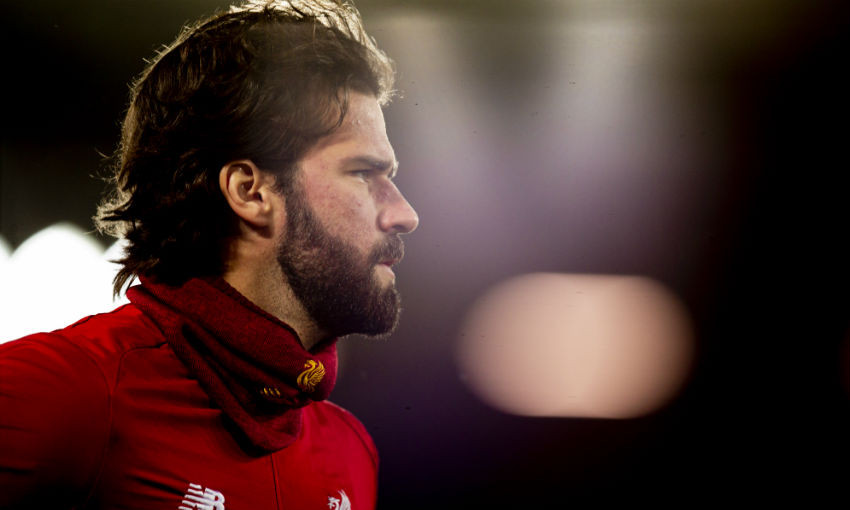 Alisson Becker is ruled out of Saturday's Premier League clash with Bournemouth after suffering a muscle injury.

The Liverpool goalkeeper picked up the issue ahead of the midweek FA Cup tie at Chelsea and a scan confirmed he cannot feature this weekend.

“Unfortunately Ali is out,” said Jürgen Klopp at his pre-match press conference.

“He had a little incident in training before the Chelsea game. We all thought it was nothing and it was clear he would not play anyway, the plan was he was on the bench.

“There, we thought, ‘Come on, we don’t have to take any risks’ so left him out of the squad. [There was a] scan the next day and they found something. So now he is out. We will see - next week [out], for sure, and then we will see.”

On the specific nature of the injury, the manager added: “Muscle, slight, in the hip region. A small muscle. You [the reporters] could all do your work still but a professional goalkeeper is slightly different. That’s the situation.”

“No, next week not [available],” said the boss.

“I don’t want to say no [for the Merseyside derby] but I don’t know if he will be available. He is not available for the next week, not for tomorrow and not the next week.

“Then we have to judge the situation new. I would say after the international break he is back 100 per cent, whatever we can get before that we will see.”

Elsewhere, Klopp revealed Naby Keita has been back in training, Jordan Henderson remains unavailable but is targeting a return for the tie with Atletico, and Xherdan Shaqiri is still sidelined.