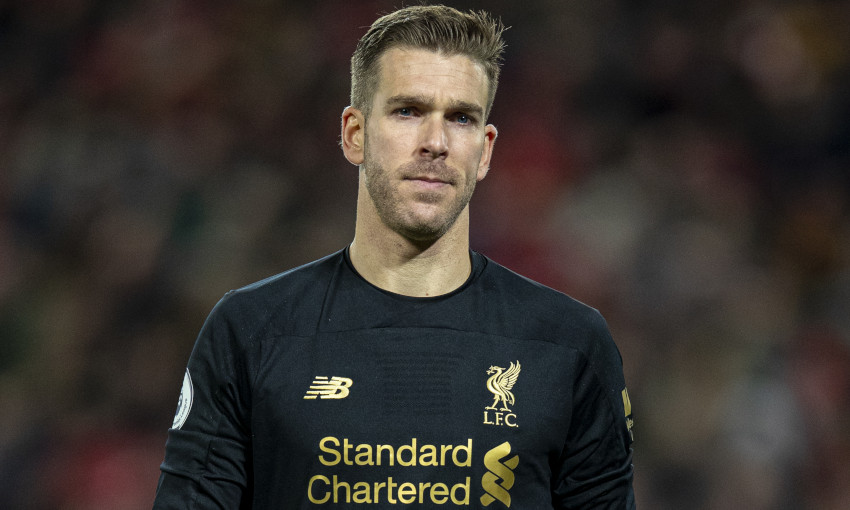 Adrian is set to continue in goal for Liverpool with Alisson Becker ruled out of Saturday's Premier League clash with Bournemouth.

Jürgen Klopp revealed at his pre-match press conference that Alisson will miss at least the next two Reds games after suffering a muscle injury earlier this week.

“He is not available for the next week, not for tomorrow and not the next week,” the manager explained to reporters at Melwood on Friday.

“Then we have to judge the situation new. I would say after the international break he is back 100 per cent, whatever we can get before that we will see.”

Adrian, who started the FA Cup defeat by Chelsea last time out, is therefore in line to deputise for Alisson as the Cherries visit Anfield for a lunchtime kick-off.

Naby Keita could come into contention for Liverpool having returned to training this week but Jordan Henderson will not be considered as he targets a comeback against Atletico Madrid next Wednesday.

Xherdan Shaqiri is still sidelined, too.

Mohamed Salah will reach a century of Premier League appearances for the club if he features, as the Reds aim to set an all-time English top-flight record of 22 consecutive home wins.

For Bournemouth, meanwhile, Lloyd Kelly may be in contention. The full-back resumed full training this week after spending much of the campaign on the sidelines with ankle and thigh injuries.

Of the Liverpool loanee’s absence, Howe said: “It’s a blow for us because Harry has been excellent for us this season. But when you take a loan player, you know it’s going to happen.”

Howe also discussed the challenge awaiting his side at Anfield during his pre-match press conference.

The Cherries’ boss said: “We know this weekend is probably the ultimate test this season. We’ve got to rise to it, embrace it and attack it.

“I think consistency is their standout quality, they’ve got quality players and an outstanding manager and the way they play is so difficult to play against.

“However, to reproduce that quality week on week stands out.”