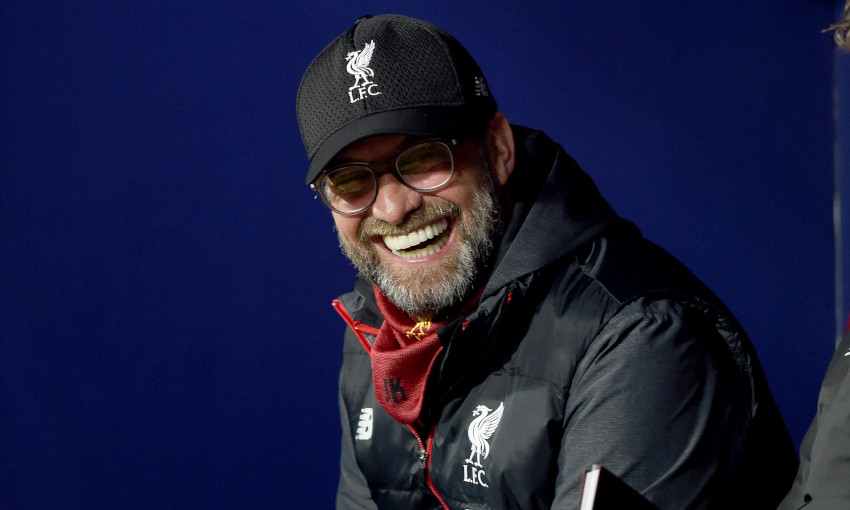 Jürgen Klopp revealed his WhatsApp conversation list was buzzing with activity on Thursday as he shared the club’s hilarious spoof team meeting video with his contacts.

In association with Chaokoh, Jordan Henderson, Andy Robertson, Roberto Firmino, Dejan Lovren, Joel Matip and Curtis Jones starred in a mockumentary-style clip, in which they held a brainstorming session to come up with ideas for a promotional video for the official Liverpool FC partner.

The five-minute film was a viral success following its release – and Klopp was among the many who enjoyed its content, sending it to friends and colleagues via his mobile phone.

Asked for his reaction to it during his pre-Watford press conference, the manager said: “Hilarious! But not all of them [could make it in Hollywood], maybe!

“It’s long, long ago that in a WhatsApp conversation, if it’s not football-related, that I was the first one to send a message because I usually only reply, otherwise I would have the full day on the phone.

“But this specific video I think I spread across the world! I was so proud, it was so funny and I loved how they did it. Whoever in the club had the idea to do that was brilliant.

“We have enough problems around the world, so if you can see something like that and it’s smart and funny, I love that a lot.

“Yesterday we spoke a lot about it, to be honest.

“Joel Matip… I think for a lot of people that's the first time they heard him speaking! Usually you have to throw a ball on the ground and he starts talking, but now everyone knows he can do it – even in a situation like this!”