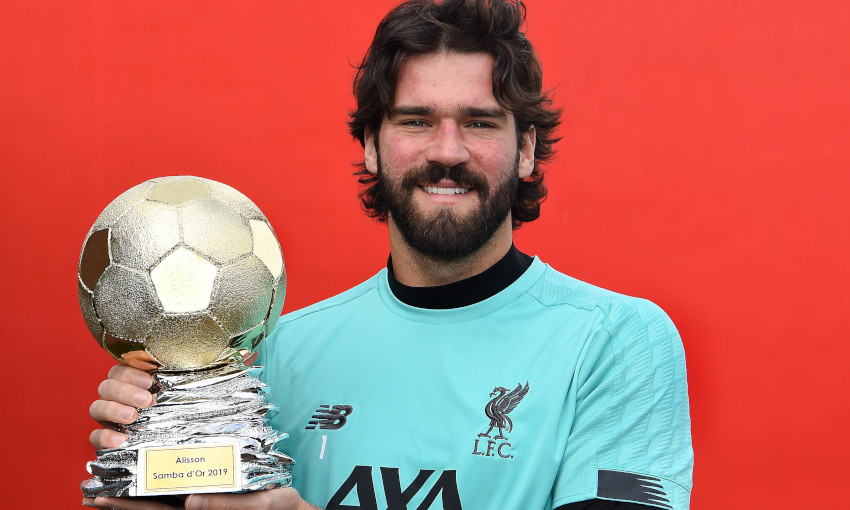 The Liverpool No.1 became the first goalkeeper ever to win the individual accolade – presented to the Brazilian player voted the best in Europe – earlier this year.

He collected the trophy on Thursday having helped the Reds to Champions League and FIFA Club World Cup glory and his country to Copa America success last year.

Alisson received 35.54 per cent of the votes from fans, journalists and former players to edge out the previous winner – Liverpool teammate Roberto Firmino.

The stopper has registered 12 clean sheets in all competitions so far this season after returning from a two-month injury lay-off.