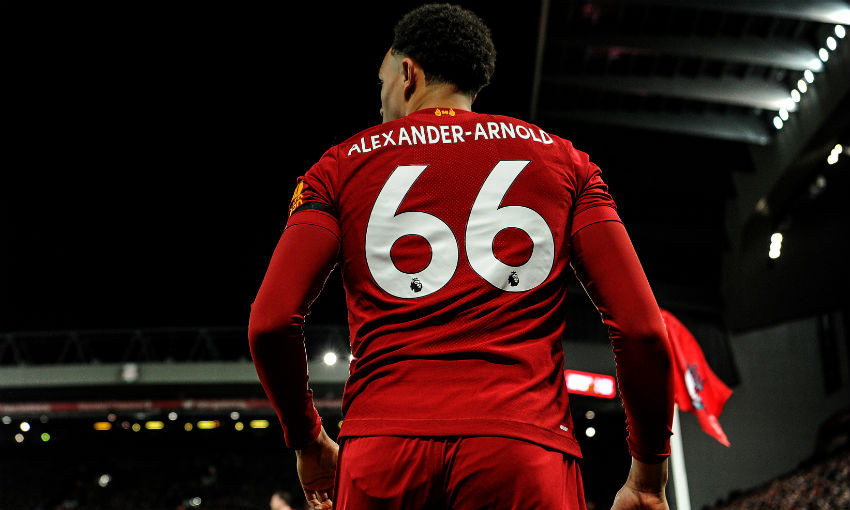 Trent Alexander-Arnold was looking ahead to Liverpool's next Premier League challenge just a matter of minutes after his Man of the Match display in the victory over West Ham United.

The 3-2 result at Anfield on Monday night restored the Reds' 22-point advantage at the top of the Premier League and puts them four wins away from becoming champions.

Next up on the schedule is a trip to Watford on Saturday evening and Alexander-Arnold has his sights on securing another valuable three points.

"Obviously we're quite close but they're four very tough games," the No.66 told Liverpoolfc.com. "Anything can happen in the Premier League and we've learned that over the course of our time playing in it, it's difficult for us.

"It will be difficult, we understand that but our main focus is on the next game and recovering for that because going to Watford is not an easy task and teams have learned that over the course of the season.

"We learned that when they came here, it was a tough game. We scored in the last minute in that game, so it was a tight one. And we understand that, with the new manager that they've brought in, it's difficult to break them down.

"So for us, our mentality needs to be 100 per cent and we just need to focus on that and then after that we'll focus on the next game."

In addition to leaving Vicarage Road with a victory, Alexander-Arnold is also out to break his own record for the most assists by a defender in a single Premier League campaign.

The 21-year-old full-back matched last season's tally of 12 by setting up two goals against West Ham and became the third-youngest player to record 25 Premier League assists, behind Cesc Fabregas and Wayne Rooney.

Alexander-Arnold continued: "I'm happy to help the team as much as possible.

"That was my aim going into the season – to get over 10 again. And as the season's went on, it's been about trying to push the limits and try to break as many records as I can, try to push myself as far as I can, try to help the team as much as possible and get assists, goals and contributions.

"Obviously clean sheets first and foremost, but going forward I've tried to get as many assists as possible.

"I've equalled that record and now I'll look to push on and try to break it."