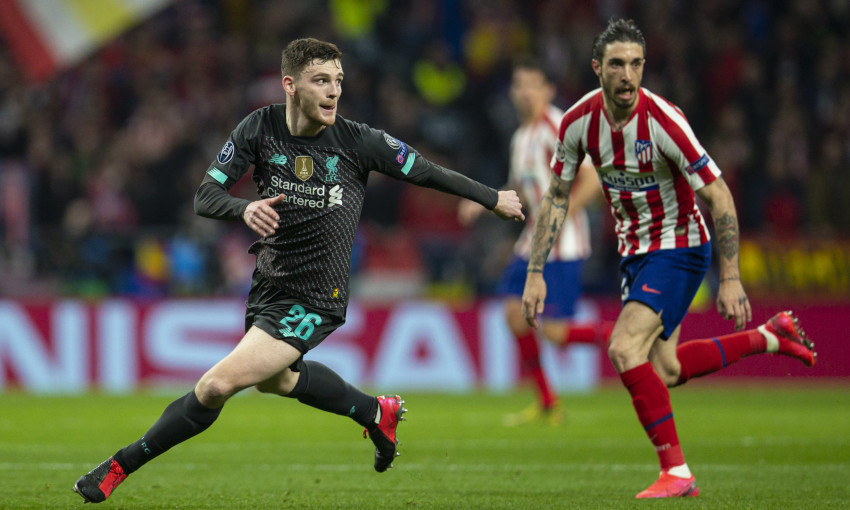 Liverpool can use their frustrating night in Spain as motivation to overturn a 1-0 deficit against Atletico Madrid, according to Andy Robertson.

The Champions League holders were beaten at Estadio Metropolitano as they found no way through a firm Atleti defence after Saul Niguez gave the hosts the lead just four minutes into the first leg.

Robertson rued the difficulties the Reds ran into as their La Liga opponents diligently sat deep and blocked space, but insists the tie remains very much alive.

“Tough one,” he told Liverpoolfc.com.

“Obviously we couldn’t have got off to a much worse start, especially for a team that likes defending leads and is really good at it. It was a tough one.

“We kept going, I thought we dealt with some situations really well. We created chances of our own, we dominated large parts of the game but we just couldn’t quite get the goal.

“It’s unfortunate but it’s only half-time. We need to go back to Anfield and we need to bring that same performance if not better. And hopefully we have enough to get through.”

The left-back, who avoided a booking that would have ruled him out of the return match, continued: “There were very limited chances at both ends, to be honest.

“Hendo’s was probably our best chance, it just snuck by. A couple of situations we were in good positions and we just couldn’t find that killer pass or the luck of the bounce didn’t quite go for us. These are things that will hopefully change.

“We’ve got a couple of big Premier League games coming up but we look forward to the second leg. We’re underdogs and we’ve proven before that’s dangerous. Hopefully we can do it again but we know how tough it’s going to be.”

Comebacks are nothing new for this team, of course.

The last European knockout game at Anfield saw them recover from a heavier defeat by Barcelona to win 4-0 and reach the Champions League final that they won in June.

Robertson acknowledged that the players will have to equal the energy in the stands on March 11 if they are to eliminate Atletico with another turnaround.

“Yes, but we can’t take that for granted,” he said of the potential influence of Anfield. “We can’t rely on Anfield to get us through.

“We probably need our fans more than ever, to be honest. We need them to be as loud as ever – louder than Barcelona at home, louder than Roma at home.

“And if we can create that atmosphere that might give the lads the extra boost we need. It’s a Champions League night at Anfield, the lads will be up for it regardless but it always helps with the fans.” 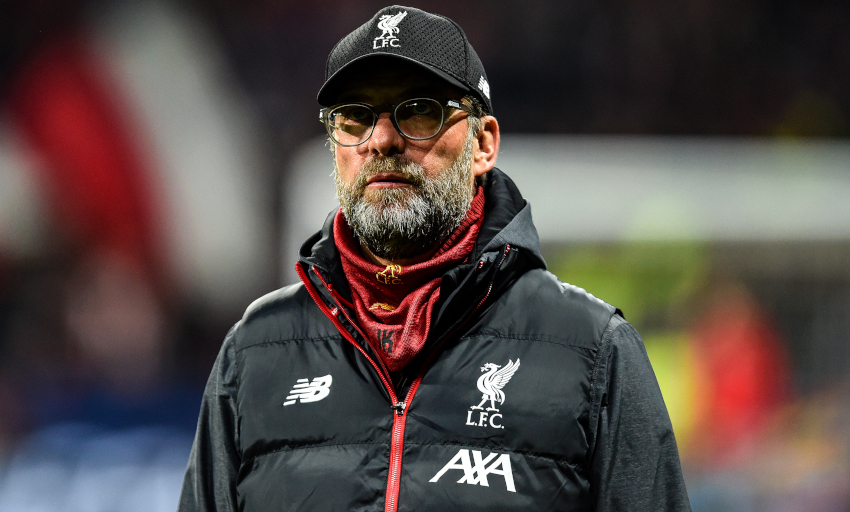