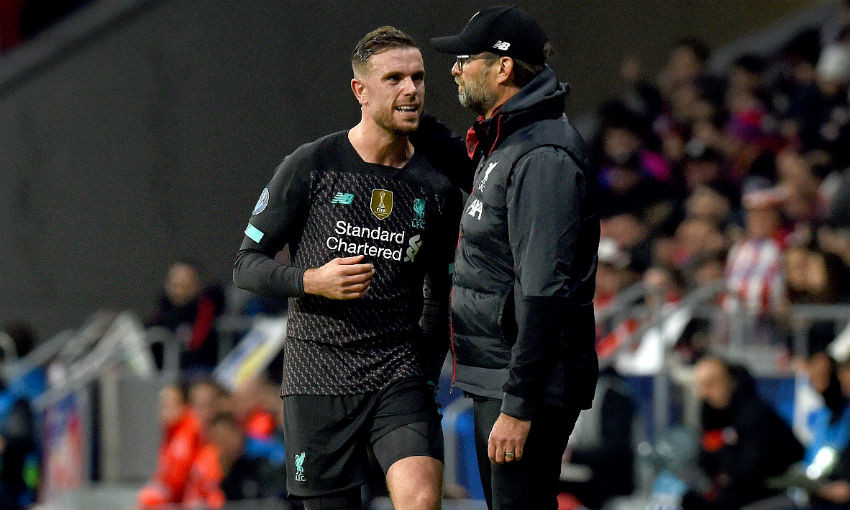 The Reds captain was forced off at Estadio Metropolitano in the 80th minute and replaced by James Milner.

Speaking at his post-match press conference, Klopp also explained the decision to withdraw Sadio Mane at half-time in the encounter.

"Obviously the plan was to get Sadio out of the game with a yellow card," Klopp said. "I was afraid his opponent would go down even if Sadio takes a deep breath or whatever, so I didn't want to have that situation. That's why we took him off.

"Hendo felt his hamstring, unfortunately. We have to wait. He was not too concerned but enough to go off obviously."