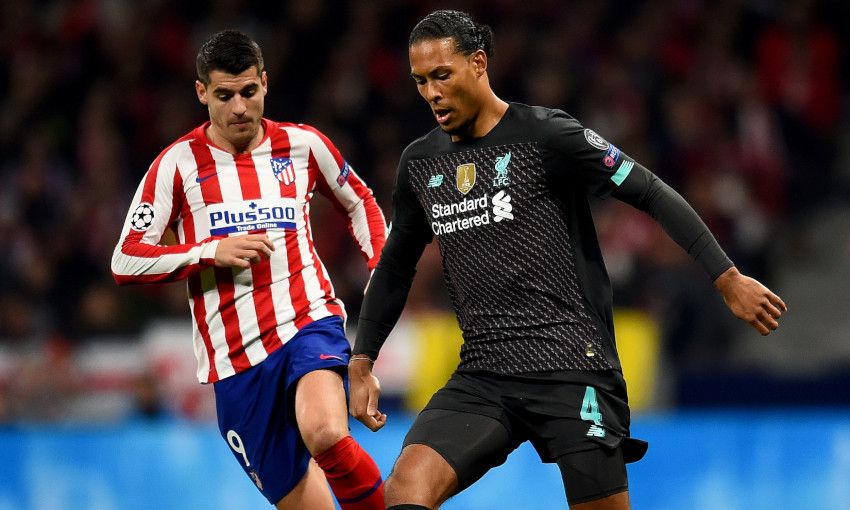 Virgil van Dijk insists Liverpool should remain confident after falling behind at the halfway stage of their Champions League tie with Atletico Madrid.

The La Liga side established a 1-0 advantage in the first leg at Estadio Metropolitano on Tuesday night through a fourth-minute goal by Saul Niguez.

The Reds had 72.5 per cent of the possession in Spain but were unable to translate that dominance of the ball into clear chances against a dogged Atletico.

They will, however, have an opportunity to put that right at Anfield in three weeks’ time and Van Dijk looked optimistically towards the second leg.

“We knew it was going to be a proper battle tonight, especially here at their home ground with the fans behind them,” the No.4 told BT Sport post-match.

“Obviously it didn’t help that we conceded the goal from a corner, the first chance for them – not even a chance, a bit of luck. But it counts. It was tough.

“We had the ball most of the game but, unfortunately, we couldn’t create massive opportunities. But we still have another 90 minutes to set it straight and we should be full of confidence still.”