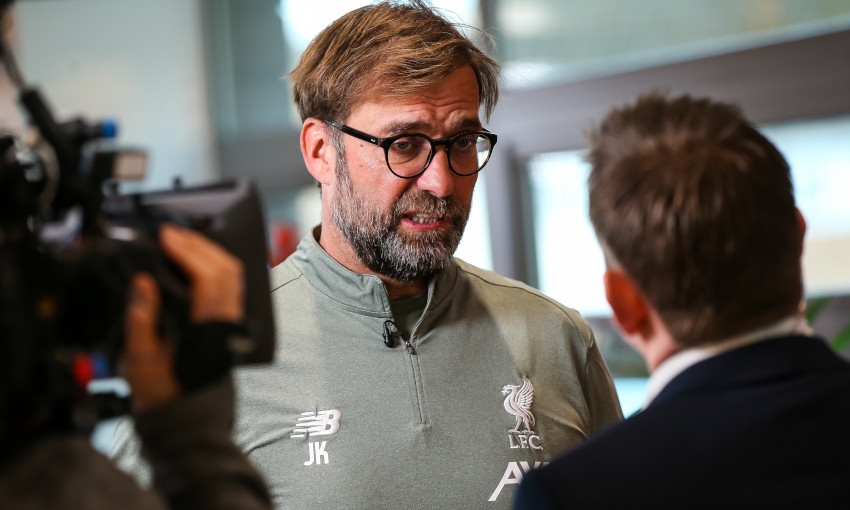 Jürgen Klopp insists Liverpool's focus remains firmly on their daily objectives, rather than thoughts of what they could achieve in the remainder of the season.

The Reds are set to resume their Premier League campaign this evening as they travel to Norwich City with a commanding points lead at the top of the table.

Their defence of the Champions League title continues with a knockout tie against Atletico Madrid that begins on Tuesday, plus they take on Chelsea in the FA Cup next month.

Klopp, however, is looking no further than Norwich and another opportunity to exhibit the team’s values and commitment.

Speaking to Premier League Productions after collecting his fifth Manager of the Month award of the season on Friday, he said: “We know at the end of the season a team will be crowned, it was always like this, and this year we have a good chance it will be us. That’s nice, really nice.

“But until then we really don’t have to think about it. I work together with the boys every day and nobody is dreaming here in the moment.

“For us, it’s important that we show all the time how much it means to us to play for this club, to play for these colours and being the right team to represent the values of this club. That’s a big part of us, that we really want to make sure that everybody can see that.

“Who knows what’s out there for us, we have no idea. Now it’s Norwich and, believe me, that needs all our concentration, all our focus and they will get it. They got it in the last few days, it’s the only thing I’m concerned about.”

Read on for more from Klopp’s interview…

On winning the award for the fifth time this season… 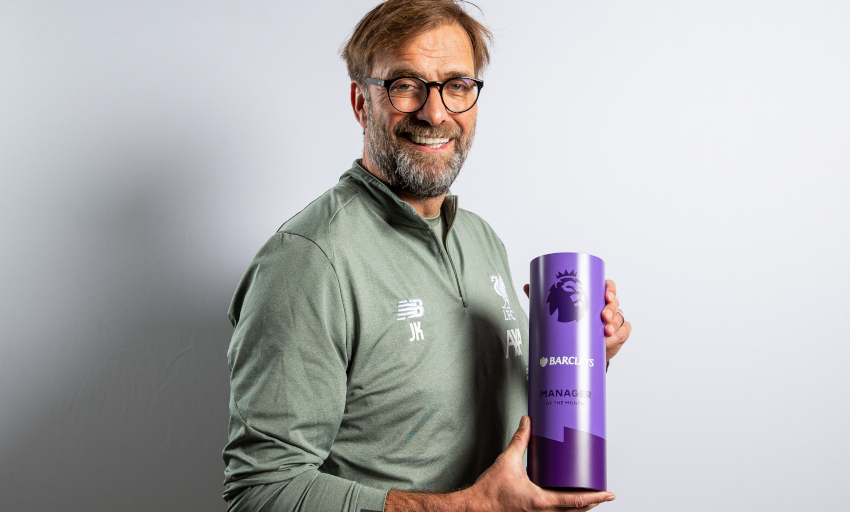 Good, but I said a couple of times, the only thing you think in a moment like this – and I’m not too greedy about awards – but if we would stand here next month again, it would mean we had a good February as well. That would be really nice. Of course it’s special – we became Manager of the Month again. When I heard that I won so many so far, I tried to find them actually and put them all out. I wanted to give it to my coaches, each one of them, because they deserve it much more than I do. Then I saw my name is on it.. that’s not cool!

Really, I don’t know. They were all difficult, really difficult and I don’t want to disrespect anybody. Probably the Wolves game was really, really difficult. All respect to Nuno and what they are doing, they are probably one of the one or two teams who have a similar amount of games – or even more games – than we played so far. They are really fighting hard. They struggled a little bit with results, which I’m surprised about, but in the game it’s incredibly difficult to play against them, so probably that.

On how Liverpool have become so difficult to break down…

There are different pieces you have to put together. We are dominant when we have the ball, we are really disciplined when we have to defend. That’s the two most important things. We are flexible with the ball, we are unpredictable with and without the ball, how we defend and attack. A lot of things. The boys are doing a really good job. But we know we had to overcome really difficult moments in most of these games. That’s something you have to learn over the years, to stay calm or in the right mindset or mood in these situations, not to get insecure or lose confidence in these moments. Because we know we always can create in the next situation a chance at least; if we can score a goal we don’t know, but we can create a chance and that’s very, very important. There are a lot of reasons for the stability we show. But the mindset, the concentration level the boys have is the main reason probably.