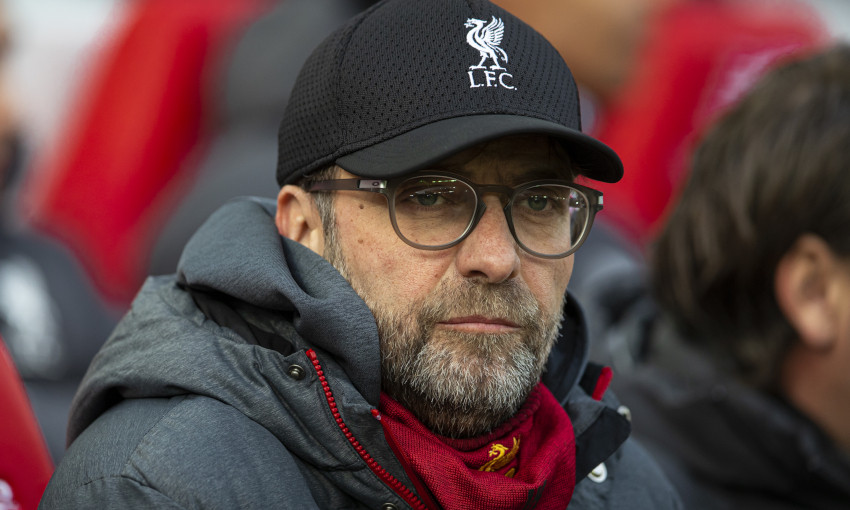 Jürgen Klopp has explained why playing through the pain barrier is a necessity that the Liverpool squad does not allow to act as an obstacle.

Speaking to Liverpoolfc.com ahead of Saturday’s return to Premier League action at Norwich City, left-back Andy Robertson opened up on how the winter break had allowed him time to nurse a persistent foot problem.

The manager was subsequently asked about the issue of his players dealing with pain during his pre-match press conference at Melwood.

“There are so many positive stories about us in the moment, which is normal. This is another part of it, 100 per cent,” replied Klopp.

“I was a player myself; when I look back it feels like I played 80 per cent of the time through pain. Nobody appreciated that because I still played bad! It didn’t help, nobody asked then.

“It’s completely normal for a professional football player that you have to play through pain, that’s how it is.

“I said it last year, when Hendo got a knock in the Barcelona home game and it looked like it could be maybe not possible to carry on, at half-time I looked at him and he said, ‘it’s only pain’. These are the words we use most of the time: it’s only pain. It’s not an injury but it’s still pain, it distracts you and disturbs you and all that stuff.

“I know for Robbo it was very important because it was his left foot, which is the only useful foot actually for him! Now it’s much better, that’s good.

“After that long period, after December and January, there was no player in the squad who had not any pain somewhere. Everybody had something.

“But for Robbo it’s true, it was very important he had this week because he looks different now.”