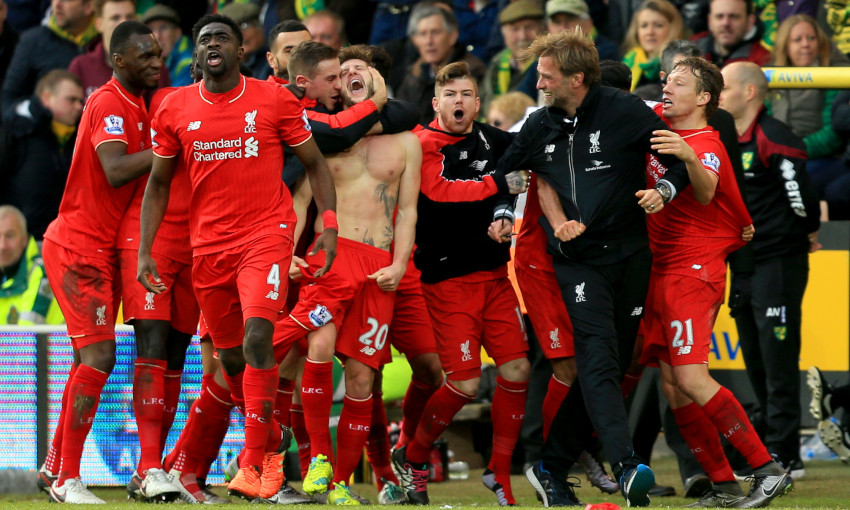 Andy Robertson would prefer no repeat of Liverpool's last trip to Carrow Road.

A little over four years ago, during Jürgen Klopp’s first season at the helm, the Reds and Norwich City played out a nine-goal thriller that concluded with the manager breaking his glasses amid the touchline celebrations that followed Adam Lallana’s winner.

Robertson was still a Hull City player at the time but remembers the 5-4 classic and wants a significant reduction in drama when the sides meet again in the Premier League this evening.

“I remember Adz scoring the winner and running over to the manager, taking his shirt off,” the left-back told Liverpoolfc.com. “And the glasses were broken!

“Scoring four goals against one of the big teams doesn’t happen often; they managed it then and maybe their principles haven’t changed. The stadium and the fans certainly haven’t.

“So, we know how tough it’s going to be. It’s up to us to bring our ‘A’ game and hopefully get the result we need.”

Indeed, Robertson believes anything less than Liverpool’s 100 per cent best will make for a difficult outing at Carrow Road despite the hosts’ berth at the bottom of the table.

Daniel Farke’s Canaries have already beaten Manchester City on their home turf this season as well as claiming draws with Arsenal and Tottenham Hotspur in East Anglia.

And, despite the 4-1 final result, they also proved a problematic opponent for Klopp’s table-topping team at Anfield on the opening day of the campaign.

“We played them in the first game of the season, it was the opener on a Friday night. In the first half I think we blew them away a wee bit but in the second half they were excellent,” Robertson said.

“They got their goal, they then had a couple of other chances that we were disappointed in but they would take confidence from.

“Of course they’re at the wrong end of the table from where they want to be but in terms of quality they’ve got it all there. They have had big results against Tottenham, against Manchester City. Against the big teams they produce and Carrow Road is never an easy place to go to.

“We expect a tough game, we know how good they can be. But hopefully we can bring our ‘A’ game and hopefully that’s enough for Saturday.”

Robertson, who revealed a persistent foot injury was able to settle during the mid-season break ahead of this fixture, was part of the Hull XI that defeated Liverpool at a similar stage of the 2016-17 season as they tried to avoid relegation. 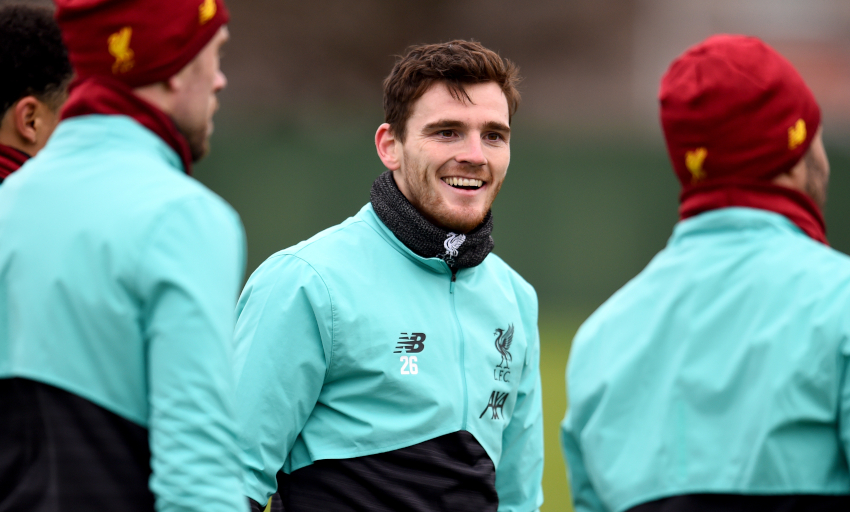 “When the big teams come, it’s not a free hit but you can go out and fight, be aggressive, win the ball back and cause them problems,” he said.

“We managed to do that at Hull a couple of times, against Manchester United, Liverpool and Arsenal. We showed that.

“Norwich are a really good footballing team but they’re also fighting for their lives – and I think we’ll see that. When they’re getting beat they don’t get beat by much, it’s fine margins in this league and unfortunately they’ve just fallen the other side of the margin. That’s maybe why they’re in the position they’re in. But they can get results in this league, they have proven that.

“So we need to be at 100 per cent. If we’re anything below that we’ll be in for a tough afternoon and Norwich will get something. It’s up to us to put that right before a ball is kicked.”