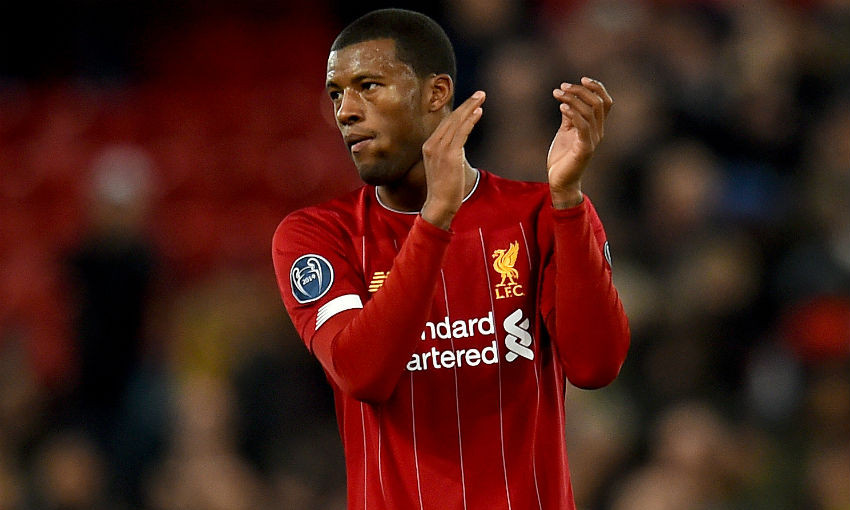 Georginio Wijnaldum sees stylistic similarities between Liverpool and Atletico Madrid as the clubs prepare to face off in the last 16 of the Champions League.

The Reds’ bid to retain the trophy resumes at the scene of last season’s triumph on Tuesday, with Estadio Metropolitano to host the first leg of their tie with Diego Simeone’s team.

And Wijnaldum is expecting a tight, testing affair as he believes Atletico share some of the traits that helped Jürgen Klopp’s side become champions of Europe in June 2019.

“They are a lot like us, fighters. They are a team more or less like us, also really difficult to beat,” the Netherlands international told UEFA.

“I think you can see that in their playing style in the competition. They are always battling to get results and they can easily switch at times when it is necessary, they know what they have to do to win the match. So yes, these are going to be really difficult matches.”

Wijnaldum went on to dismiss the notion that as holders, Liverpool may feel under more pressure in the Champions League this term.

“No, not really, because we are doing pretty much the same thing we were doing last season,” the midfielder stated.

“We are mostly working on improving the team and becoming a team that is really difficult to beat, so it is essentially the same as last year.

“What we are trying to do is give everything we’ve got and we’ll see what happens at the end of the season. Because during the season you have a lot to deal with, you can get injuries and dips in form, which you may have to work on as a team.

“We try to deal with every situation as well as possible. That is how we see it, we give everything we’ve got and at the end of the season you hope it ends with a trophy.”