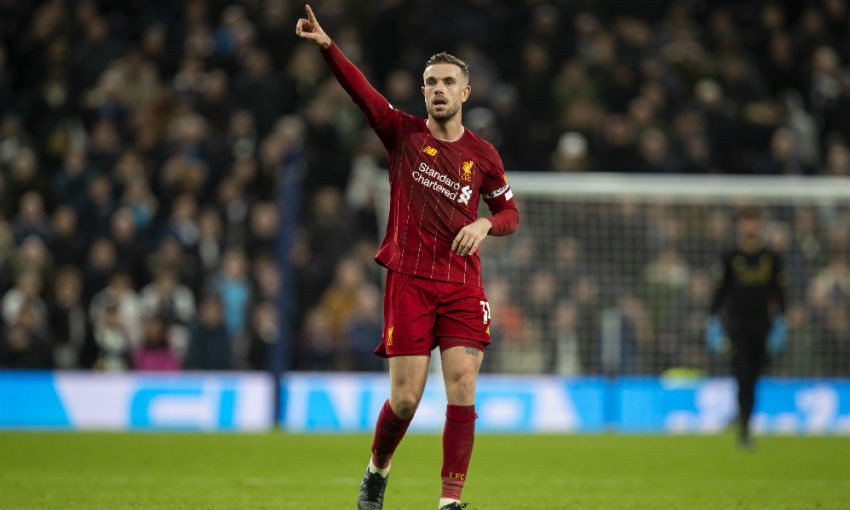 Sometimes the most niche statistics can be the most revealing.

The list of Premier League players who have won the ball back most in the final third this season, for example, is one you’d expect to be made up of strikers and wingers. And for the most part, it is.

But in joint-second place, with 22 possession regains, is a central midfielder – Liverpool captain Jordan Henderson. And in joint-fifth place, with 19 regains, we find a full-back, with Andy Robertson proving the iconic 70-yard press against Manchester City that so endeared him to Kopites two years ago was no one-off.

It’s one of many telling observations made by Opta data editor Michael Reid, who returns to LFCTV’s Premier League Review Show this Friday at 5pm GMT for more forensic analysis of the Reds’ relentless league form so far this term.

The who, what, when, where and why of Liverpool’s 24 wins in 25 Premier League fixtures might be obvious, but what Reid’s research elucidates is the how, and one man that pops up even more in the data than he does in opposition final thirds is Henderson.

Fans who belted out their skipper’s name after his goal and assist in last Saturday’s 4-0 win over Southampton at Anfield are well aware that he’s playing well. But the statistics reinforce the sheer scale of the 29-year-old’s influence.

With 13 games still to play, Henderson has already accrued seven goals and assists, his highest combined tally since chalking up 15 in the 2014-15 season.

Nor is his positive influence a new phenomenon; data shows that Liverpool have won 60.1 per cent of the Premier League matches where Henderson has featured since his arrival in 2011, and only 43.9 per cent without. 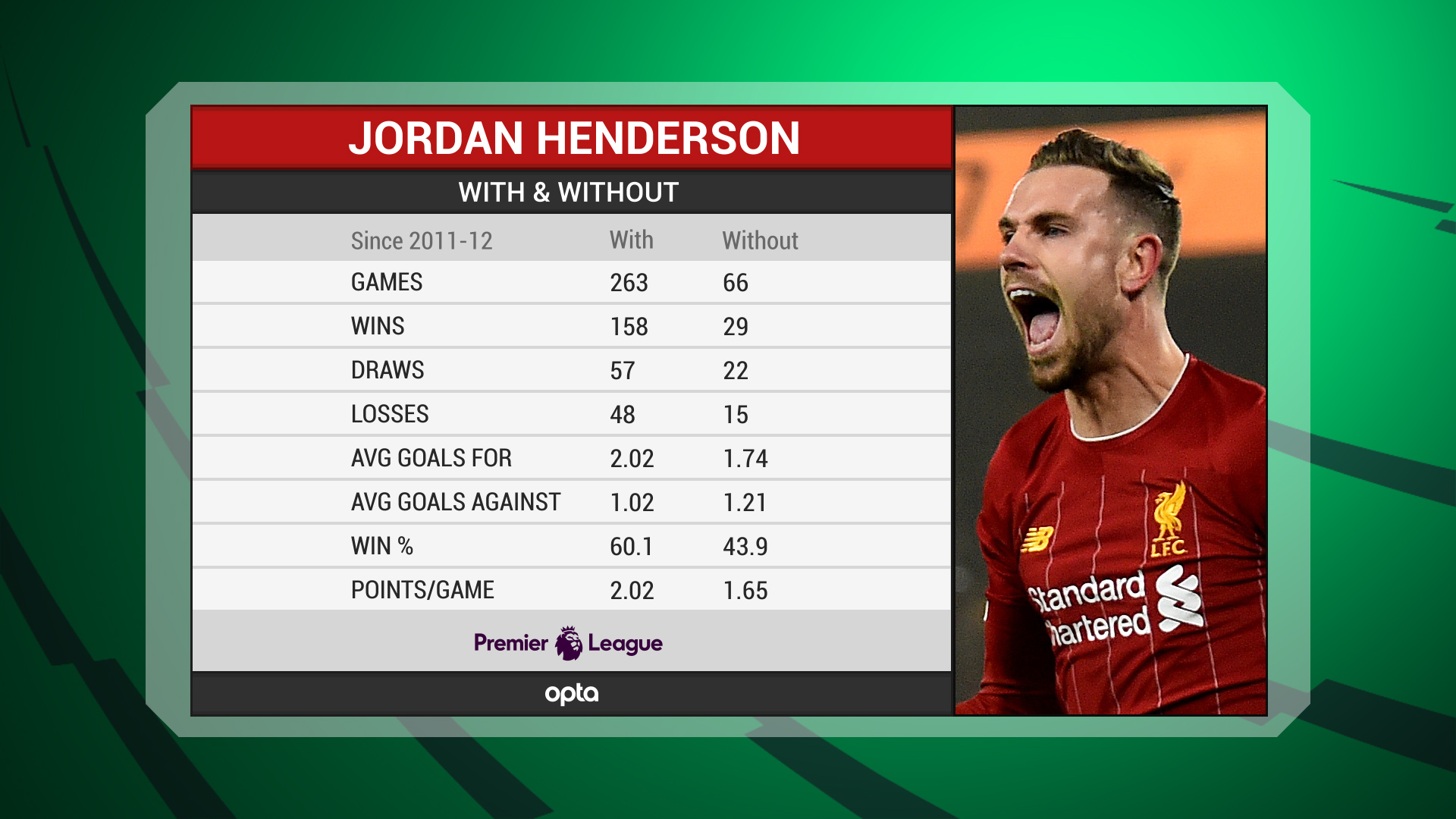 Henderson’s win percentage not only stands up well when compared to previous incumbents of the captaincy such as Steven Gerrard [51 per cent] and Sami Hyypia [54 per cent], but it’s in fact the best of any player to ever make more than 200 appearances for Liverpool in the Premier League era.

Henderson is far from the only member of Jürgen Klopp’s squad performing with an outstanding level of consistency, though.

Alisson Becker has saved 26 of the last 27 shots he’s faced, been involved in the build-up to five goals and is averaging 244 minutes per goal conceded this season – the best of any goalkeeper in Premier League history.

The Brazil international even excels when subjected to the rigours of Stats Perform’s new Goalkeeper Index, which simulates how each goalkeeper would perform if they faced all of the 2,108 shots faced by goalkeepers in the top flight so far this season. 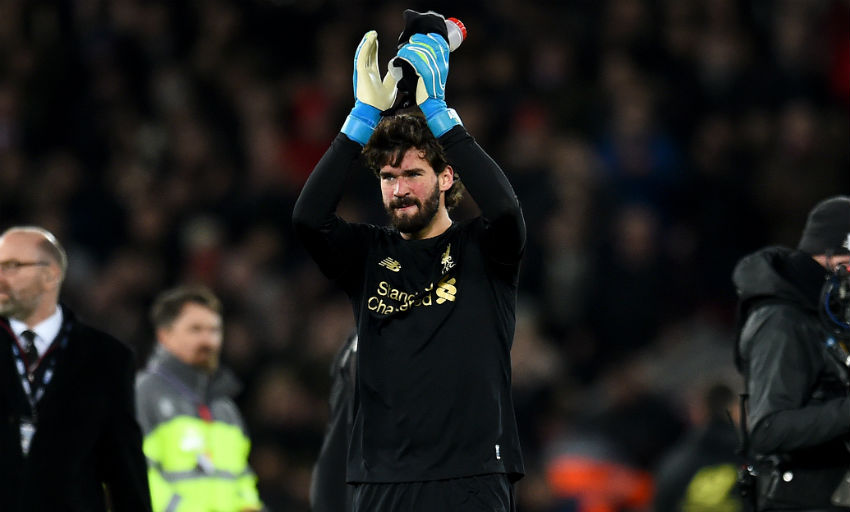 Meanwhile, Joe Gomez’s average minutes per goal conceded over a period dating back to the start of the 2018-19 season is a remarkable 345 – 170 minutes more than the nearest contender.

And Mohamed Salah remains top of the charts for opening goals and winning goals stretching back to his 2017 arrival at Anfield.

The Egyptian’s tally of 92 goals and assists during that time puts him 17 clear of Manchester City’s Sergio Aguero in second place.

Collective effort remains paramount, however, and the research demonstrates that good, old-fashioned hard work remains at the core of everything Klopp’s Liverpool do, with more pressed sequences and shots from fast breaks than any of the 19 Premier League rivals they have already defeated this campaign.

The Reds are also a close second to City in terms of how much width per sequence their opponents are denied, illustrating just how hard it is for teams to keep the ball and manoeuvre it into dangerous areas when up against the world champions.

To discuss all that and more, Reid will be joined by presenter Rob Jones and former Liverpool striker Neil Mellor, with the programme also available on LFCTV GO from Friday evening.

Net yet signed up to LFCTV or LFCTV GO? Click here to join.