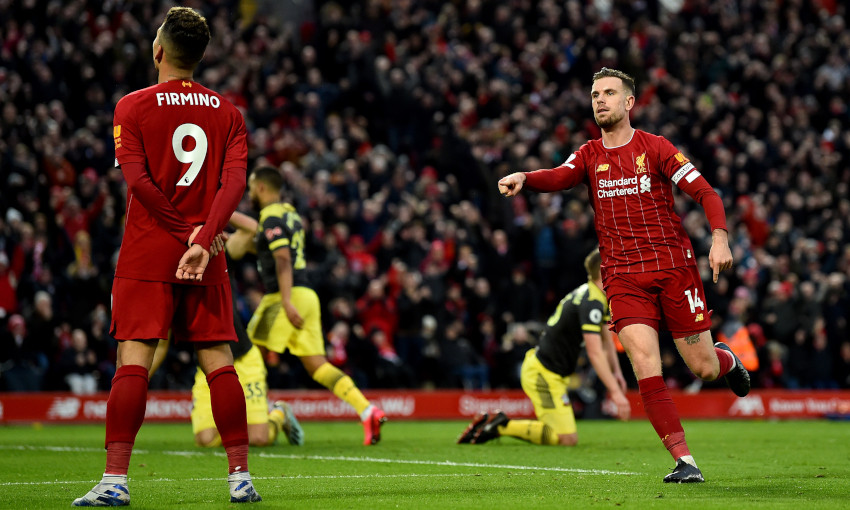 Liverpool moved 22 points clear at the top of the Premier League with a 4-0 win over Southampton at Anfield on Saturday afternoon.

After an opening half that saw the visitors largely keep the Reds at arm’s length and produce a series of good chances themselves, the hosts edged ahead two minutes into the second half courtesy of Alex Oxlade-Chamberlain’s low finish.

Roberto Firmino, who teed up the first goal, then created a second for Jordan Henderson, the captain sweetly side-footing in, and Mohamed Salah rounded off the scoring with a cute dink from the skipper’s assist and a 90th-minute conversion at close range.

Fabinho came into the XI in place of Divock Origi, who was fit enough to be a substitute after cramp in midweek, in the only change made by Klopp. 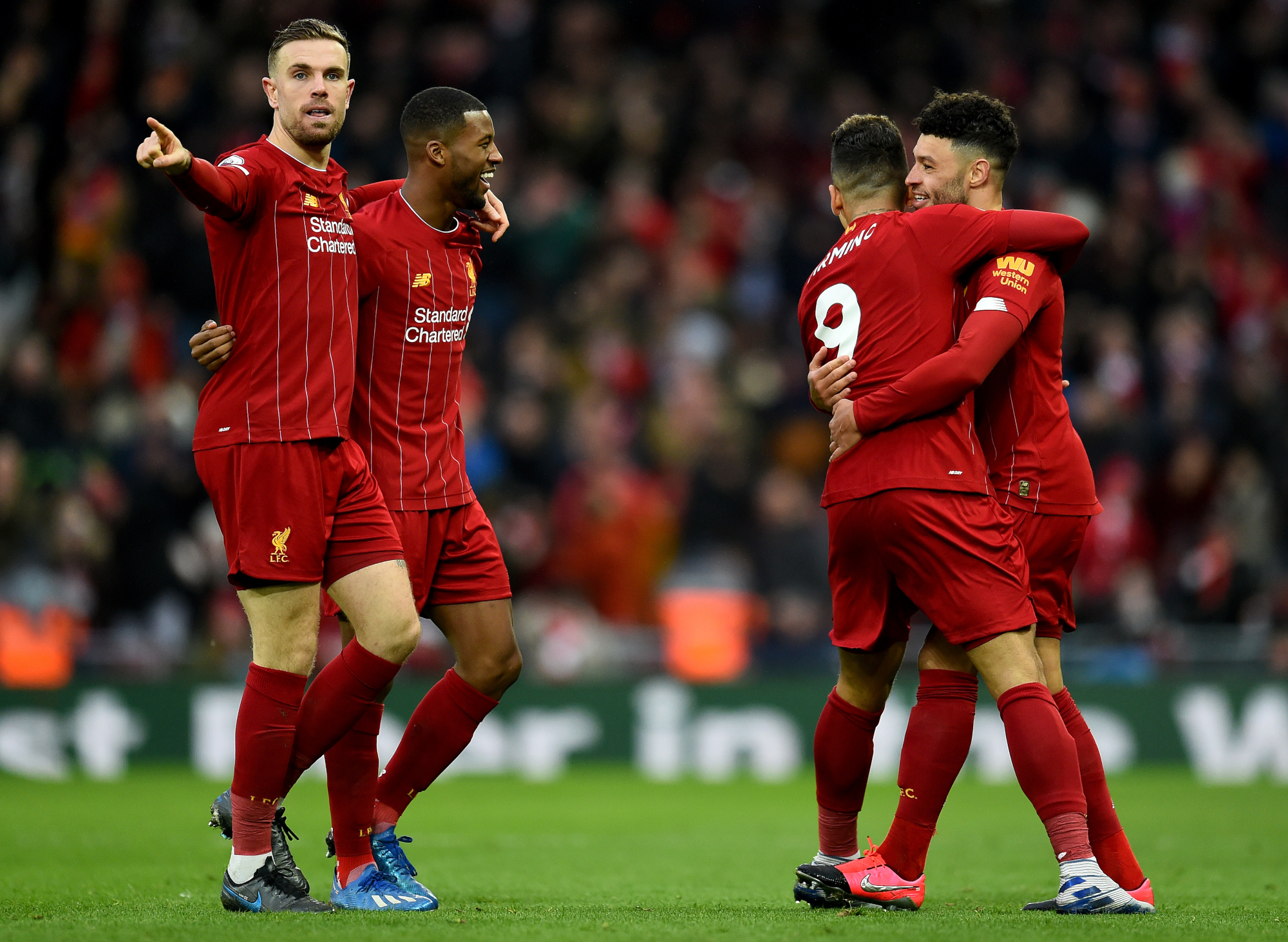 On a cold afternoon at Anfield there was little to warm you up from an opening 20 minutes devoid of genuine scoring opportunities.

When glimpses did arrive, they were half-chances. Salah saw an effort deflected the wrong side of the post having seemingly handballed to set up the shot, before Jack Stephens’ challenge took the power off a Georginio Wijnaldum hit from Fabinho’s pass into the box.

That was until a series of real openings at either end finally threatened to break the deadlock.

Moussa Djenepo found time and space to dispatch a curler from 20 yards that Alisson Becker touched over, and Alex McCarthy had to tip away an Oxlade-Chamberlain drive that looped off Djenepo towards the top corner.

Next, Virgil van Dijk snuck into space from Salah’s angled pass in behind, took a touch and tried a backheel finish that was blocked by the goalkeeper. Firmino’s rebound was denied too.

And, when the ball was recycled, Henderson served up a dinked cross from the right towards the waiting Firmino and the No.9 was brought down by Shane Long. The referee rejected Liverpool’s penalty appeals and VAR concurred.

Southampton were in the ascendancy for the remainder of the half and could easily have taken a lead into half-time.

Firmino’s misplaced pass backwards gifted Danny Ings a chance to surge into the box but, having checked inside Joe Gomez, his low reverse shot was blocked.

Long’s rising blast was caught by Alisson, who then had to rush from his goalline to deny Ings after the former Liverpool striker stole possession from Gomez.

That tempo continued into the second half and the home side got in front within two minutes.

Ings was aggrieved to not be awarded a penalty as he went down from a Fabinho tackle and Liverpool quickly swept up to the other end and struck.

Andy Robertson and Firmino were the architects of the goal by keeping play alive deep on the left flank and the latter’s cute flick invited Oxlade-Chamberlain to move in to the edge of the area and plant a low finish into the gap left by McCarthy.

Salah put the ball in the net soon after, released by Firmino behind the Saints backline, but both the linesman and VAR ruled the Egyptian offside.

The Reds gained a much-needed cushion on the scoreboard with an hour played, though.

Trent Alexander-Arnold’s clearance found Firmino in an onside position and with room to capitalise, the forward darting in and sliding a pass to Henderson, who nonchalantly beat McCarthy with a touch and shot. 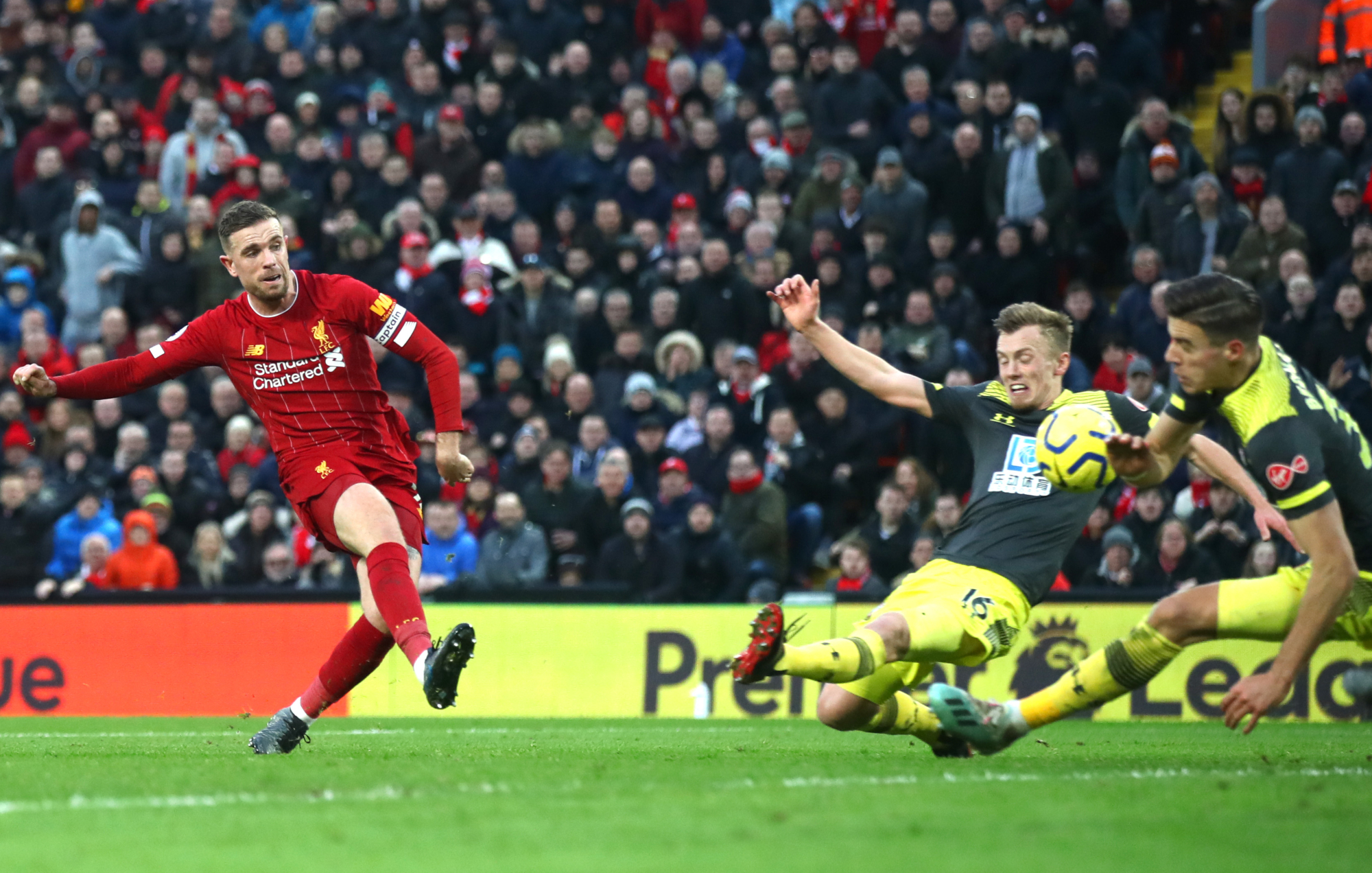 Gomez and Van Dijk were required to keep out a consistently tricky Southampton attack, with Gomez importantly getting in the way of one Pierre-Emile Hojbjerg attempt.

But the last word went to Salah.

Served by a sweeping pass around the opposition defence, the No.11 deftly lifted the ball over McCarthy from close range and added his second and Liverpool’s fourth in the last minute to seal a hard-fought 24th win of the league campaign.