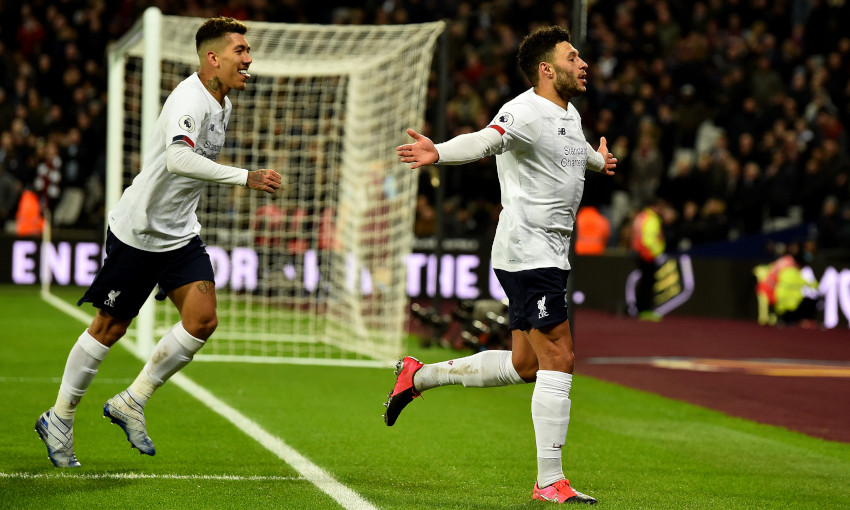 Alex Oxlade-Chamberlain insisted records are not in Liverpool's thoughts after scoring to help make it 41 Premier League games unbeaten with a 2-0 win at West Ham United.

The Reds increased their lead at the top of the table to 19 points with victory in London as Mohamed Salah’s first-half penalty was followed up by Oxlade-Chamberlain’s calm finish.

Jürgen Klopp’s side continue to break and close in on more milestone achievements, but the players are focused only on the primary ambition of winning the title.

“That’s obviously nice but I think teams never get to those sorts of positions and have those accolades and records by thinking about those things,” Oxlade-Chamberlain told Liverpoolfc.com.

“They just go into every game, go to work and do the business. You keep that mentality, you give yourself the best chance of coming away with wins.

“There are a lot of tough games coming up so we’ve just to keep plodding along and keep doing what we are doing to first and foremost achieve what we want to do in the league. That’s the most important thing – finishing as high up as we can – and we are in a good position.

“We want to keep that going and if records come off the back of that then that’s obviously a little bonus, but you can’t really think about those things, I don’t think.” 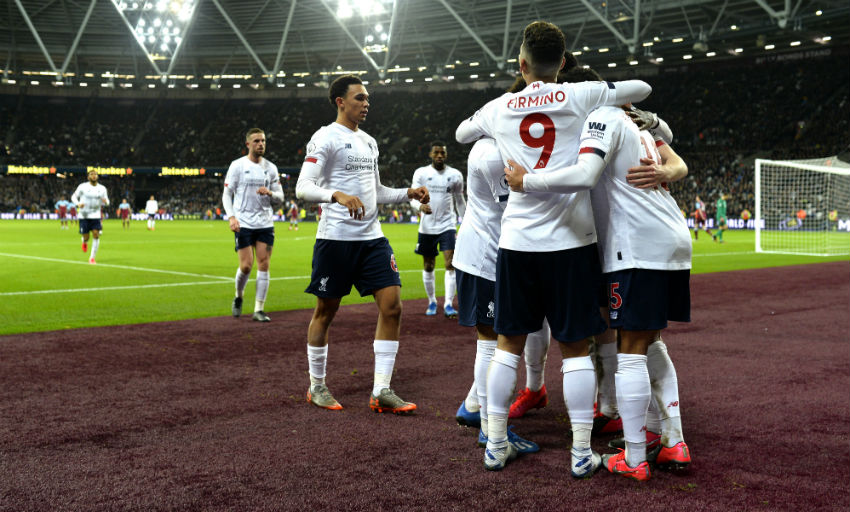 Oxlade-Chamberlain’s second-half strike – confidently swept beyond Lukasz Fabianski from Salah’s pass across the pitch – was his sixth of the 2019-20 season so far.

“It was a great pass and I knew Lanzini was close to getting there, so I needed to get in front of him and even make him foul me,” the midfielder said of the goal.

“There was a bit of contact but I managed to stay on my feet and just tried to stay composed and finish it, so it was nice to see that one go in.

“I don’t always find myself in that position so it was nice and I think it set us up for a controlled performance to see the game out.”

Liverpool’s 15th consecutive league win saw Klopp’s men register a new feat for the club – the first time the Reds have beaten every team in the top flight in a single season.

But Oxlade-Chamberlain explained why the view of the squad, both during and after the match, was that improvements still have to be made off the back of their performance.

“It was a game when we had a bit more possession than the last away game [in the Premier League] at Wolves,” said the No.15.

“At times I think, especially in the first half, maybe things got a little bit static or robotic and we struggled to remember patterns of play and things that have got us success, so we came in at half-time a little bit disappointed with ourselves and disappointed with the fundamentals, the movements and the things that we work on to create space and go in the right direction.

“In the second half we had more moments where that was working a bit better. We won the ball back a bit quicker and a bit sharper, but we were sloppy as well at moments so we can improve on that.

“The boys at the back, we are lucky to have them and they get us out of some situations where we are a bit sloppy. Our goalkeeper, Ali, he is top drawer and with those boys behind you they get you out of a bit of trouble at times and we need that from time to time.

“We have people like Hendo, who just keeps us going, keeps pushing and keeps the standards high. We are barking at each other all game and are never satisfied, but I think after the second goal went in, overall, we controlled the game mostly.

“We had a few chances – Mo hit the post and there were a few other moments when we could have maybe killed the game off – but in the end we saw the game out well.”