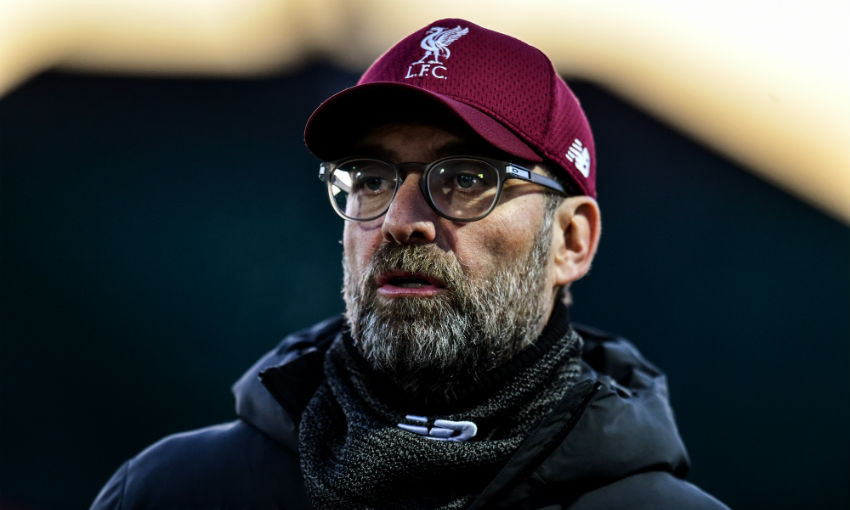 Jürgen Klopp is anticipating a fired-up West Ham United when Liverpool travel to the London Stadium on Wednesday evening.

The Reds turn their attention back to Premier League matters as they look to make use of their game in hand on second-place Manchester City.

But with West Ham hovering just above the relegation zone in the standings, Klopp will make it known to his players that David Moyes' side are going to battle extremely hard for the points on offer.

Inside Training: Goals, games and sprint races at Melwood

Speaking at his pre-match press conference at Melwood on Tuesday, the boss said: "West Ham fights for staying in the league and that's what it looks like. It will be a big fight, they will fight with all they have.

"It will be a rather defensive line-up. If it's four in the back or five in the back, I don't know but both is obviously possible. They did something mixed already when it was four plus Masuaku man-marking Pereira, I think, against Leicester.

"So different possibilities but we have to be ready for a big fight. They want to strike back, they have a tough programme coming up, everybody knows that. They have no points to waste, no time to waste.

"We have to keep up, if not set the intensity level and do some smart things with possession as well. That's a big challenge.

"[They have] counter-attacking threats – Antonio, Lanzini, whoever can play, I'm not 100 per cent sure. It will be tough but that's what the Premier League is about."