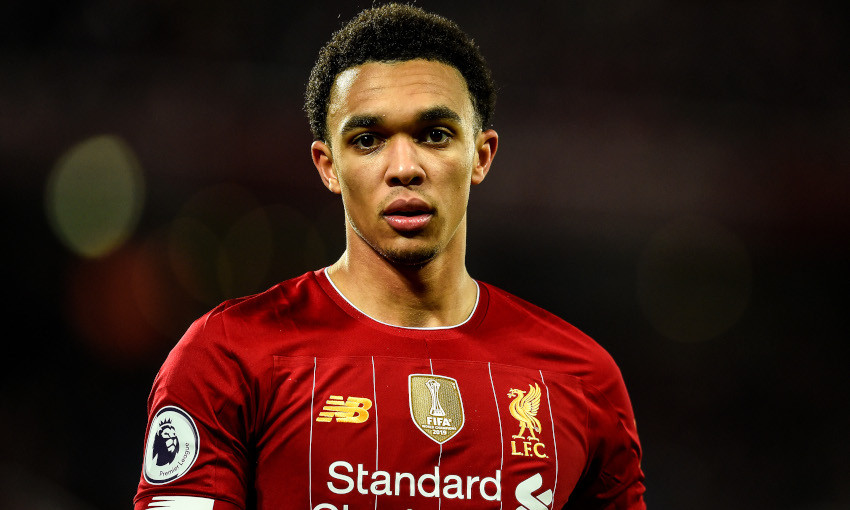 Jürgen Klopp admits he sees very little preventing Trent Alexander-Arnold from developing into an even better footballer over the course of his career.

Wednesday marked three years to the day of the No.66’s Premier League debut when he started a 1-1 draw with Manchester United at Old Trafford.

Should he feature in Liverpool’s clash with their old rivals at Anfield on Sunday, it will be his 77th runout in the top flight.

In between, Alexander-Arnold has established himself as a first-team regular with the Reds, become an England international and lifted the Champions League, UEFA Super Cup and FIFA Club World Cup in addition to a host of individual accolades.

Speaking during his pre-match press conference at Melwood on Friday, Klopp explained why he believes the 21-year-old has the perfect environment and mentality to maintain his upward trajectory.

“Being around these boys made him better and will make him better. His game understanding will improve – it’s already really good but it will get better, that's a natural thing. Apart from injuries, I can't see anything that can stop him because his attitude and his private background is just so good. Passionate yes, very, but calm as well.

“It’s a very, very good basis his family created for him – he has a very close relationship to them, which is good. They keep him grounded; I am not sure he needs it, but if he would start flying then I know exactly who would get him back. I don't have to do that.

"When you are a talented footballer and you have an outstanding attitude, if you love the game as much as he loves the game, and you have the background he has, then it’s pretty likely you will have a proper career.

“A lot of good things came together and now we have this kind of player – long, long, long may it continue.”