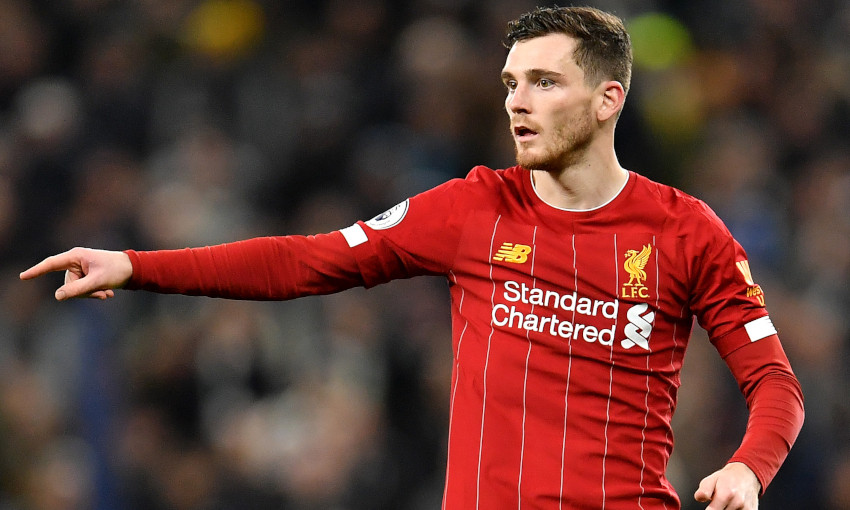 Liverpool's record-breaking form will mean nothing unless it clinches silverware at the end of the season, Andy Robertson has warned.

The Reds set a new high for Europe’s top five leagues of 61 points from the opening 21 matches of a campaign when they saw off Tottenham Hotspur 1-0 on Saturday.

Roberto Firmino’s first-half strike and a sixth successive Premier League clean sheet proved enough for a victory in London that extended their unbeaten run in the division to 38 games – the equivalent of a full season.

But Robertson knows from the experience of finishing second to Manchester City last term that such numbers only matter if Liverpool achieve their ambitions between now and May.

“For us, they are irrelevant,” said the left-back after the game. “Yes, if we break records on the way, fine, great, but we will look at that [only] if we get a trophy.

“Because last season we broke records in terms of clean sheets and ended up empty-handed in the Premier League. Records don’t mean anything unless they get you the end goal, hopefully this season it will [come].”

Robertson continued: “This league is so hard. Maybe sometimes we’ve made it look easy but believe me, it’s not – it’s so hard to perform against every team that wants to beat you.

“The longer the run goes on, the more everyone wants to beat you – ‘we beat Liverpool’ or whatever. We don’t take anything for granted. We are not celebrating in there that we are champions.

“We are just celebrating a nice win just now. Long may that continue and then in May maybe we can start to celebrate.”