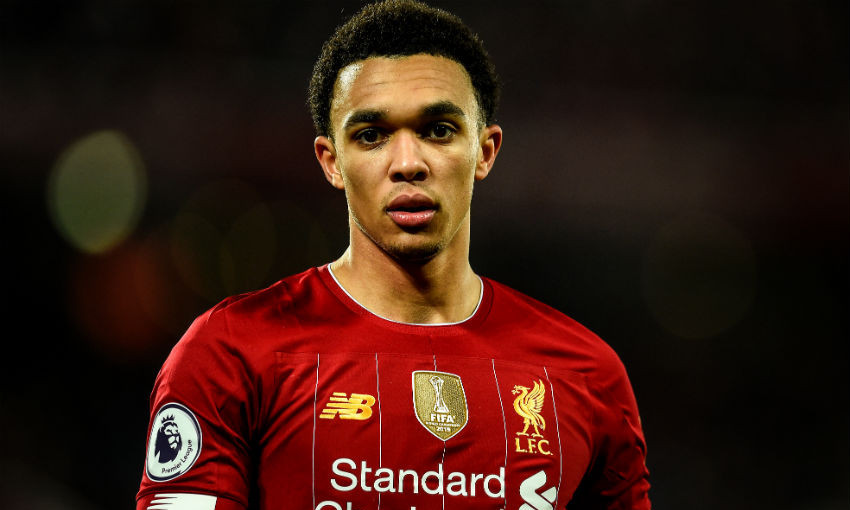 Trent Alexander-Arnold believes the young Liverpool side that knocked Everton out of the FA Cup underlined the feel-good attitude running deep through every level of the club.

Jürgen Klopp made nine changes for the third-round tie at Anfield as those starting made the most of their opportunity, with Curtis Jones' stunning strike setting up a meeting with either Bristol City or Shrewsbury Town in the next stage.

Alexander-Arnold was a delighted spectator for the derby-day victory and felt it proved just how good it is to be part of the Premier League-topping Reds.

Read on below as we sat down with the No.66 at Melwood to preview Saturday's trip to Tottenham Hotspur in the top flight...

Trent, as a Scouser you must have been a bit disappointed to miss out on the FA Cup game against Everton, but you obviously got a rest and I imagine you're feeling the benefits...

The manager always says that he picks the team that he believes will win the game. That's the mentality of the club. To be able to watch the team perform the way they did was something that I think anyone who was there or watching the game will say that they were so proud of, seeing so many young players going out there in a big game. It was built up to be a very big game and then obviously the performances that they put in were outstanding. It just shows that the young players are capable of doing things that people probably wouldn't expect from such young players. They played so maturely in such a hot game, where there's traditionally a lot of yellow cards flying around. To keep their temper and not get over-excited was unbelievable to watch.

As an Academy graduate yourself, it must make you quite proud to see the likes of Curtis coming through...

[It was] unbelievable for him, especially getting that goal, putting in that performance, getting Man of the Match. It's obviously a dream come true for him. But also the other players that were out there – the likes of Harvey, Neco, Nat, Pedro – it was unbelievable. Obviously Taki [Minamino] had a good debut as well, which the fans were all really excited to see, he performed really well. It was an unbelievable moment to be able to watch that game and see how exciting it is to be a Liverpool player and to be at the Academy, knowing that if you work hard then you'll get the chances.

What a crazy day, WOW🔥🤯! Unbelievable feeling scoring my first goal for @LFC but most importantly a great team perf… https://t.co/XnWNwtGDd1

You're still young yourself, but you're in a great position to offer those lads some tips on that adjustment from Academy football to the first team. What kind of advice do you give them?

I think the main thing is to just enjoy it. They understand that, with the way things are going with the first team, it's going to be difficult for them to get many games in terms of league games and things like that. But when the cup competitions come around, they know that they've got a big opportunity. Not to put pressure on them and think, 'This could be our only chance of the season to get a game', but to use it as a platform to perform and to use it to put their name into the manager's head and give the manager a little bit of a headache in terms of selection choices. I think they've all done that massively and I think they'll be able to be proud of how things have gone so far this season. Hopefully they'll be looking to stay fit and make sure they get another opportunity when the next round of the cup comes around.

You've had five clean sheets in a row in the Premier League now. How satisfying is that?

That was something that was frustrating for us because it wasn't as though we were conceding three or four a game, it was always just the one goal that we were conceding. I think over the last few weeks we've really matured as a group. I think Hendo's had the ideas and been able to push them through the team. Obviously the manager wants us to control the game more and that's what we've be able to do. If you look at the Sheffield [United] game especially, the way we controlled the game – even the Leicester game to an extent – where we've been able to cut down on the chances that the opposition have had and not make our goalkeeper work too hard and just keeping the ball as much as possible. Obviously Joe [Gomez] coming in as well and doing an outstanding job and proving why we've got four world-class centre-halves that can play at any given moment. We've seen over the course of the season already that all four of them can play together and play to a world-class level, which is obviously good for us. I think Joe coming in for us has been massive and he's shown the manager that he's ready to play whenever. He's done an unbelievable job. 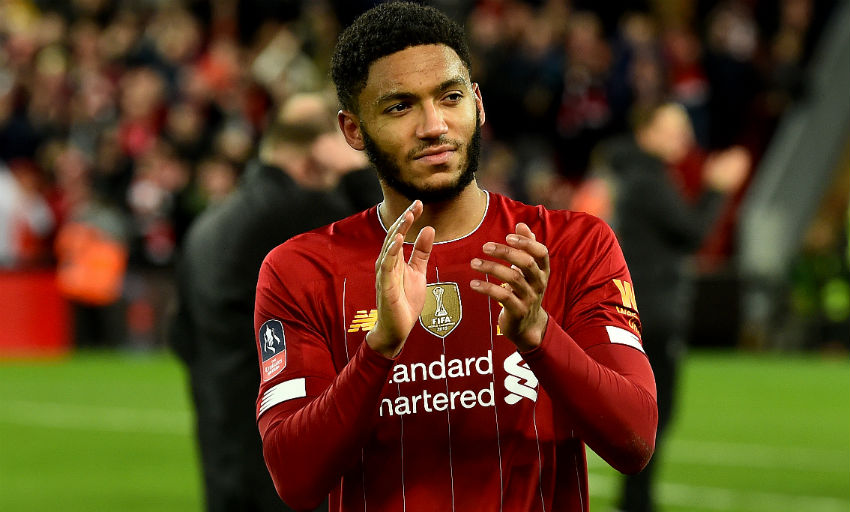 On Gomez, just how good have his performances been since he came into the side?

Just as solid as anything really. Always there on the cover, always getting the blocks in, his last-ditch tackles are unbelievable. The pace and the power that he has is almost like an attacker. He can go toe-for-toe with any attacker and we'd all be confident that he could be faster than them, stronger than them and be able to hold his own. For us, that's massive in terms of the confidence that he gives us as a back four and the players in front. It's a great partnership between him and Virg. They have a good bond on and off the pitch, that's something that's important.

Onto Spurs, then. Their form has been a little bit up and down this season, but they're still one of the top Premier League sides. How hard will it be for you on Saturday?

Obviously we know it's going to be a very, very tough game. They've got world-class players all over the pitch, a world-class manager. It's something that we need to be ready for. It's going to be a difficult game but we know that if we play the right way and we have the right ideas – the manager will instil them into us over the course of the week, we understand that we'll have a game-plan going there. Our main objective is to win and that's what we'll be hoping to do.

The manager regularly says that the points gap at the top of the league doesn't matter and nobody's thinking about it at Melwood. Is it difficult to ignore, though?

A lot of people always talk about it. It's something that you can't really escape. But we know as a team that we can't get too excited. Things outside of the team and people outside of the team will always try to say things to get you excited. That's just part of football. But when we come to Melwood we know what job we have to do. We know we can't get too excited and we know that nothing's been won yet. If we want to be a successful team then we have to keep going until the end. Obviously we are in a good position, which is something that we can't ignore. We're playing well, we're on a good run of form but we can't take that for granted because there are shock results week in, week out in the Premier League. We know that if we're not at 100 per cent, 95 per cent isn't enough in the Premier League to win games week in, week out. If we get our mentality and the game-plan right then we know that with the quality that we've got then we're confident going into games. But we can't be overly-confident and arrogant. We need to know our quality and make sure we produce it.