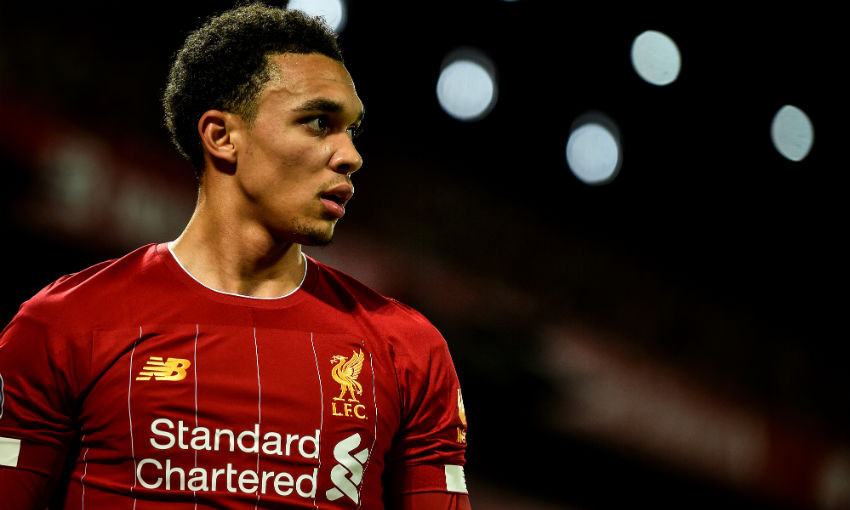 The Reds collected three pieces of silverware in the final six months of last year - the Champions League, UEFA Super Cup and FIFA Club World Cup - and remain in contention to lift a further trio of prizes before this season is over.

A relentless and near-flawless first half of the campaign has earned Jürgen Klopp’s side a healthy lead at the top of the Premier League, while a last-16 tie with Atletico Madrid awaits in Europe.

Sunday’s 1-0 Merseyside derby victory over Everton also booked Liverpool’s place in round four of the FA Cup, and Alexander-Arnold has outlined his desire to maintain, or surpass, the success of 2019 this year.

“Keeping up the momentum we’ve got and trying to replicate 2019 as much as possible because, if we do that, I think more trophies will come,” the right-back told LFC’s Official Matchday Programme regarding his goals for 2020.

“With the position we are in in the Premier League, if we can replicate what we did in the first half of the season then we will be in a solid position come May.

“Hopefully we can get to another Champions League final too, but we’ve got a difficult draw. Atletico Madrid are a stubborn team, one that’s hard to break down, and a passionate team with a passionate manager. It’ll be interesting to see the two managers on the touchline and see who is more passionate!

“We enjoyed the Champions League last year because we had such a tough run. Every game we had to get to the final was against a different type of opponent after a really tough group.

“We had a tough group this year and a tough round of 16 opponent again, but we like to be tested as a team because it brings the best out of us. If you want to be the best you have to beat the best, so for us it’s about testing ourselves as much as possible.

“Hopefully we’ll be able to go back to Istanbul again, which would be massive for the club, but to have a perfect 2020 we need to win as many trophies as possible.”

Alexander-Arnold’s personal journey included another significant milestone earlier in 2019-20, when he became fourth-youngest player to reach 100 Liverpool appearances in the club's history.

On that feat, the 21-year-old Academy graduate said: “That was something I was incredibly proud of. I always wanted to achieve it. I envisaged doing it but never thought it was realistically possible [to achieve at such a young age]. Not many are able to achieve that because even if you stay fit and play a lot of games, you’re still talking maybe 40 to 45 games a season.

“Realistically, you’re looking at three, four maybe five years as a youngster before you hit 100 games because you’re not going to play every game at the start. So, for me, it is something that I am massively proud of and my family are so proud as well.

“There have been a lot of big moments in those 100 games and also a lot of lessons to be learned, but hopefully I can keep going and get a few hundred more games for Liverpool.”