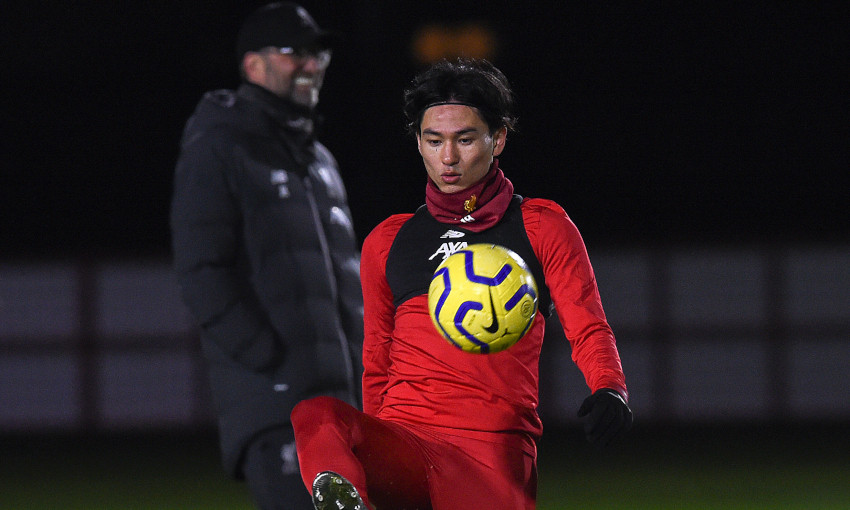 Jürgen Klopp has yet to decide whether Takumi Minamino will make his Liverpool debut in the FA Cup tie with Everton on Sunday.

The Japan international began training with his new teammates earlier this week, having sealed a transfer from Red Bull Salzburg last month.

At his pre-Everton press conference, Klopp was asked about the parallels with Virgil van Dijk’s first Reds appearance – when he scored the winner in an FA Cup third-round clash with the Blues at Anfield two years ago – and how likely Minamino is to feature.

“I think it’s pretty much the same situation, I’m not 100 per cent sure,” replied the manager.

“Virg was injured before, he didn’t play for a while I think for Southampton. So, when he came in, I remember the morning session, I decided in the morning because it was not the actual plan; then, in the morning I just thought, ‘Why not? Come on, let’s give it a try.’ It was obviously a good decision that time.

“Takumi is here and had three sessions with the team now, that’s not so much. But it’s football still.