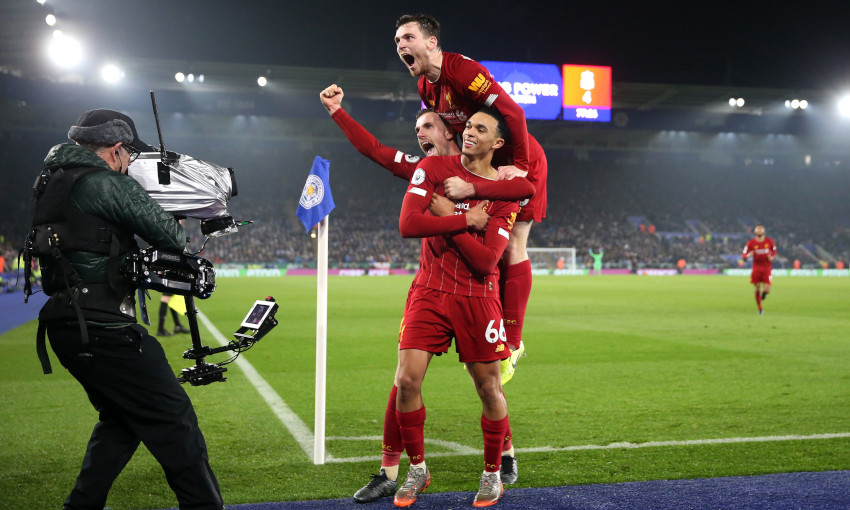 Andy Robertson has revealed why Liverpool's pre-Christmas travel served as extra motivation for the Boxing Day victory over Leicester City.

The Reds journeyed to Qatar last week, where they became world champions for the first time in history by beating Monterrey and then Flamengo at the FIFA Club World Cup.

Having returned on Sunday evening, the Premier League leaders had to recover quickly for the challenge of a clash with their nearest rivals in the table.

And the ‘no excuses’ mentality within the squad was influential in their comprehensive 4-0 win at King Power Stadium, explained Robertson.

“If you can’t get up for a game for Liverpool Football Club then I don’t think you will get up for many things,” the left-back told Liverpoolfc.com post-match.

“Coming back from Doha, yes it was a long flight and we had two games including extra-time but we came back world champions – if that doesn’t give us a bit of confidence then I really don’t know what would, so we were never worried about that.

“We knew our legs were ready, we’ve done everything right over the last couple of days and it was just about showing it because the excuses were there for people to jump on it, but these lads don’t give anyone any excuses.

“We are on at each other every single day and that’s why we were always going to be 100 per cent. Yes, it’s easy to say that now 4-0 up; even if we’d have lost, it wouldn’t have been down to the travel.”

Roberto Firmino’s header put Liverpool ahead of the Foxes after an impressive opening 45 minutes that merited more goals.

And the visitors made their ascendancy show on the scoreboard in the second half as James Milner’s penalty was followed by another Firmino strike and a fourth of the night by the exceptional Trent Alexander-Arnold.

“I think we put in the complete performance, I thought we were amazing from start to finish,” said Robertson.

“We started with such a high tempo and forced Leicester into mistakes. They didn’t play as well as they would have liked, we know that, and they gave us a chance to win possession back but it was down to our pressing and the tempo we were playing at.

“I think it’s our best performance of the season and what a time to do it, but it’s only three points so we are not getting carried away. We’ve got a lot of big games coming up.

“But to go three points further ahead of your closest rivals is always nice.”

Jürgen Klopp’s side must now recover and recharge for Sunday’s clash with Wolverhampton Wanderers at Anfield.

Wolves have collected 14 points from their past seven fixtures, ahead of a home meeting with Manchester City this evening, and only the Reds have lost fewer league matches than Nuno Espirito Santo’s team so far this season.

No surprise, then, that Robertson called for ‘same again’ this weekend.

“They are absolutely flying at the minute so it’s going to be another incredibly tough game and we need to get our legs ready,” added the Scotland captain.

“But we felt fresh [against Leicester], we felt good, and hopefully we feel the same against Wolves because it means we can do the running and do the pressing like we want.

“This was a complete performance and now we need to take that confidence into the Wolves game again.”