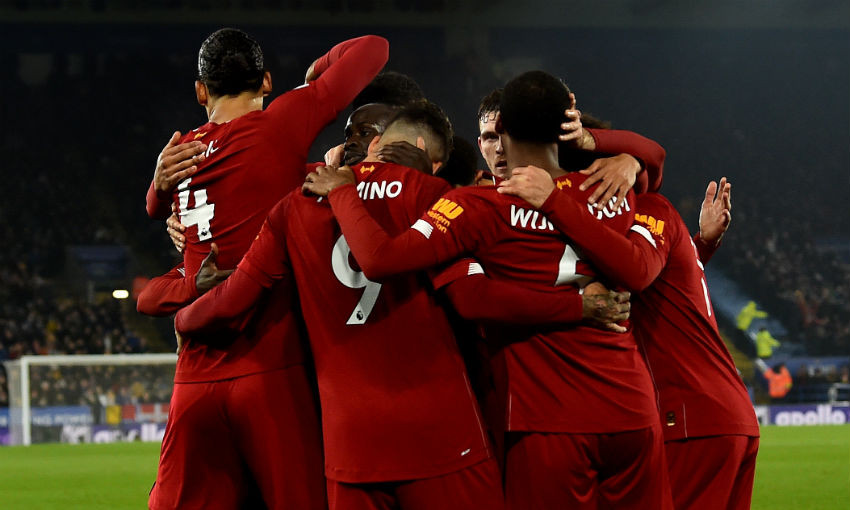 Liverpool moved 13 points clear at the top of the Premier League with a stunning 4-0 win at second-placed Leicester City on Boxing Day.

A consummate away performance from the Reds saw them control the first-versus-second contest from the first whistle until last, with Jürgen Klopp’s only regret at half-time surely that his side had only scored once for all their dominance, through Roberto Firmino’s 31st-minute header.

A three-goal burst in the space of seven second-half minutes gave the scoreline a more accurate appearance, with James Milner’s penalty being added to by goals from Firmino and Trent Alexander-Arnold that rounded off brilliant moves in style.

The visitors could, and perhaps should, have scored more, but this was a display that merely underlined their status as world and European champions - and comprehensive Premier League leaders.

Georginio Wijnaldum returned to the starting line-up in the Reds’ sole change from the FIFA Club World Cup final win. The Dutchman replaced the injured Alex Oxlade-Chamberlain in midfield.

A purposeful start from Liverpool yielded a gilt-edged chance inside the opening minute.

After Kasper Schmeichel had gathered Alexander-Arnold’s powerful long-ranger at the second attempt, Naby Keita read the Leicester goalkeeper’s intention to play the ball out to his left.

The No.8 seized possession and fed Mohamed Salah, who clipped in an inviting cross that Sadio Mane attempted to direct home from close range. The forward couldn’t arrange his feet in time, though, and the opportunity was spurned.

Salah then sent a wayward shot off target after Wijnaldum had mimicked Keita in stealing the ball high up the pitch, and a breathless opening 10 minutes concluded with the hosts offering a first glimpse of their attacking danger.

James Maddison slipped Jamie Vardy in down the left, but the striker’s low cross was dealt with coolly by Andy Robertson.

The resulting corner led to another presentable chance – but for Liverpool, not Leicester. A lightning-fast counter saw Salah latch on to Keita’s through-ball and round Schmeichel, only for the No.11 to shoot into the side-netting from a tight angle.

Firmino was next to regain possession in a dangerous area, Wilfried Ndidi the victim this time, and Jordan Henderson’s subsequent effort looped up and just wide via a deflection.

The authority with which Liverpool performed from the outset would be rewarded on the half-hour, however.

Having kept the pressure on from Robertson’s corner that was partially cleared, Alexander-Arnold, temporarily stationed on the left, sent in a delicious cross that Firmino steered in with a firm, downward header.

The Reds did not ease off after the opener, either, and would have been further ahead almost immediately had Schmeichel not denied Mane impressively after the Senegalese had bulldozed his way into the penalty area. 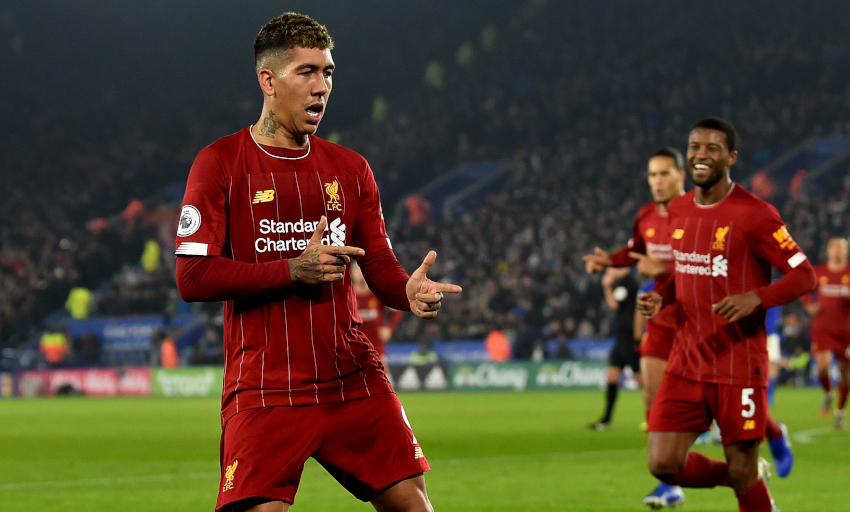 After Joe Gomez had deflected Youri Tielemans’ shot wide soon after the restart, a sustained spell of Liverpool pressure led to Firmino side-footing wide after opening up his body to meet Robertson’s fine delivery.

Leicester threatened to grow into the game in the wake of that let-off, although another rapid Reds counter could have led to a second goal when Salah’s attempt was blocked.

That was the Egyptian’s final involvement as Klopp made a double change: Milner and Divock Origi on for Keita and Salah.

And Milner’s very first touch of the ball involved the vice-captain rolling in a penalty in ice-cool fashion after Caglar Soyuncu had handled Alexander-Arnold’s corner.

With that, Liverpool pressed their foot down on the accelerator as two team moves of jaw-dropping quality made it 4-0 by the 78th minute.

First, Firmino was on hand to place a finish into the top corner once he’d been found by yet another precise Alexander-Arnold ball in, before the right-back got in on the act himself by rifling Mane’s unselfish lay-off into Schmeichel’s far bottom corner.