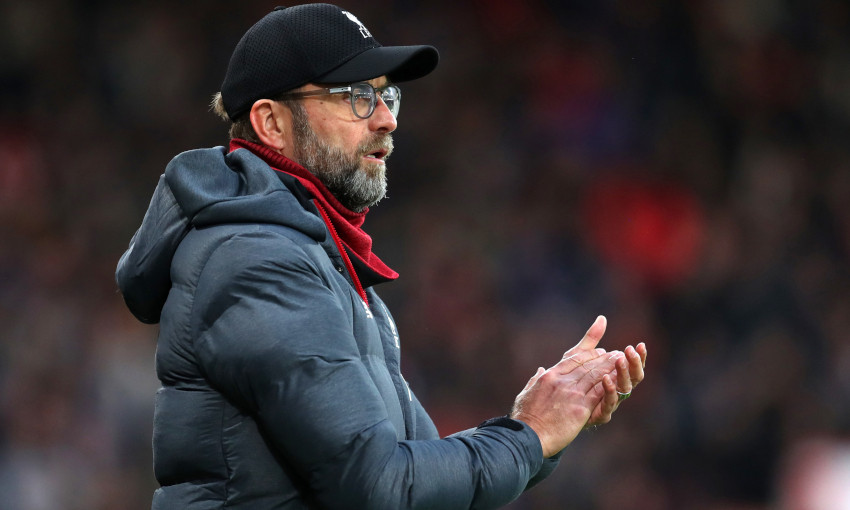 Jürgen Klopp is confident fatigue will not be an issue for Liverpool as they travel to Leicester City on Boxing Day completely focused on facing an 'exceptional' opponent.

The Reds landed back on Merseyside on Sunday afternoon after spending a week in Qatar, where they defeated Monterrey and Flamengo to become FIFA Club World Cup champions.

Klopp admitted it was not straightforward to acclimatise in Doha but feels the preparations he and his staff were able to make for their transition back to the UK means the players will be ready to go at King Power Stadium.

“Whenever I ask the players, we are all in a situation where everybody wants to be constantly fit so I don’t have to ask them,” he responded to a question about potential fatigue at his pre-match press conference.

“So, I can only judge myself; the way to Qatar, sleeping-wise, was difficult to get used to, for me. On the way back it was completely normal. Since then, all good – we had a day off yesterday, I’m pretty sure the boys slept as much as they could and they should be completely fine today.

“From that point of view, the way there – change of climate and all that stuff – was really kind of intense and we needed days, maybe nearly the full week, to get used to it.

“But on the way back – with all the circumstances we know over four years – was all good.”

Leicester sit second in the Premier League table, 10 points behind Liverpool, but Klopp insisted the possibility of extending their advantage over the Foxes – and what that would mean for the title race – is not in consideration.

“We will not be fussed by that,” said the boss.

“All the talk before – if we would do this or this, what then happens – are absolutely not important to us. They have absolutely no influence.

“We are pretty good in shutting the doors around us, that it’s not interesting. It’s normal in this business that you have to talk about these kind of things, but we don’t have to think about it. And we don’t, we just play the next game and then we have a couple of hours’ time to recover and play the next game. There is no time for anything else.”

Leicester striker Jamie Vardy has netted 17 times in the Premier League this season, at least six more than any other player in the division.

Asked how Liverpool might stop the 32-year-old – scorer of seven goals in 10 appearances against the Reds – Klopp said: “We will try. The only problem we have is it’s not only Jamie.

“He is a massive threat obviously, he is an exceptional striker. Since I’m in England he is one of the top three probably because he’s always scoring, he is difficult to defend, always on the shoulder, running on your back, playing on the offside line – really, really, really dangerous.

“In football the only thing you can do is avoid passes, try to avoid as many passes to him as you can, and that’s what we’ll try, like we always do.

“But Leicester is not only Jamie Vardy; Brendan [Rodgers] did an excellent job there and they are a proper, top-class team in a situation where people still speak about them a little bit like, ‘Oh, how did they come there?’ The quality they have is exceptional. Plus, the manager they have makes a really good mix. And we are aware of that.

“But apart from that, we will prepare like we always do. So far, they only played us once and now we have to show a few things from the first game at least again because it was a good game.

“Probably how Leicester will see it, with an unlucky end for them with the penalty. But the situations around the penalty, the goals we scored and the chances we had, we played really good football – and that’s what we have to do again.”