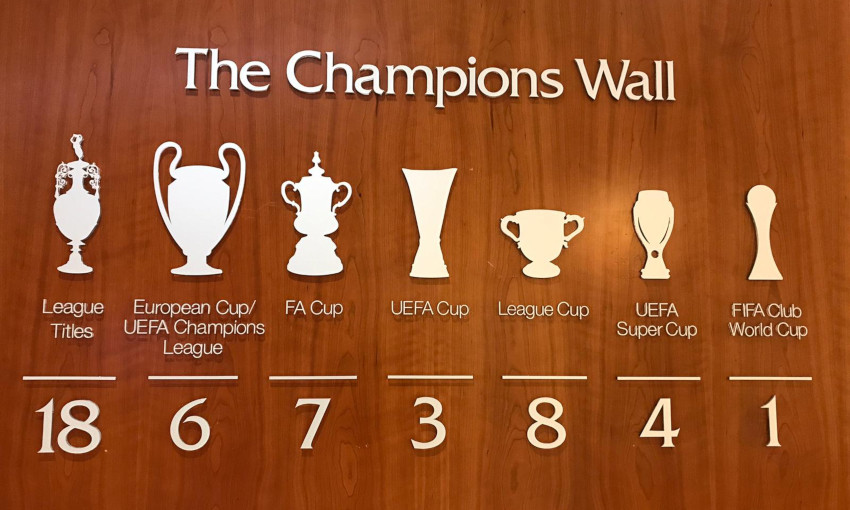 There has been a third upgrade of 2019 to the Champions Wall at Melwood as Liverpool's first ever FIFA Club World Cup title was added to their honours list.

The Reds lifted the global crown in Qatar on Saturday night after Roberto Firmino's extra-time goal defeated Brazilian side Flamengo.

The Club World Cup is the 47th major trophy in Liverpool history - and the new addition to the haul is now proudly reflected in reception at the training ground, as the photo above and video below show.

Klopp on Melwood farewell: 'I will miss it, but Kirkby will be great'