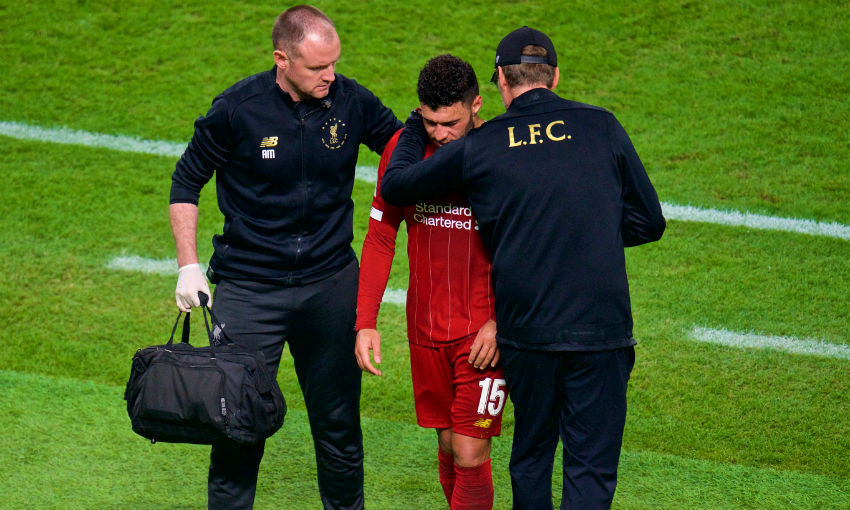 Jürgen Klopp struck a hopeful tone on the injury suffered by Alex Oxlade-Chamberlain in the FIFA Club World Cup final on Saturday.

The midfielder was forced off 75 minutes into an eventual 1-0 victory over Flamengo in Qatar as Liverpool became world champions for the first time.

Oxlade-Chamberlain appeared to land awkwardly on his ankle and Klopp admitted the issue is ‘not perfect’ but the No.15 ‘feels OK’ ahead of further assessment.

“I spoke a second ago with him,” said the boss at his post-match press conference.

“If you see it already on television again, for us in the game it was not so easy, he showed me now the video and when he’s landing he gets the kick and rolls over.

“He feels OK. We will see. Of course, not perfect – far away from being perfect – but we will see if it’s a ligament stretch only or is ruptured, partly ruptured or whatever, we have to see.

“That’s a big shadow again but that’s how it is in contact sport. He seems to be OK.”