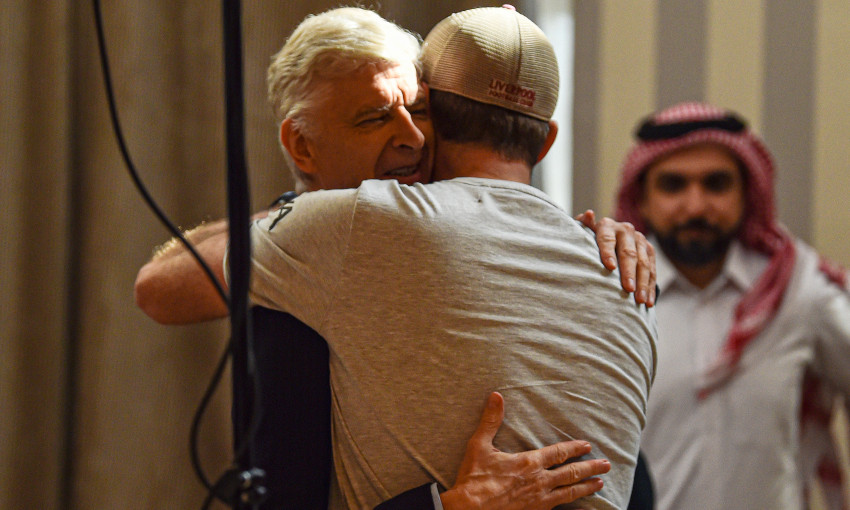 There was a special visitor to the Liverpool team hotel in Qatar on Thursday – former Arsenal manager Arsene Wenger.

The 70-year-old, who for more than two decades was a rival of the Reds while Gunners boss, dropped by for an interview with Jürgen Klopp for beIN MENA.

And as our photos below show, there remains a huge mutual respect and admiration between the pair.

Meanwhile, Virgil van Dijk and Georginio Wijnaldum participated in a unique interview of their own in Doha, with questions being posed to them by former Netherlands international Nigel de Jong.