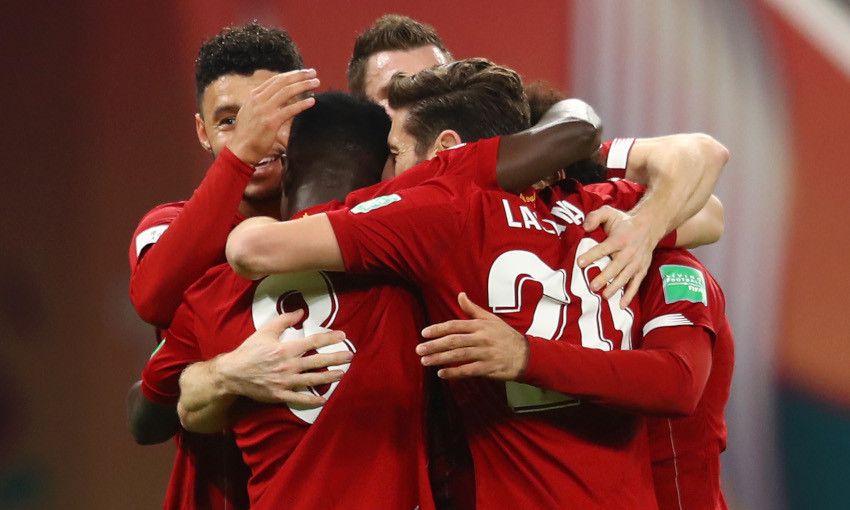 The Brazilian combined with fellow substitute Trent Alexander-Arnold to slot home at the near post in the 91st minute and send the Reds into Saturday’s final with Flamengo.

The teams had earlier traded two early goals as Naby Keita’s opener from Mohamed Salah’s fine pass was cancelled out when Rogelio Funes Mori finished after Alisson Becker had parried a shot.

And the contest looked to be heading for extra-time until Firmino pounced decisively to secure a berth in the final and keep alive ambitions of bringing the trophy back to Merseyside.

With Virgil van Dijk ruled out due to illness, Liverpool fielded Jordan Henderson alongside Joe Gomez in central defence as five changes were made to the team deployed against Watford in the Premier League last weekend.

Since arriving in Qatar on Sunday evening, Liverpool had made clear their determination to go all the way in a competition the club had never previously won in its history.

And having dominated the ball in the opening exchanges, they duly took the lead with 12 minutes on the clock at the Khalifa International Stadium.

Salah picked up possession in a central position 25 yards from goal and played a near reverse pass into the path of Keita’s run behind the back line of the Mexican side. The No.8 finished with aplomb as he steered beyond Marcelo Barovero.

However, any suggestion the Reds would have it all their own way was swiftly dismissed when Monterrey drew level inside two minutes.

A free-kick loaded into Jürgen Klopp’s side’s area resulted in Leonel Vangioni getting a strike in on goal. Alisson did well to keep out the effort, but the ball broke for Funes Mori, who made no mistake from close range.

Liverpool went close to regaining the lead when Salah backheeled for James Milner, but his prod goalwards was blocked by Baraovero’s sprawling stop, while at the other end, Alisson needed to get both gloves to a stinging drive from Dorlan Pabon.

The goalkeeper was called into action once more in the 37th minute, palming away Pabon’s attempted square pass across the six-yard box for Funes Mori.

Then, Keita’s attempts to round Barovero were foiled by the ‘keeper managing to claw the ball away from his feet, leaving the scoreline tied at the halfway stage.

The re-start yielded chances for both teams in quick succession as Andy Robertson hoisted a strike from loose ball well over the bar and Pabon had a powerful blast from a free-kick beaten away by Alisson.

On 58 minutes, Keita’s trickery and persistence created a clear shooting opportunity; however, his eventual blast was blocked by Barovero’s right forearm.

Sadio Mane was introduced into the action in place of Shaqiri with 68 minutes on the clock – right after Alisson had palmed a long-range punt from Funes Mori around the base of his post.

Origi was left holding his head in his hands soon after when he sliced Milner’s cut-back wide of the far post when well placed inside the box.

Alexander-Arnold and Firmino were introduced from the bench soon after – and it was the substitutes who combined to secure a dramatic victory.

Salah initially surged down the right before laying the ball back in the direction of Alexander-Arnold, who steered a precise pass towards the near-post area. Firmino arrived on cue to slot in and send Liverpool into Saturday’s final against Flamengo.