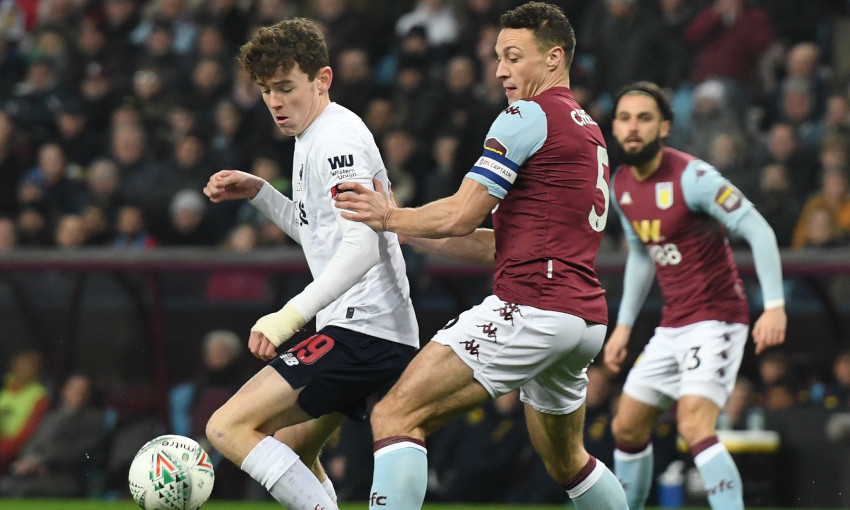 Liverpool's Carabao Cup campaign came to an end on Tuesday night as Aston Villa claimed a 5-0 victory in their quarter-final at Villa Park.

Conor Hourihane’s opener and Jonathan Kodjia’s brace sandwiched an unfortunate own goal from Morgan Boyes in the first half, before Villa substitute Wesley added a fifth goal on the final whistle.

With Jürgen Klopp and the first-team squad out in Qatar to compete in the FIFA Club World Cup, U23s boss Neil Critchley took charge for the game and fielded Liverpool’s youngest ever starting XI, with an average age of 19 years and 183 days.

There were five debutants, with Tony Gallacher, Boyes, Isaac Christie-Davies, Tom Hill and Luis Longstaff all making their bow for the senior side, while Spanish midfielder Pedro Chirivella was handed the captain’s armband. 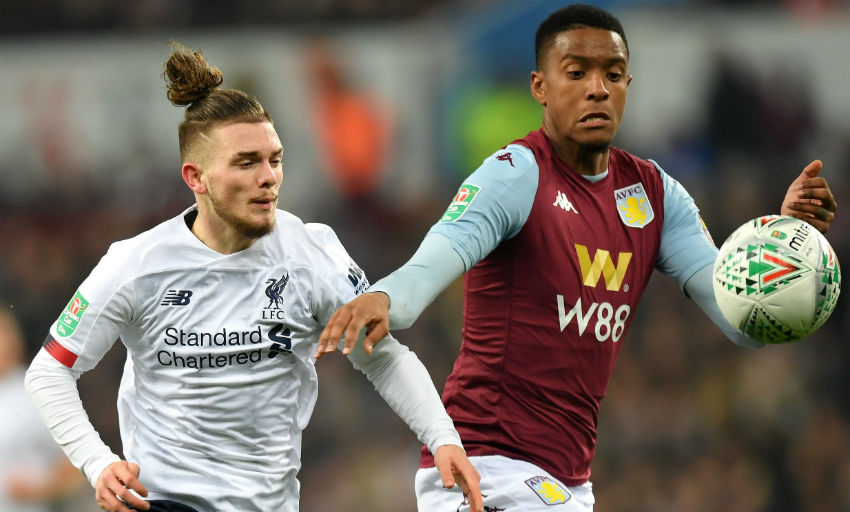 The talented crop of Academy players started well at Villa Park, looking unfazed and composed in possession, and it was clever play from Harvey Elliott and Hill that combined to produce the first shooting opportunity of the match after five minutes, although Longstaff was flagged offside.

Elliott continued to show the flashes of quality that saw him start both previous Carabao Cup ties this season – against MK Dons and Arsenal – and, after driving at the Villa defence, stung the hands of goalkeeper Orjan Nyland with a rising strike.

With confidence growing, the Reds continued to press the hosts high up the pitch and once again forced a good shooting opportunity. This time Nyland had to react well to deny Herbie Kane from close range, before Elliott’s follow-up strike hit the side-netting.

But with 14 minutes gone, and Liverpool dominating possession, Villa struck. Hourihane whipped in a free-kick from the right flank that evaded everybody in the box and nestled in the far corner of Caoimhin Kelleher’s net.

Three minutes later, following a huge slice of misfortune, it was 2-0. Defender Boyes raced out to the left flank to close down a delivery from Ahmed Elmohamady, only to see the Villa player’s attempted cross deflect off his outstretched leg and loop freakishly over Kelleher and under the bar.

But Liverpool’s youngsters reacted well and forged more chances as the tricky Elliott continued to threaten. The 16-year-old backed up his marker into the box and then, with two defenders to beat, chipped an inventive pass into Christie-Davies, whose strong volley was saved well by Nyland.

With the visitors seemingly settling back into the game with some tidy passages of play, Villa struck again on 37 minutes. Kodjia latched onto a forward pass behind the defence and after racing clear into the box, slotted a calm finish past Kelleher.

Villa made it 4-0 on the stroke of half-time when Elmohamady flashed in a low cross from the right and Kodjia got there first at the near post to guide the ball into the net and bag his second of the night. 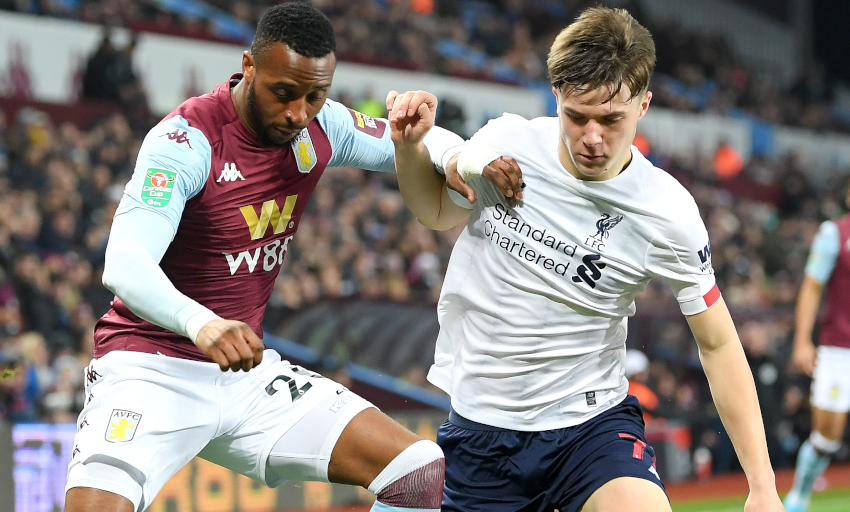 The Reds continued to press after the break and looked to have struck back when Kane connected with Gallacher’s driven cross but Villa goalkeeper Nyland responded with a reactionary save from point-blank range.

As in the first half, Villa came to life following the threat on their goal.

First, Kodjia broke free and was only denied by a full-stretch save from Kelleher. Sepp van den Berg then cleared off the line and when moments later Trezeguet shot wide, Critchley opted to make his first substitution, bringing on Jack Bearne for his debut to replace Longstaff on 65 minutes.

Undeterred, Liverpool pressed on, looking for the goal their performance warranted, but Kane drilled a shot wide and then Ki-Jana Hoever’s cross evaded Hill at the far post, and it seemed that breakthrough would just not come.

Critchley handed out two more debuts as James Norris and Leighton Clarkson came on to replace Hoever and Christie-Davies in the closing stages and there were still more chances to come for the Reds.

With 85 minutes on the clock, Gallacher saw his shot parried by the impressive Nyland and the Villa stopper was there again to thwart Clarkson from the rebound.

And the final sucker-punch for the visitors came with almost the last kick of the game when Wesley got in behind and calmly finished into the bottom corner, confirming elimination from the Carabao Cup.