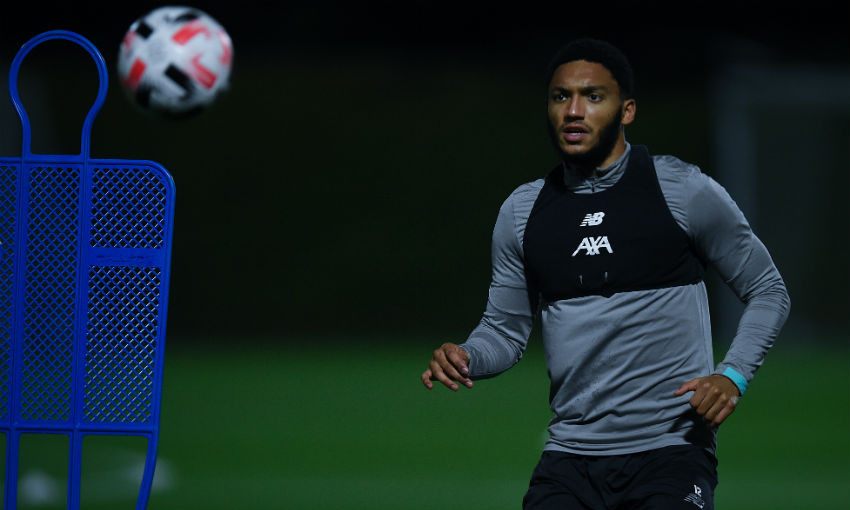 'I'd love to be involved at Villa Park - we can't wait'

Joe Gomez considers the FIFA Club World Cup to be an opportunity for Liverpool to satisfy some of their hunger for silverware, while also offering the chance for the squad to gain further beneficial experiences.

The Champions League holders are in Qatar as they look to win the competition for the first time in the club's history, beginning their campaign with a semi-final encounter against Mexican side Monterrey tonight.

The thought of writing another chapter in Liverpool folklore is something that excites Gomez and his teammates, with Jürgen Klopp's men extremely eager to build on last season's success.

Read on below for a chat with the No.12 about the Club World Cup, the season so far and making the most of the opportunities likely to come his way... 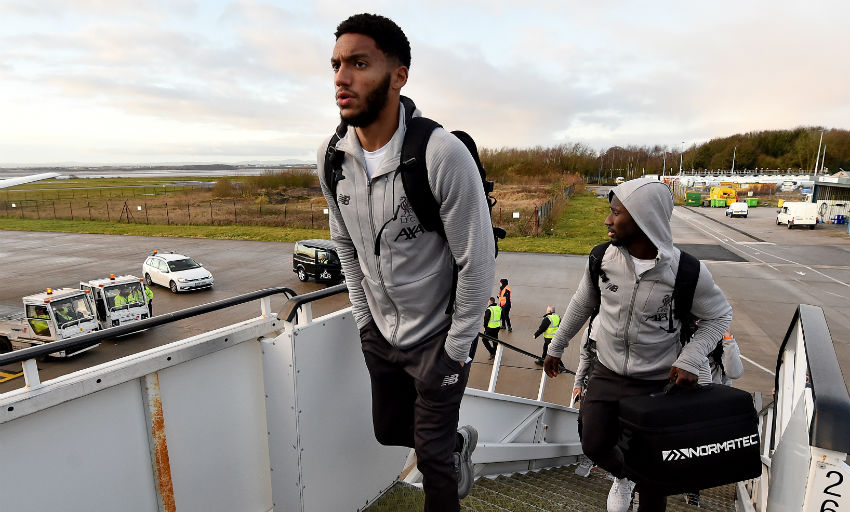 Joe, we're here in Qatar for the FIFA Club World Cup. It's obviously a trophy Liverpool haven't won before, which is quite rare, so just how much a motivation is that for you to go and win it?

We always want to be a part of history of this club. The chance to do so, considering it's not been won before, is a big thing for us. That being said, we're obviously very motivated to try to win this. I think [winning the Champions League] only made us hungrier. It is a habit we want to keep and try to make it a consistent part of our season that we come away with some silverware. Hopefully we can do that.

You're playing Mexican side Monterrey on Wednesday. Just as a player, do you learn much playing against teams from a different continent?

That's one of the pluses but it's also a part of the game that's going to be complicated in the sense that we normally are pretty aware of our competition in the Premier League and the domestic cups in England. But it's part and parcel and it's a challenge for every team. That's one thing we're going to have to get over and face head-on. There's differences in styles of play and so on. It is a challenge but one as professionals we've got to thrive off and enjoy that different aspect. I think that's one of the reasons why everyone is so excited to be here.

The season so far then, it really does feel like Madrid was the start of something special. Was that the feeling among the squad shortly after all the celebrations died down?

The biggest thing that it gave us was the belief that we can challenge and be one of the best teams in Europe and, in this case, the world. I think there's definitely belief in the team but we know that's just beginning and at the end of the day, we have to back that up with performances and trying to do our best to come away with the silverware in the end. Hopefully that's the final step that we can take and continue to take.

At the mid-December point of the season, has the campaign so far even exceeded your expectations?

Of course it's a positive start and we know that we're in a good position in the league. But at the end of the day nothing is won yet. This in itself is an individual competition and we have the chance to win it this week. But the Premier League is a long season. If you offered us that start at the beginning of the season obviously we would have taken it, but come May I think that position is what's most important. Being there now doesn't mean anything if we don't hold it until the end.

But I get the impression that you all collectively feel there's more levels this team can go to...

One hundred per cent. I think it's so early on for us as a team. I think we're a young side and we have a chance to try to accomplish a lot in the years to come. Just now this first half of a season, it's minute in a sense that there's so much to do and there's so many seasons ahead of us - this season alone being one.

On yourself, injuries to Joel Matip and Dejan Lovren mean you're likely to get an extended run in the team. It's never nice to see your teammates injured, but this is an opportunity for you…

Like you say, you never want to prey on anyone's downfall. I myself have been there with injuries and so on and I know it's far from a nice place to be. But it's part and parcel of the game and it's why we have to work hard when we're not involved to be prepared. It can happen at any time, so I myself have to try to do my best to help the team. On a personal note, it's an opportunity but the main thing is trying to participate as best I can to perform for the team.

As much as you wanted to play, you must have been impressed by the form of Joel before his injury and then Dejan…

One hundred per cent. That's credit to them, considering that Joel started the season so well and Dejan continued that form. That leaves a level of expectation for me and that's all I'm focused on doing - just trying to fulfil that level of performance. Hopefully I can do so.

And playing alongside Virgil van Dijk at centre-back, it looks like the understanding between you that was there last season is still present this term. That's three clean sheets in a row now…

Me and Virg get on well. His level of performance is self-explanatory and obviously it's a massive help being able to play alongside him. We do have an understanding off the pitch as we're good friends and on the pitch that's something I hope to continue. Hopefully we can do that. 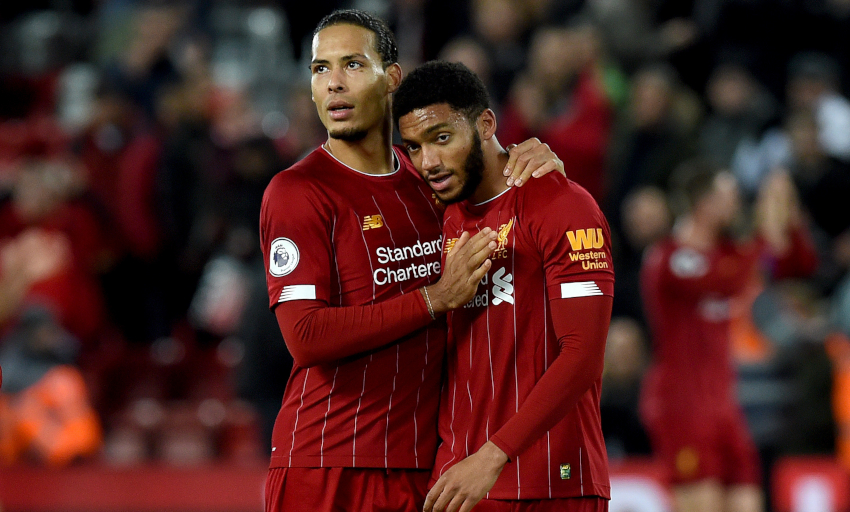 Playing right-back or centre-back, it seems you don't mind as long as you're playing and helping the team. But how difficult is it to switch positions every other game or so?

It's important to just help the team but it is a different preparation in terms of positionally. But I like to think they help and coincide with each other to help me perform well ultimately. It's one of the challenges that you face but I think many players in this team do that for the team and play in multiple positions. I think that's part of the expectation of this team.