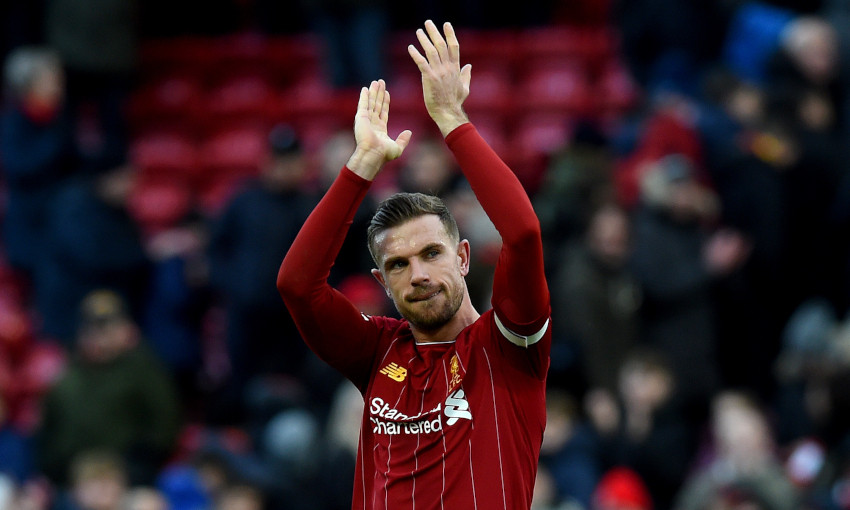 Jordan Henderson was delighted with Liverpool's perseverance that secured a 2-0 victory over Watford in the Premier League on Saturday.

Mohamed Salah opened the scoring at Anfield with a brilliant finish close to half-time but the visitors went on to create a number of chances that could have led to an equaliser.

The three points were secured in the final minute of the match, though, when Salah added the second by backheeling into the net.

"An important three points, we knew it would be difficult," Henderson told Liverpoolfc.com post-match.

"They've got a new manager and we knew they'd make it very difficult for us, which they did.

"Tough conditions, to be fair, but overall we've got to be delighted with the three points. A professional performance, things we can improve on, of course, but we'll take the three points and move on.

"[The second goal] took a while, it felt like ages because of VAR again! But delighted to wrap it up at the end with a second goal.

"Maybe we could have scored before that but we kept going right until the end and got our rewards."

A busy December continues as the Reds will now fly out to Qatar to compete in the FIFA Club World Cup.

Henderson views the competition – which the Reds will enter at the semi-final stage – as another opportunity to satisfy the squad's intense hunger for more silverware.

"Well, we want to go there and win," the captain continued. "Big games coming up, so we've got to recover well.

"There's a big game Wednesday and hopefully we can do a job to get into the final on the weekend.

"Another big week for us and hopefully we can come back with another trophy."