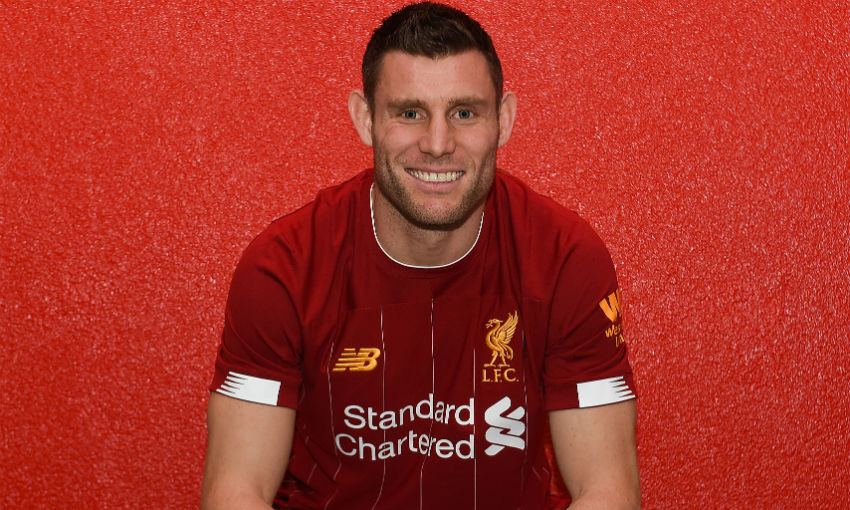 Jürgen Klopp reflected on news of James Milner's contract extension with Liverpool FC with a simple yet emphatic message: "He is an exceptional player, professional and person."

The vice-captain put pen to paper on the deal at Melwood on Friday afternoon to prolong his Reds career beyond his fifth season with the club.

The confirmation followed this morning’s announcement that Jürgen Klopp – as well as assistant managers, Peter Krawietz and Pepijn Lijnders – have agreed extensions until 2024.

And Klopp told Liverpoolfc.com of Milner’s new deal: “I remember I said in the summer I had not had the pleasure of working with many players like James Milner before in my career – and I am so pleased I will continue to get the chance to work with him for the next few years.

“It is great news for Liverpool FC to have a player of – first and foremost – his qualities and attitude, but also, of course, his experience, here among our squad for the future.

The boss continued: “One of the best examples of this is how he was on the morning of the Barcelona game at Anfield when he arrived at Melwood – as soon as he walked through the door that day, he was pushing everyone around him and motivating them and I loved it.

“And one of my favourite things about Millie, of which there are many, is he is genuinely still improving all the time as a player.

“He is an exceptional player, professional and person.”