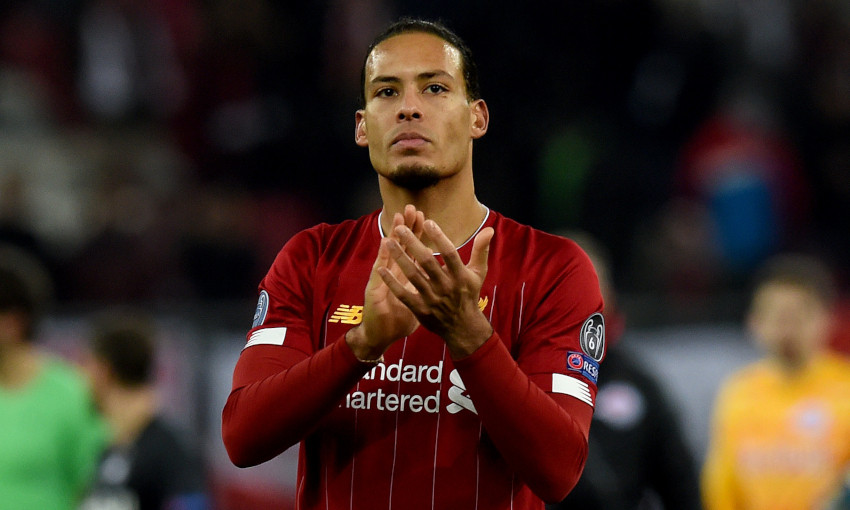 Virgil van Dijk credited Liverpool's maturity and game-management as they successfully overcame the threat of Salzburg to progress into the Champions League knockout stage as winners of Group E.

After an end-to-end first half concluded goalless at Red Bull Arena, the Reds struck twice in the space of 100 seconds through Naby Keita and Mohamed Salah to clinch top spot and extinguish the hosts' hopes of an upset in Austria.

"We had to be ready - and ready for a very tough night because they are a good side," Van Dijk reflected to Liverpoolfc.com following the final whistle. "They play a little bit similar to what we try to do, direct and try to get in behind the defence and stretch them. They did well.

"We had to be ready and we dealt with it and then obviously at the end of the first half we had the opportunities to score for 1-0, maybe 2-0 with Naby but unfortunately we didn't do that.

"In the second half we were very mature and played a great second half."

If the opening 45 minutes were frenetic in the freezing temperatures, Liverpool seized control of the contest following the break.

Indeed, the Reds could have added further to Keita and Salah's strikes as they conjured up a succession of golden opportunities.

"The belief is always there but you have to show how much you really want it," Van Dijk continued. "I think especially the second half we can look back good on. The goals we scored were very good, the whole second half I think everyone looked comfortable.

"Obviously at times they broke on us and that's the quality they have as well and you have to give them credit for that, too, and we dealt with it pretty well." 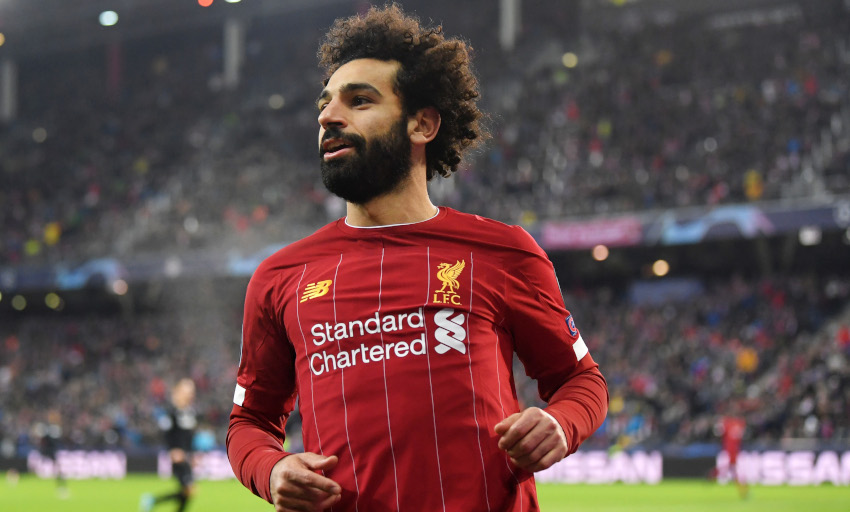 Keita's opener arrived in the 57th minute, with the midfielder claiming his second goal in as many starts to add to his strike at Bournemouth last weekend.

It capped another fine all-round display from the midfielder against his former club - one that caught the eye of Van Dijk.

The No.4 said: "It was a big night for him and I'm very happy for him to be that important and hopefully he can keep being important like the rest of the boys.

"He's a very good player and we all can see that and today he showed it with the goal as well."

Salzburg barely had time to digest their situation - one in which they needed to score twice to progress from the group ahead of Liverpool - before Salah made it 2-0.

The Egyptian latched onto a Jordan Henderson pass, took the ball wide of advancing goalkeeper Cican Stankovic and found the net from a seemingly impossible angle.

"He missed a chance in the first half, a big one, but you see his goal in the second half and that's the quality he has got, like the rest of the players.

"Sadio was outstanding, Bobby did so much work as well and it's a team performance, especially the second half."

Van Dijk also reserved words of praise for Henderson, who delivered a commanding performance in the centre of the pitch.

"He is a fantastic player, a fantastic captain and everyone is looking up to him and he is very important for us," said the centre-back.

"Like him, we have everyone that we need, and today he was very important with the assist and also in the game as well."