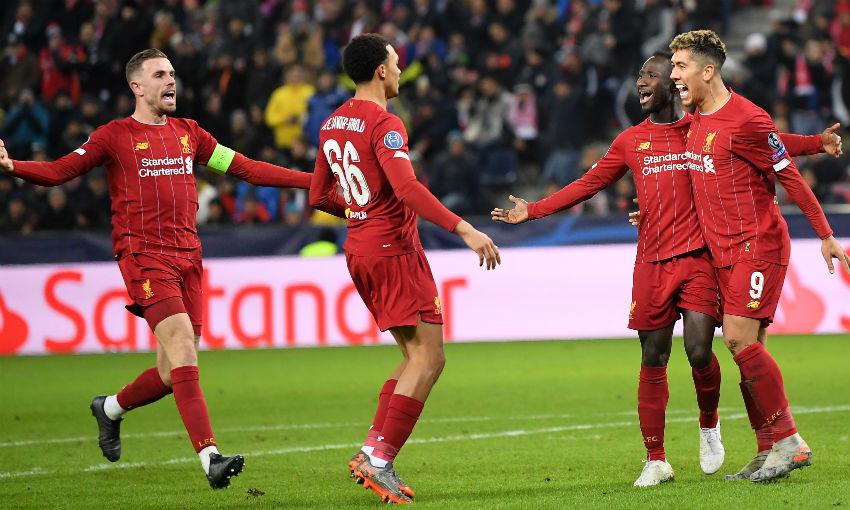 Liverpool reached the knockout stages of the Champions League after a hard-fought 2-0 victory away at Salzburg on Tuesday evening.

Goals from Naby Keita and Mohamed Salah – separated by just 100 seconds – at the Red Bull Arena see the Reds progress as winners of Group E.

A frantic first half ended goalless before Keita's header in the 57th minute broke the deadlock and was then quickly followed by an outrageous finish from Salah.

The current holders will discover their opponents in the next stage of the competition on December 16.

Georginio Wijnaldum overcame a minor knock to return to action, while Trent Alexander-Arnold and Sadio Mane were also deployed in the starting XI.

It was end-to-end all throughout the opening 45 minutes of the affair.

Virgil van Dijk was forced into two crucial interventions to prevent Erling Haaland and then Hee-Chan Hwang inside the opening 70 seconds.

Then Enock Mwepu fired an effort from long range that went straight into the arms of Alisson Becker.

But Salah very nearly put Liverpool ahead in the fifth minute.

A clipped Dejan Lovren ball over the top found the Egyptian running through towards goal, but his effort was stopped by Cican Stankovic.

Not long after, Alisson performed a brilliant double save to deny Hwang and then Takumi Minamino.

The opening blows did not stop there. In minute eight, Mane curled a shot from outside the area that went agonisingly wide.

He went close again in the 20th minute. Some neat link-up play with Roberto Firmino allowed the No.10 to get an effort away at goal near the left touchline that was pushed out by Stankovic. Naby Keita's shot on the rebound was blocked towards Alexander-Arnold, whose sliced shot went over the crossbar. 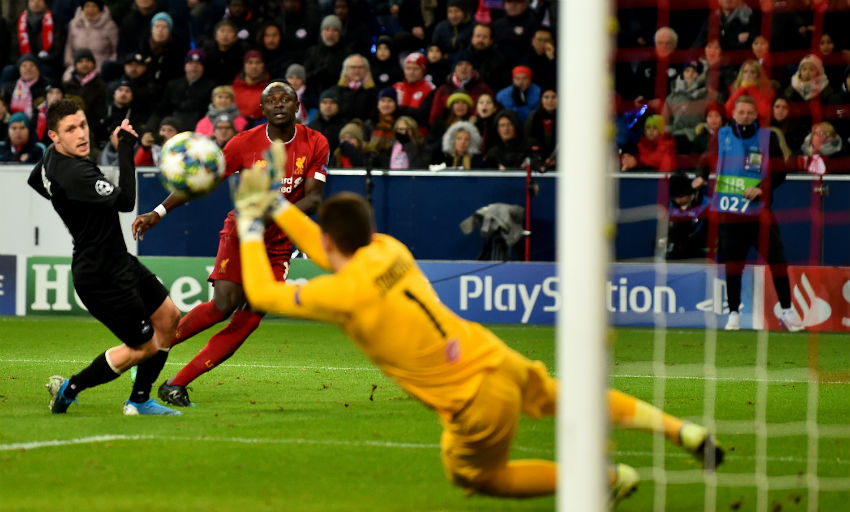 Salzburg responded by forcing Alisson into another save. Minamino slipped in Haaland on the left and the striker's finish from a tight angle was stopped with the feet of Liverpool's Brazilian stopper.

Shortly before the half-hour mark, Jordan Henderson found Keita making a run towards the opposing goal. The midfielder cleverly slipped in Salah, but he ended up dragging his shot wide of the goal.

And Liverpool would have the final opportunity of the first half that somehow ended goalless, with Keita thwarted from close range by Stankovic after Salah's through ball.

A similar intensity was displayed by both teams after the break.

Another chance fell Liverpool's way as Mane cut open the Salzburg defence with a fine pass three minutes into the second period. Salah, however, fired over when inside the box.

The No.11 was frustrated again moments later when he attempted to take the ball around Stankovic, but the goalkeeper intervened in the nick of time.

At the other end, Haaland found the side-netting with a finish from the left-hand side of the box.

Liverpool were forced into an early change when Lovren went down with an injury, with Joe Gomez his replacement. But that didn't disrupt the champions of Europe's flow as the goals soon followed.

Alexander-Arnold switched play across to Robertson, who then fed Mane. The speedster used his pace to beat Jerome Onguene and reached the touchline to draw Stankovic out before clipping a ball into the box.

And there arriving with a perfectly-timed run was Keita to nod into the unguarded goal.

Then Liverpool seized control of the tie in incredible fashion, with Salah undeterred after squandering a number of chances. 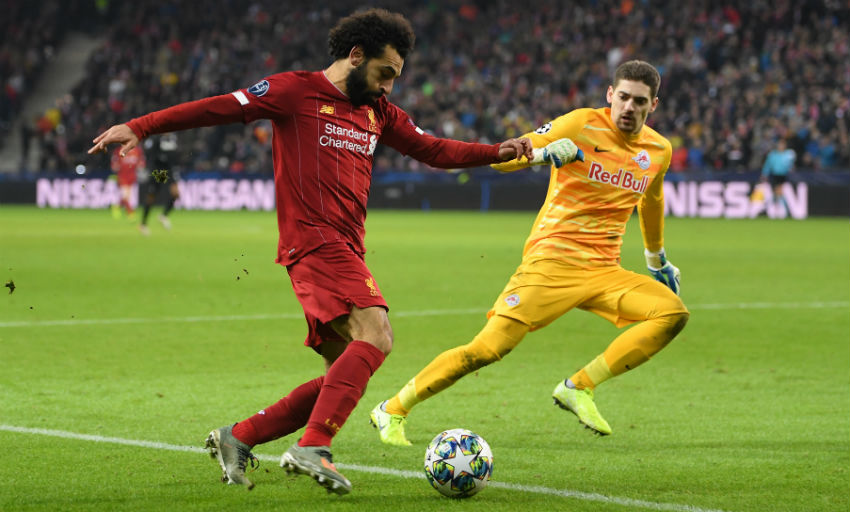 He raced onto Henderson's ball over the top, beating Onguene and the on-rushing Stankovic. Collecting the ball on the right-hand side of the area, the forward proceeded to find the far corner with a clipped right-footed finish from the tightest of angles.

The advantage was nearly increased to three, only for Mane to see two efforts blocked in the closing stages.

But the damage was done as Liverpool closed the game out to ensure the defence of their title goes on.