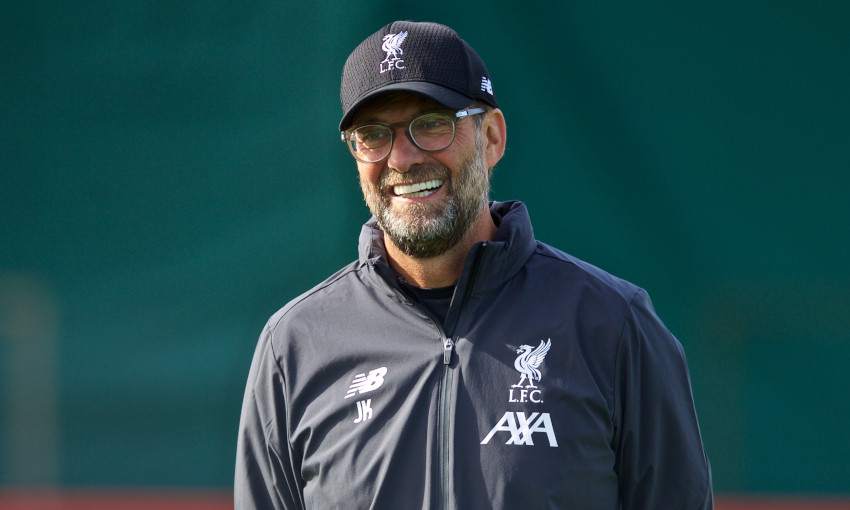 Liverpool are prepared for 'a final' against Salzburg as Champions League Group E concludes with everything still to play for on Tuesday night.

Jürgen Klopp’s side lead the section ahead of its last matchday and know a draw or win will guide them into the knockout stages of Europe’s top club competition for a third successive season.

Their opponents, meanwhile, still have a chance to progress – with a result that betters the Reds’ 4-3 win in the reverse fixture their only guarantee of qualification.

Klopp insists his team have been considering the decider at Red Bull Arena a final ever since Napoli denied them a last-16 spot a fortnight ago.

“It is exactly like it is. We drew the last game and after that game, Napoli were for sure in a better mood than we were – and Salzburg were in the best mood for sure, they won their away game and knew they could go to the next round by their own doing,” the manager told Liverpoolfc.com onboard the flight to Austria.

“But, how it always is, there were two weeks between the two games – the last one and the one tomorrow. And, day by day, everybody realised more there is still a game to play.

“We knew that first because we knew immediately after the Napoli game we have a final, and we have to make sure we are prepared for a final.

“We always had to do it the hard way, I can’t remember one time when it was, ‘Oh fine, done’ a week before. We are at least used to that.

“But it’s still a job to do, Salzburg are really strong. But, good news, we are strong as well and that’s what we have to show tomorrow night.”

Klopp went on to explain that Liverpool have no alternative but to approach the tie, which kicks off at 5.55pm GMT, with the aim of winning it.

“One thing is clear: Salzburg have to win. That’s the only really clear thing before the game. That sets the mark for the game as well,” he continued.

“Of course, we don’t know exactly how they will approach it but anyway it’s clear they want to win. But that means they have to beat us and that’s not so easy – and we should use that fact as well.

“But of course, we will not go for a point, I actually have no clue how that works. We will try to win with all we have and at the end we will see what happens.”

The boss used the depth of his squad last week as the Reds followed up a hard-fought victory over Brighton and Hove Albion with a 5-2 Merseyside derby triumph and a commanding 3-0 win at Bournemouth.

He made five changes for the visit of Everton and then seven on the south coast, and saw his faith rewarded by goals from Divock Origi, Xherdan Shaqiri, Alex Oxlade-Chamberlain and Naby Keita.

A 19-man travelling group, including Dejan Lovren and Georginio Wijnaldum after minor issues, set off for Salzburg on Monday and Klopp hopes that recent rotation can be beneficial in Austria.

“Of course it’s nice when the boys can contribute like they did, but of course that’s the plan all the time,” said the manager.

“Being part of that squad should give you enough confidence to perform but of course it’s slightly difficult when you are not used that much for different reasons, they all had different reasons.

“It helped a lot all the fresh legs that we’ve brought in, that was the most important thing: the fresh legs brought real freshness on the pitch, all of them. When Ox started the game before, you could really see a lively figure in the game.

“These things help a lot and we have to use that as often as we can because there are no advantages really in any competition, but if you can bring in high-quality players with fresh legs, that can be.”