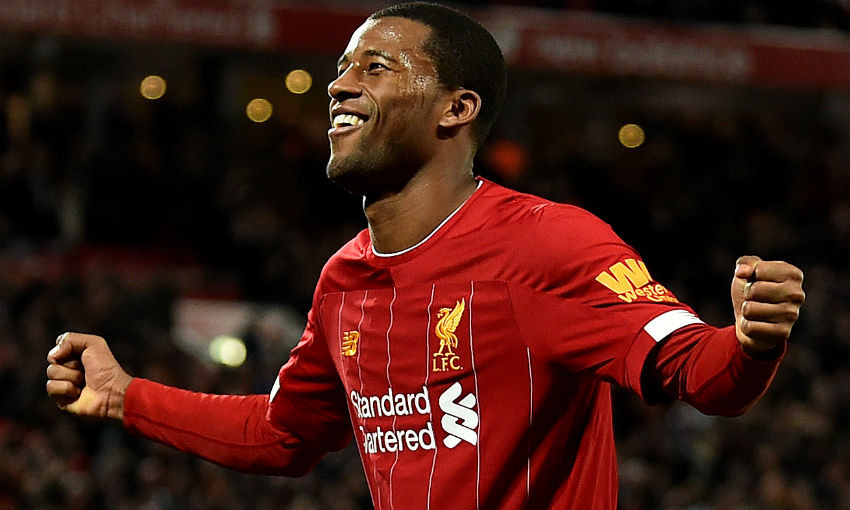 Georginio Wijnaldum is available to return for Liverpool in Tuesday’s Champions League tie at Salzburg.

A minor knock precluded Wijnaldum from playing in the Reds’ 3-0 victory at Bournemouth at the weekend, but Jürgen Klopp named the No.5 and Dejan Lovren - who was substituted in the first half at Vitality Stadium - in his 19-man travelling squad for the trip to Austria.

However, Adam Lallana, who also missed the win over the Cherries, has remained on Merseyside as he recovers from a minor knock of his own.

“It would have been maybe a risk or not [to consider Lallana against Salzburg], I’m not sure, but we decided to leave him at Melwood and then he can train with the team from Thursday on.”

While the boss confirmed he has no fresh injuries to contend with for the crucial game at Red Bull Arena, Lallana is joined on the sidelines by Fabinho (ankle), Joel Matip (knee) and long-term absentee Nathaniel Clyne (knee).

A desire to introduce fresh legs amid a frantic fixture schedule has led Klopp to make five and seven changes to his starting line-up in Liverpool’s last two games, against Everton and Bournemouth respectively.

Salzburg, meanwhile, will be without Antoine Bernede (shin), Patrick Farkas (health problems) and Sekou Koita (muscle injury) for the encounter.

Possessing a chance to reach the knockout stages of the Champions League for the very first time in the club’s history, head coach Jesse Marsch detailed the need for his players to focus on the task at hand, rather than be drawn in by the occasion.

Speaking at his pre-match press conference on Monday, the American said: “I’ve met so many people over the past few days who have wished us all the best.

“We need to keep our heads clear and just give our all. We know that Liverpool have been in this position for the last two seasons, needing points from the last game. We will go into the game relaxed.”