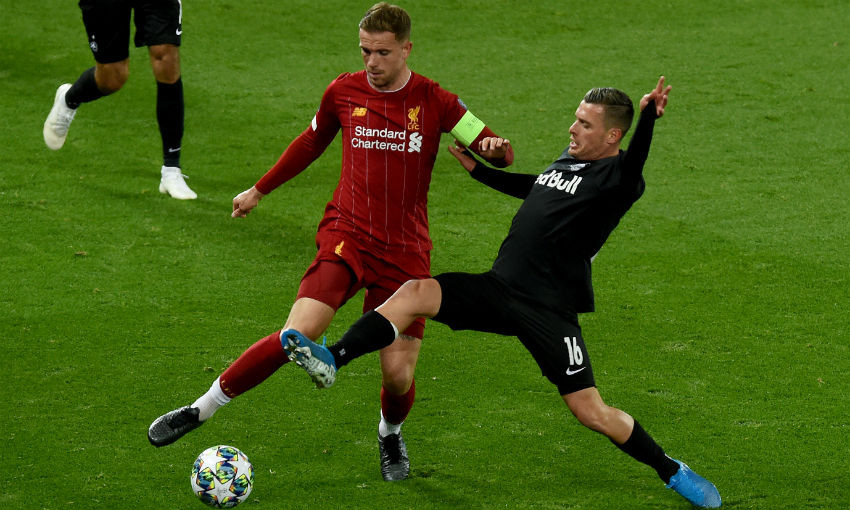 Liverpool face a showdown with Salzburg in the Champions League on Tuesday as the Reds look to secure a spot in the last 16 of the competition.

Avoiding defeat in the Austrian city would see the current holders progress from Group E at the expense of Jesse Marsch's side, who were beaten 4-3 at Anfield in matchday two.

Here are three individual battles to watch out for…

Salzburg's potent young forward wasn't fit enough to start at Anfield in October, but that didn't stop him from doing what he does best.

It took him just four minutes to find the back of the net as a substitute, making it 3-3 in that meeting before Mohamed Salah's eventual winner.

The 19-year-old certainly feels at home in the Champions League. In what is his first taste of the competition, Haaland has been on the scoresheet in all five of Salzburg's matches.

Robert Lewandowski (10) is the only player to have scored more than Haaland's eight so far this term.

But to add to that impressive tally, the Norway international must find a way through Van Dijk and co.

Van Dijk, UEFA Men's Player of the Year for 2018-19, is boosted by the fact he and his teammates secured their first clean sheet in 14 matches at Bournemouth on Saturday.

"Obviously everybody was desperate for that, now we have it so let's have it more often," Jürgen Klopp said afterwards.

That particular quest starts on Tuesday.

Mane will head back to Salzburg with fond memories. It was there where his 45 goals in 87 appearances across three seasons earned him a move to the Premier League.

He returns as a Champions League winner, the Golden Boot holder and – important in the context of this game – fully rested.

An unused substitute at Bournemouth, the No.10 can be unleashed against a Salzburg backline that has shipped 11 goals in Group E. 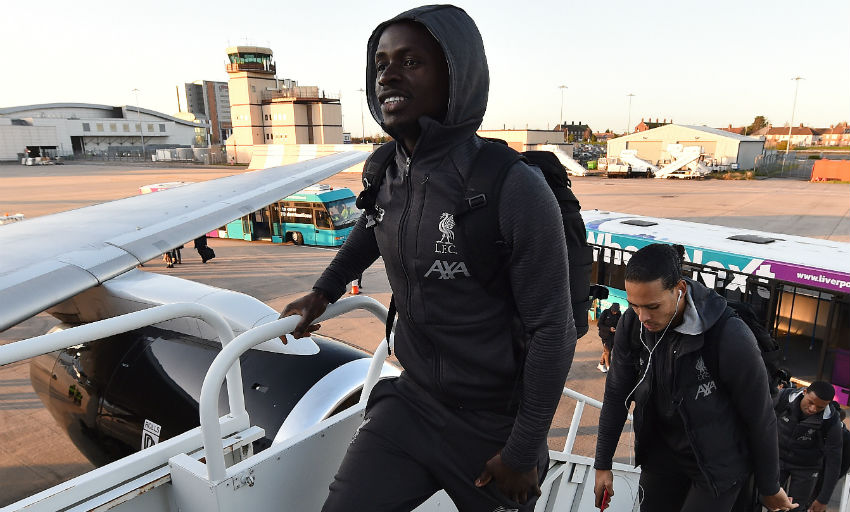 Right-back Kristensen is the player likely to be directly defending Mane once again.

The 22-year-old, who moved to Salzburg from Ajax in the summer, lauded Mane as a "complete football player" before October's meeting.

Mane would find the back of the net after nine minutes in that affair, a fixture Kristensen described as the "biggest" of his career.

But with a last-16 spot up for grabs, Kristensen will be even more determined to keep Mane quiet this time around.

Minamino was one of a number of Salzburg players that caught the eye at Anfield, and will be looking to do that again on Tuesday.

Despite being listed as a right-sided winger, the Japanese international pops up in all areas of the pitch.

Possessing nifty footwork, an eye for a pass and goalscoring threat, Liverpool will once again need to be wary of the 24-year-old. 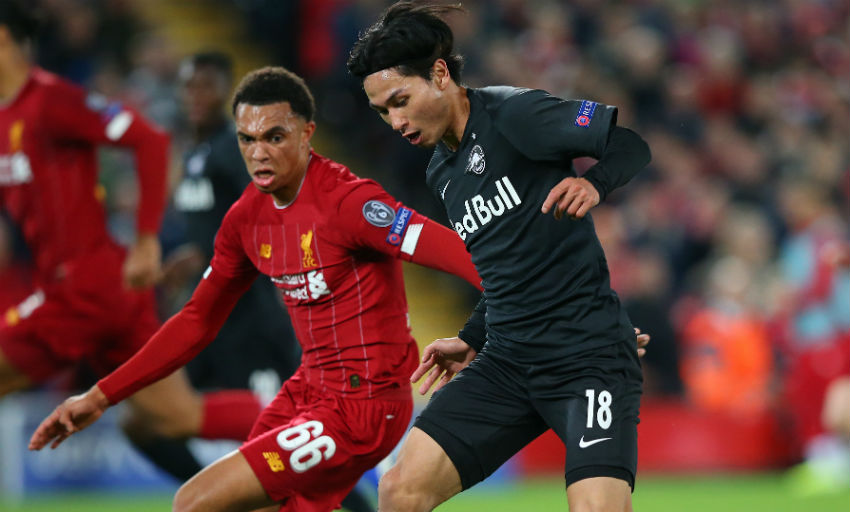 He is set to drift into areas that will likely be marshalled by Klopp's defensive midfielder. That responsibility could very well be handed to Henderson.

It was the position the captain operated in at Bournemouth on Saturday as he regained possession 12 times (second-highest for the team) during the match, in addition to providing a lovely assist for Alex Oxlade-Chamberlain's opener.

"Hendo was brilliant in the middle as he always is," Oxlade-Chamberlain said afterwards.

A similar performance will be needed.