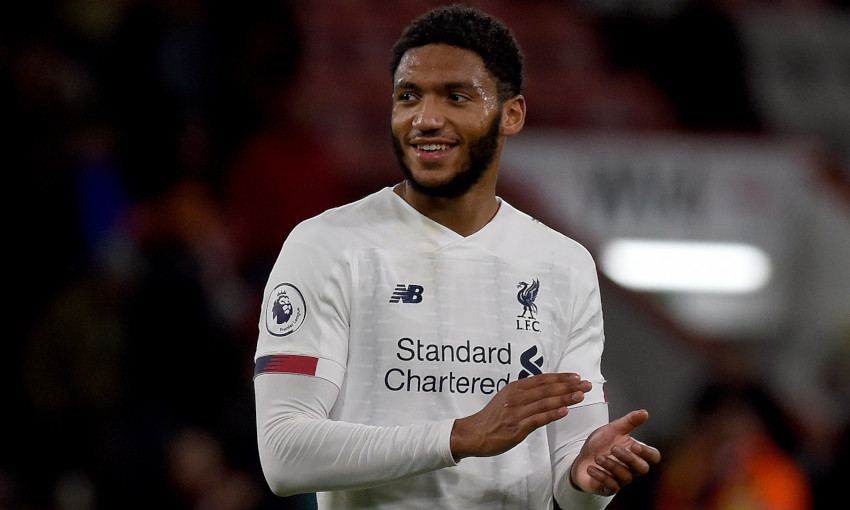 Liverpool chalked up a 15th win in 16 Premier League games with a controlled performance to beat Bournemouth 3-0 on Saturday.

Alex Oxlade-Chamberlain broke the deadlock 10 minutes before half-time on the south coast, and Naby Keita and Mohamed Salah took turns to set the other up for further goals either side of the interval.

The victory took the Reds 11 points clear of second-placed Leicester City ahead of their trip to Aston Villa today and extended a club-record unbeaten run in league football to 33 matches.

And there was a Premier League debut for an Academy graduate, too.

After acknowledging how close he had come to starting Keita in Wednesday’s Merseyside derby, the manager unleashed his No.8 as the most advanced of Liverpool’s three central midfielders at Vitality Stadium.

It was the Guinea international’s first appearance in a Premier League XI since late April.

And he followed the trend set by Divock Origi and Xherdan Shaqiri against Everton by fully grasping the opportunity with an influential and decisive performance from the centre of the pitch.

Assured throughout, Keita was clinical a minute before the break when he completed a cute one-two with Salah at the edge of the box and snuck in to collect his teammate’s backheel pass.

A prodded finish over the goalkeeper followed, establishing a cushion on the scoresheet for his team at a timely moment in the match.

Keita then returned the favour for Salah early in the second half with a perfectly weighted assist through the Bournemouth backline.

Salah made his 100th Premier League appearance – of which 13 were for former club Chelsea – against a side he has made a habit of punishing since joining the Reds.

The Egyptian had netted in four successive games against Bournemouth, a feat no other Liverpool player has ever managed, and continued that streak nine minutes into the second half on Saturday. 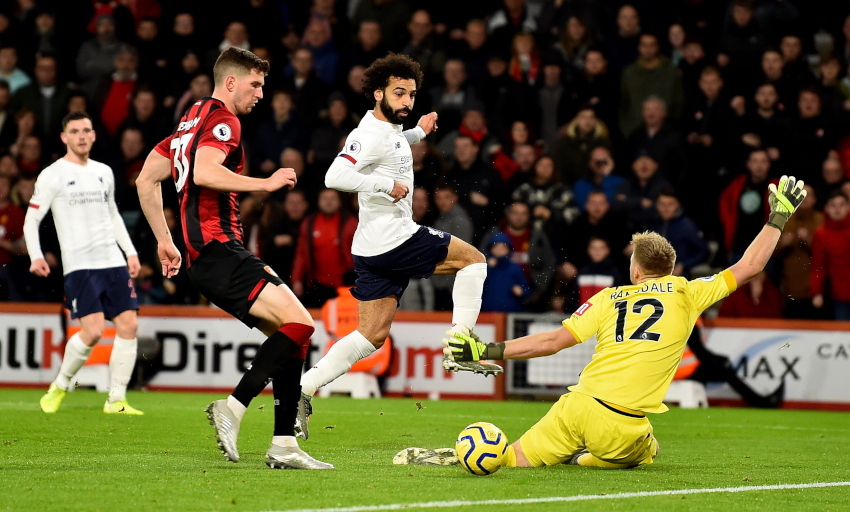 After moving into the opposition box to collect Keita’s angled pass, he delicately nudged the ball across Aaron Ramsdale and into the net, marking a high-quality display.

Salah was a constant threat off the right flank with his sure touch and speed in behind, sending four shots on target and playing four key passes to his teammates.

Only three men have racked up more than his 63 goals in their first 100 Premier League appearances – compelling evidence of the elite nature of his form for Liverpool.

Sharing the goals around

Both Oxlade-Chamberlain and Keita opened their league account for the campaign with their first-half strikes past the Cherries.

In doing so, the midfield pair increased the significant spread of Liverpool’s goals throughout this Premier League season so far. 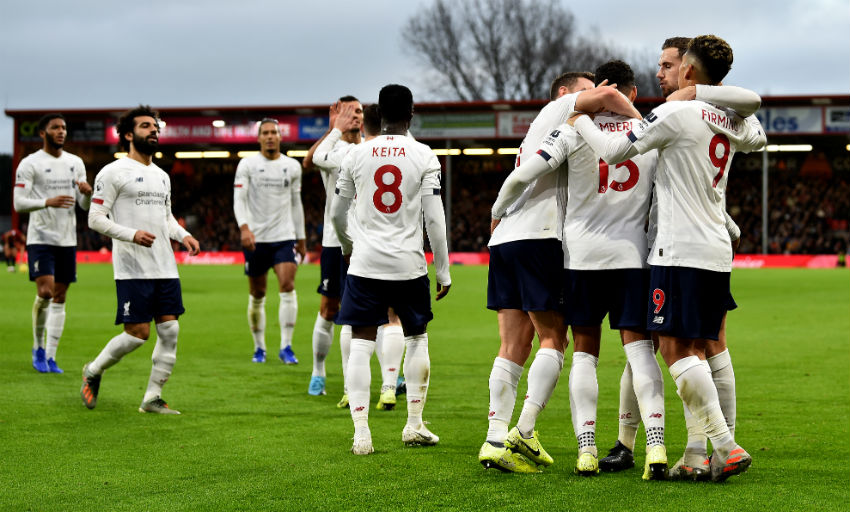 Joe Gomez was among the seven players brought into the line-up at Vitality Stadium as Jürgen Klopp again sought fresh legs amid a hectic fixture schedule.

The 22-year-old started the contest at right-back, with Trent Alexander-Arnold on the bench, but soon had to exhibit his defensive versatility.

Dejan Lovren was taken off as a precaution with a suspected injury, prompting a shift to a central position alongside Virgil van Dijk for Gomez.

“Joe Gomez, after a while out of the centre-half position, looked then immediately really natural,” said Klopp during his post-match assessment.

And though the boss expressed hope that Lovren’s issue is not serious, Gomez’s reliability could be vital in the short-term with a Champions League decider in Salzburg coming up on Tuesday.

Exactly 11 months on from his senior debut for the club, in an FA Cup tie with Wolverhampton Wanderers, 18-year-old Curtis Jones made his Premier League bow as a 76th-minute substitute.

We’ll just let the Scouser himself sum it up…

I grew up dreaming of this day🤯🙏 Unbelievable feeling making my premier league debut for @LFC today. Another great… https://t.co/y5Rbj0itMx

If there has been a blemish on Liverpool’s outstanding form this season, it has been the recent lack of clean sheets.

Indeed, Klopp’s men had not successfully shut out an opponent since the trip to Sheffield United on September 28, a run that stood in stark contrast to their meanness for the majority of 2018-19.

But they put that right on the south coast, restricting Bournemouth to just three shots and none on target.

Ox: Hendo was telling me to run - so I have to thank him!